Halloween Proposal Ideas That Will Make For a Wickedly Good Engagement 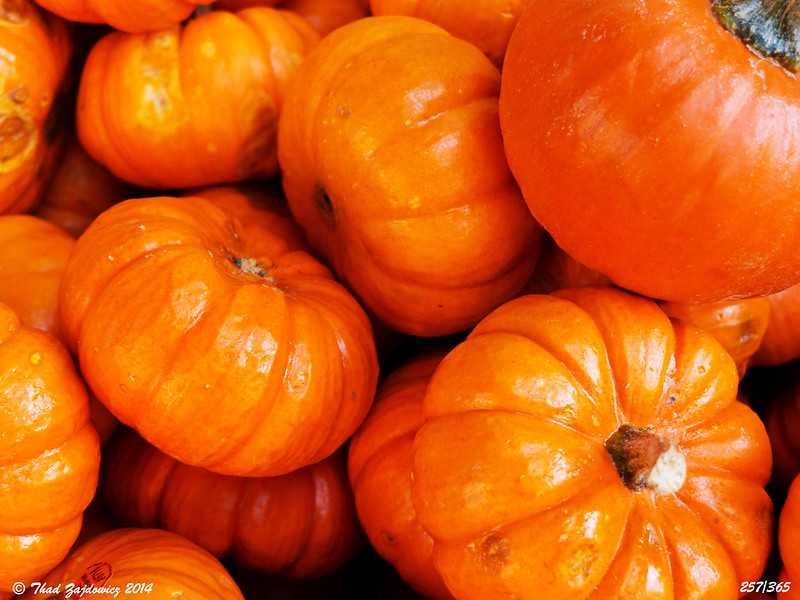 Proposing on October 31st is a great idea if you or your significant other love Halloween.

“I’ve told my husband I am divorcing him so we can marry on Halloween,” baker Helena recently joked to host Noel Fielding on the Great British Baking Show. There’s also a song from the 1960s that describes a perfect Halloween proposal. The ’60s southern rock band Classics IV sang, “A graveyard bash, if you will. “Just like a ghost, you’ve been a-hauntin’ my dreams / So I’ll propose, on Halloween / Love is kinda crazy with a spooky little girl like you.” The popular TV show Brooklyn Nine-Nine even featured a funny and feminist Halloween proposal.

According to a survey by British events company Chillisauce, Halloween is the fifth most romantic day of the year to propose, topped only by the more “traditional” holidays: Christmas, Christmas Eve, Valentine’s Day, and New Year’s Eve.

For one thing if you’re proposing on Oct. 31st you’ll definitely have the element of surprise since Halloween isn’t a holiday that’s typically associated with romance. Halloween proposals can be low-key, unique, and if you are gonna propose on the holiday, why not give the special occasion a Halloween theme? So here are some ideas for how you can pop the question on the scariest night of the year. 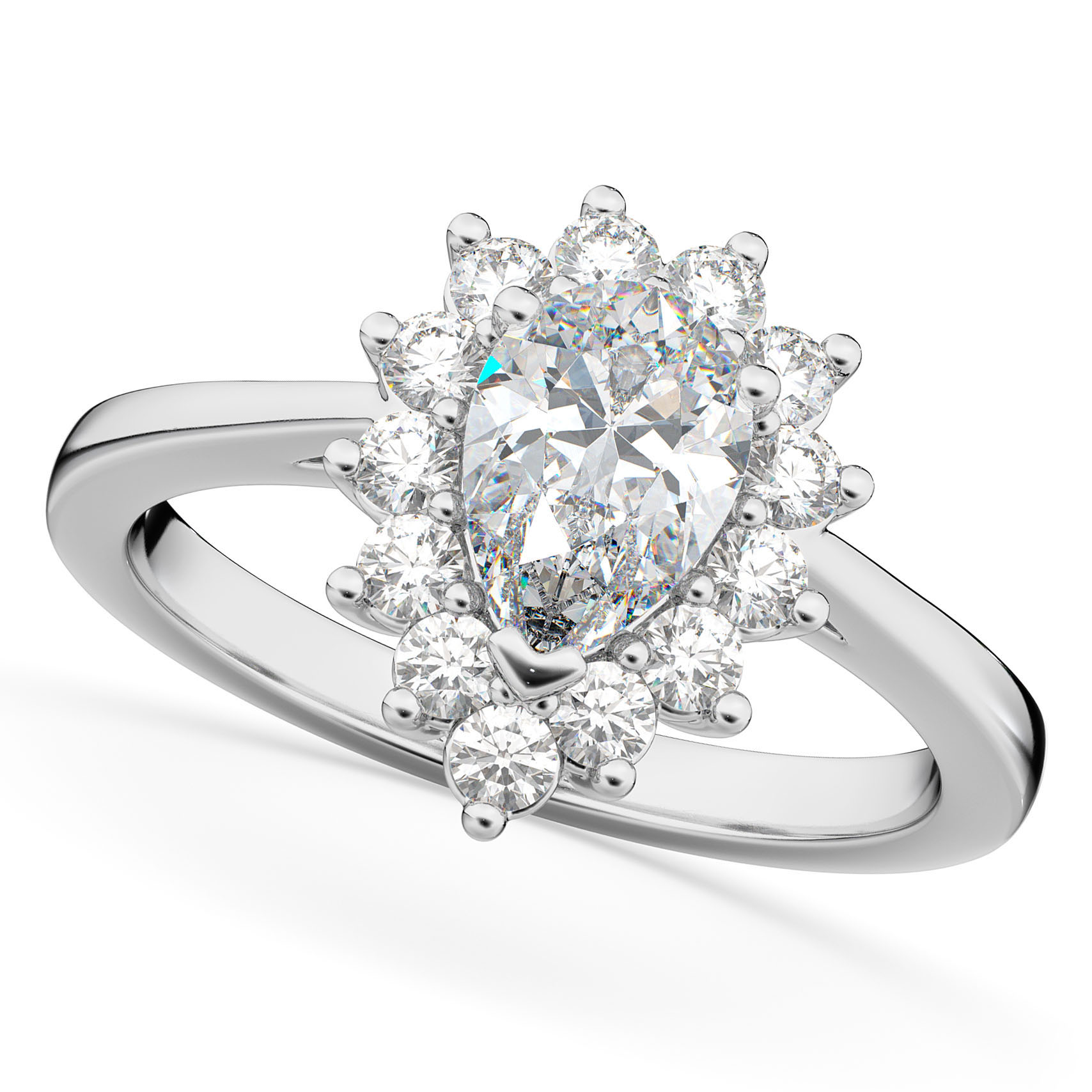 Proposing at the pumpkin patch is popular because of the nostalgic fall vibes and also the beautiful scenery that will make for great photos. One idea is to plant the ring on a stalk and tell your loved one to pick the pumpkin, or pick it yourself and pass it to them so that they see the engagement ring. You can also go pumpkin carving and arrange ahead of time to have your pumpkin (or multiple pumpkins) say “Will you marry me?” so when your partner is seeing the pumpkin, the message is shown.

Get four or five pumpkins and spell out “Will you marry me?,” light a candle in each and call your partner over to read the pumpkins as you present the ring.

If you want to carve the message into the pumpkin yourself, go right ahead! Despite it being messy and surprisingly hard work, it’ll definitely be fun and add to the sentimental value of the occasion. 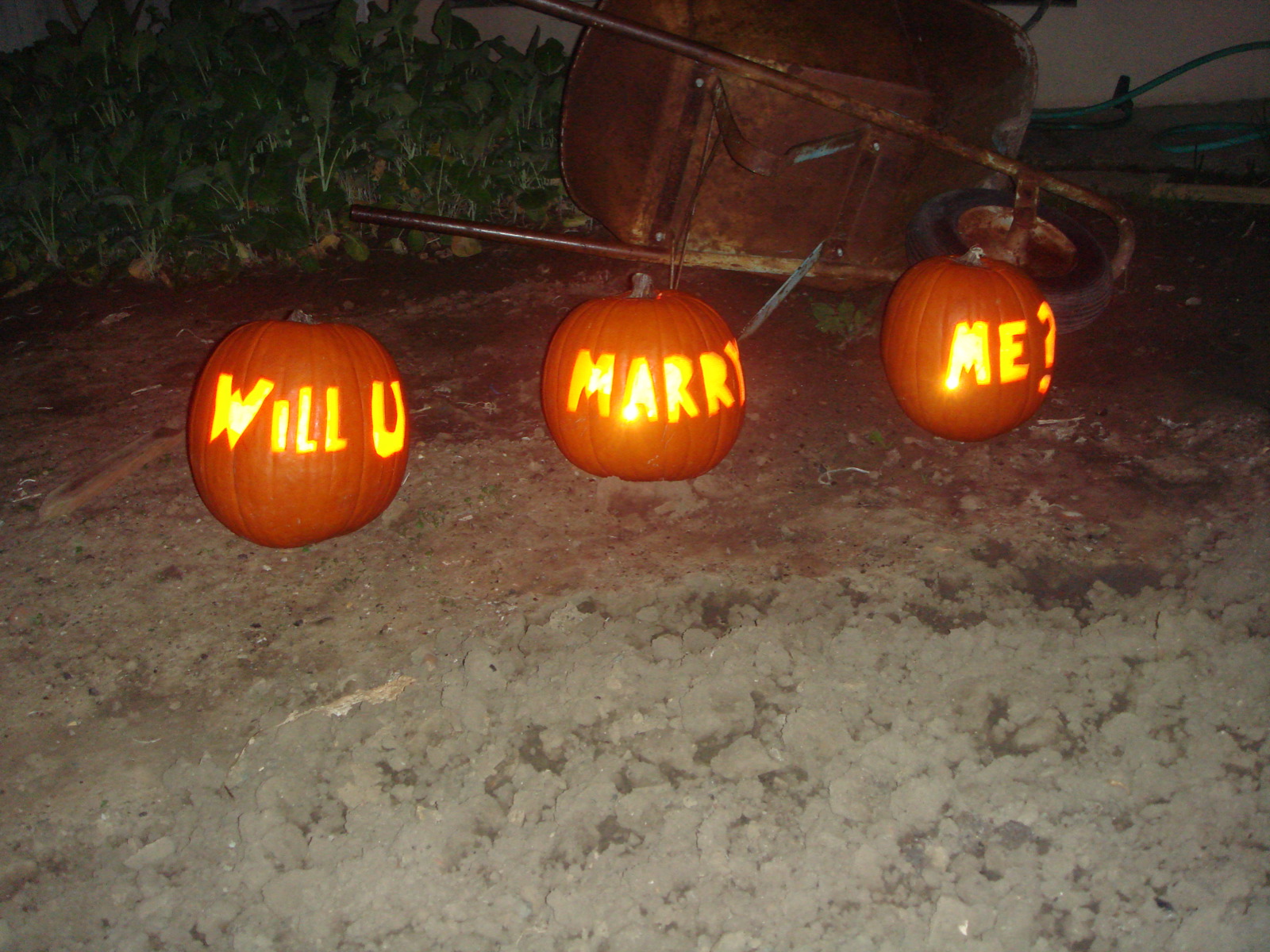 Do you or your partner have a favorite movie, scene or couple? If so, then we suggest getting inspired by that for your Halloween costumes and pop the question why in character. This works best with iconic and romantic dialogue that you can quote, and can even be funny if you try to put on the character’s accent, if they have one.

For this idea you can get as many people as you want in on the action and have they all dress up in coordinated looks also taken from your favorite movie, scene or etcetera.

Lyles explained, “If your goal is to surprise your significant other on Halloween, then use costumes to your advantage. For example, a maiden and a knight in shining armor, Lady and the Tramp, a prince and a princess, a famous couple through history, etc.”

One more idea: If your partner loves to be surprised (and would never expect you to get dressed up) then wearing a costume where she doesn’t know it’s you may be the trick! Tell her you can’t make it, but show up to your Halloween party in full costume and try to blend into the party as normal. Grab a bowl of candy, hide the ring box inside it and then go find your bride to be. You’ll definitely be surprising her then! 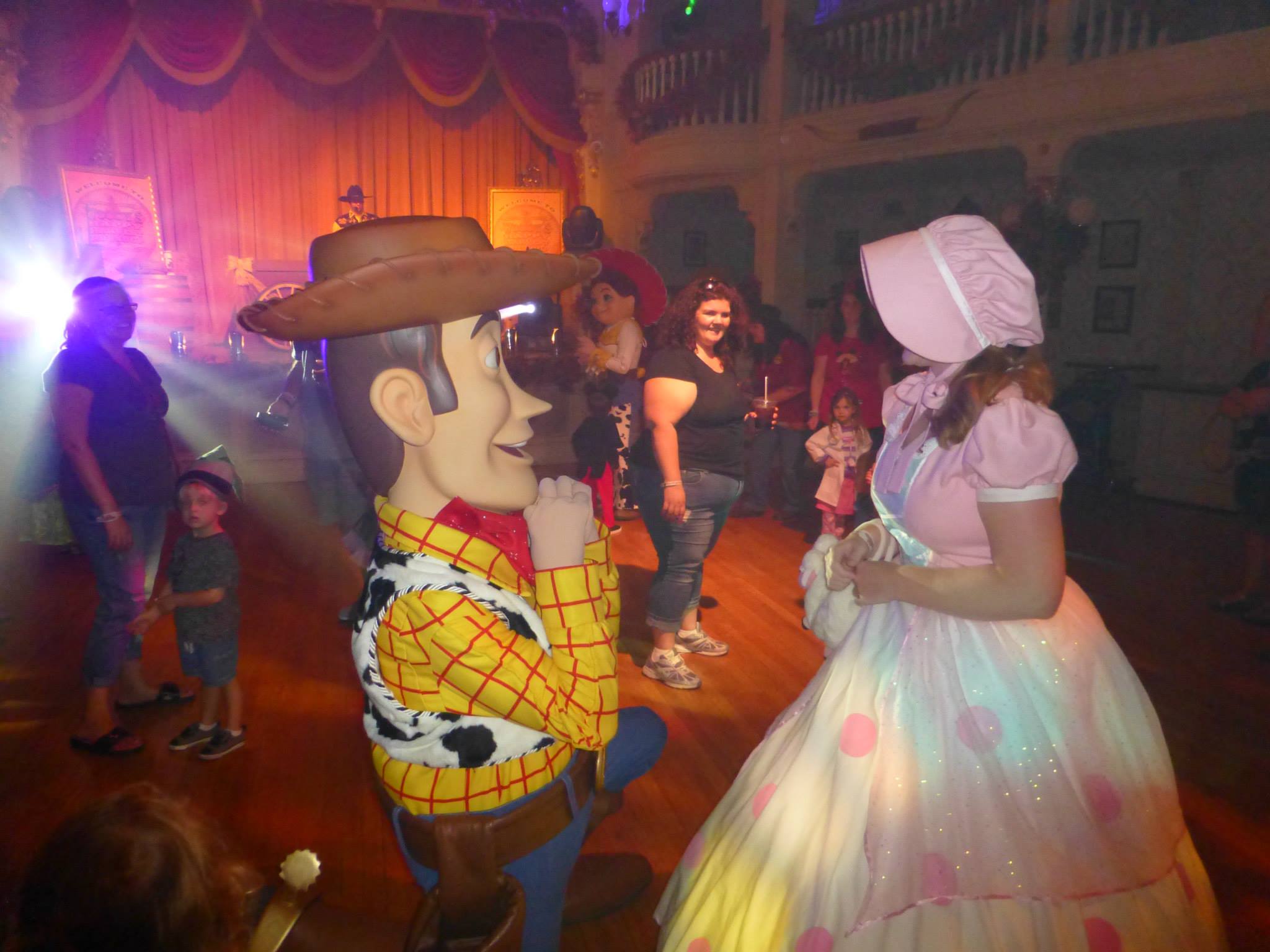 Trick or treating is the classic Halloween activity and can be another playful way to propose to your better half. Some ideas include making the engagement ring a surprise prize; slip it into their candy bag, or present it when they choose a ‘treat’. A diamond ring will be a sweeter surprise than candy! And if either one of you have a sweet tooth, you can also use candy to create a memorable Halloween proposal. Order custom M&M’s that will say “Will You Marry Me?” or spell it out with candy corn.

For playful couples, you can pop the question by incorporating a Ring Pop. Taylor Kinney proposed to Lady Gaga with a Ring Pop, followed immediately by a stunning heart-shaped diamond ring. 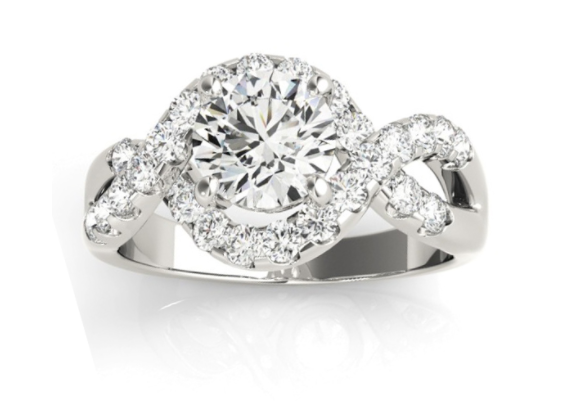 This one is an a-maze-ing idea! Fall is the season of corn mazes and if you and your partner love doing them, then why not incorporate it into your proposal! Also your partner will never guess it’s coming because they’ll be too preoccupied with trying to figure out how to get out of the maze.

Have your family and friends already waiting to greet you guys at the end of the maze when you get out and pop the question in front of everyone who’s important in your life.

Another similar idea suggested by jewelry expert Tracey Lyles, who told Elite Daily: “Prior to going through the maze, you could work with the company to set up photos and memories of your relationship at different points of the maze, so as you’re going through, you can reflect on all of the amazing times you’ve had together. After you survive the maze, you can have an area set up and have a sign that says, ‘We maze’d it, will you marry me?’” 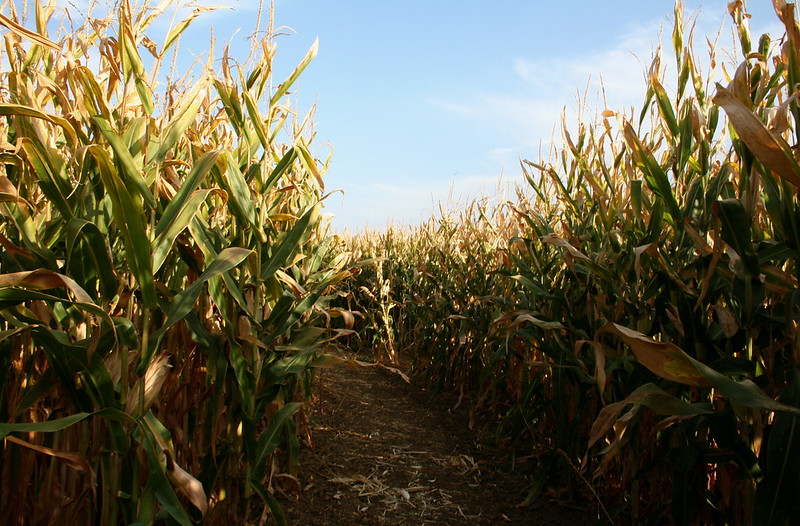 After a good scare at a favorite haunted house, pick a scenic (or spooky) wonderful spot outside of the fright fest to pop the question. Your partner will definitely be throw off guard after the scares you guys just experienced in the haunted house. This proposal is definitely not for the faint of heart, since some people are too scared of haunted houses, but if you can pull it off — I mean, is there anything more “Halloween” than a haunted house? 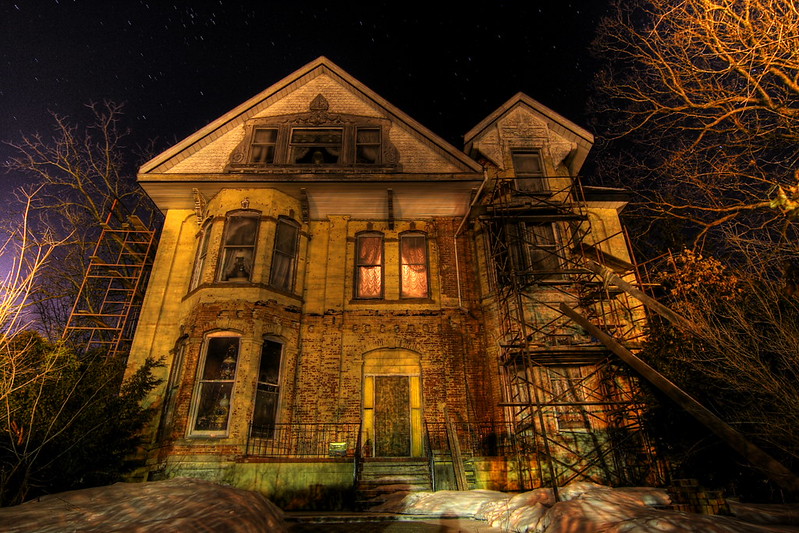 On a ghost tour

There are many well-known haunted cities and if you and your partner are into that, then why not schedule a late night ghost tour on Halloween, and use the ambiance to propose. Make sure to tell the tour guide in advance and ask about areas of particular significance that might make the proposal’s even better. This is also a fun way to involve friends or family without your partner asking why they are there.

We’ll end with this spooky proposal story, found with Reddit’s help, that can inspire you with another proposal idea: “I have always been obsessed with Halloween and anything creepy. I just so happened to fall in love with a Romanian and on a visit to see his family, he proposed at Dracula’s castle in Transylvania. Spooky dream come true.” 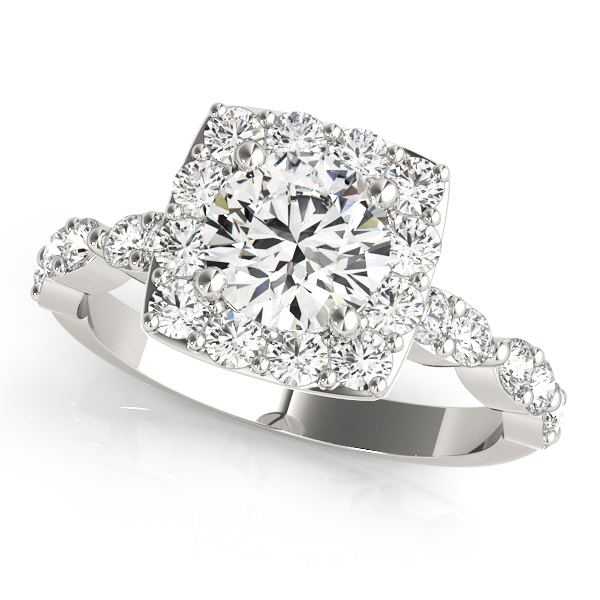