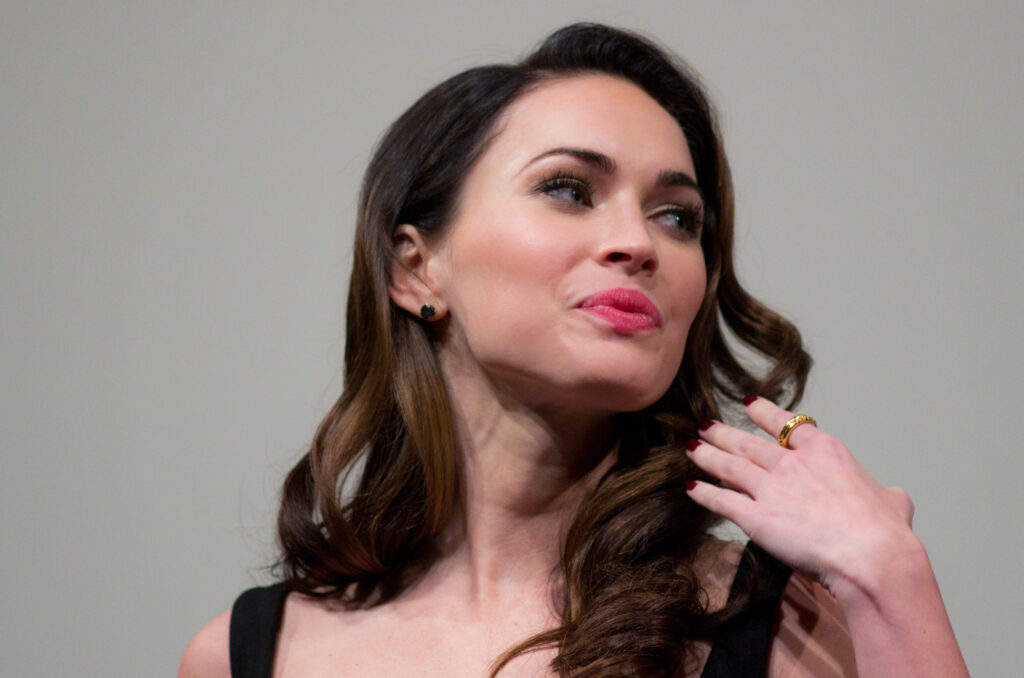 Musician Machine Gun Kelly proposed to actress Megan Fox with a unique and sentimental emerald and diamond engagement ring, and we’ve got some bling inspired by the bride-to-be’s untraditional piece of jewelry.

Machine Gun Kelly, whose real name is Colson Baker, announced his engagement to Fox in an Instagram post on Jan 12, a day after he actually proposed. The 31-year-old popped the question to the “Transformers” actress, 35, in Puerto Rico with the diamond and emerald engagement ring, and afterwards they supposedly drank each other’s blood. The gemstone engagement ring features a pear-cut emerald and diamond stones set on magnetic bands. The emerald is Fox’s birthstone and the diamond is Baker’s birthstone.

Baker also shared on Instagram a close-up of his fiancee’s new engagement ring.

“‘Yes, in this life and every life,'” Baker wrote in the caption. “beneath the same branches we fell in love under, i brought her back to ask her to marry me.”

Baker later told Vogue magazine that the ring’s gemstone is “a thoroughbred Colombian emerald, with no treatment. It was just carved into the teardrop, straight out of the mine.” He also said, “The concept is that the ring can come apart to make two rings. When it’s together, it’s held in place by a magnet. So you see how it snaps together? And then it forms an obscure heart. And you see this right here? The bands are actually thorns. So if she tries to take it off, it hurts…”

In her own Instagram post announcing her engagement, Fox shared a video from the proposal, which she confirmed took place the same place where they first fell in love in July 2020.

“Somehow a year and a half later, having walked through hell together, and having laughed more than I ever imagined possible, he asked me to marry him,” Fox wrote. “And just as in every lifetime before this one, and as in every lifetime that will follow it, I said yes……and then we drank each other’s blood.”

The ring’s jewelry designer told E! News about the ring: “The resulting ring actually consists of two interlocking thorn bands each holding the two gems, which by the use of magnets buried within the gold, are attracted to each other and sit together perfectly in the finger, a detail that is both modern and quite extraordinary.”

One jewelry designer estimated that the pear-cut diamond and pear-cut emerald are about five carats each. The expert added that the ring would be valued at $350,000 if the stones are “the best-of-the-best” quality.

Another jewelry designer estimated that the stones are six carats each and valued the ring at $300,000, according to E! News. The designer said in a statement, “This Toi et Moi style has a very unique look. The gorgeous white diamond and green emerald really complement each other. The two pear-shaped gemstones, a timeless cut that dates back to the 15th century, are showcased in a multi split shank design featuring round diamonds in a pave setting set on platinum.” The expert added that the ring is a “modern, edgy and elegant” piece. 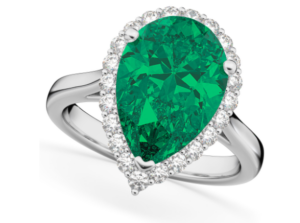 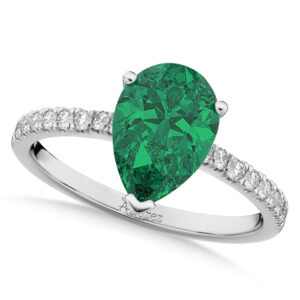 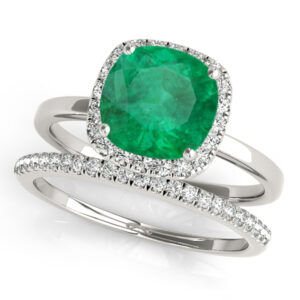 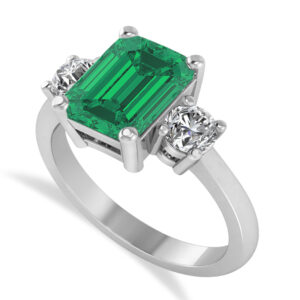