Hailey Baldwin’s Engagement and Wedding Rings From Justin Bieber: Everything We Know 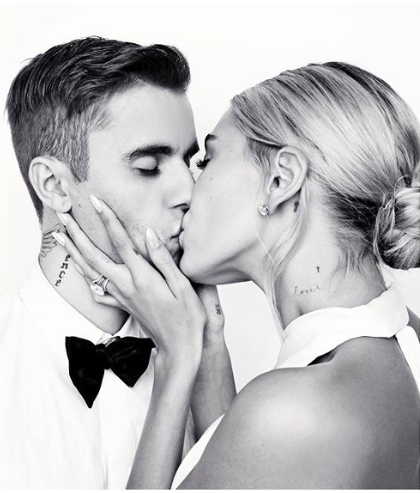 Model Hailey Baldwin, who married singer Justin Bieber for a second time in a second ceremony recently, flaunted her new wedding ring and engagement ring set on Instagram, giving everyone a glimpse of the massive rocker. Here’s everything we know about it.

The wedding ring set is “a Tiffany Soleste 18-karat gold diamond-encrusted band (valued at $3,125) and a Tiffany Soleste 18-karat gold and diamond V-ring (valued at $2,150),” according to People magazine, while Page Six has reported that the oval diamond engagement ring includes a diamond of about 6 carats. It would likely retail for approximately $400,000, according to Andrew Brown, president of WP Diamonds. 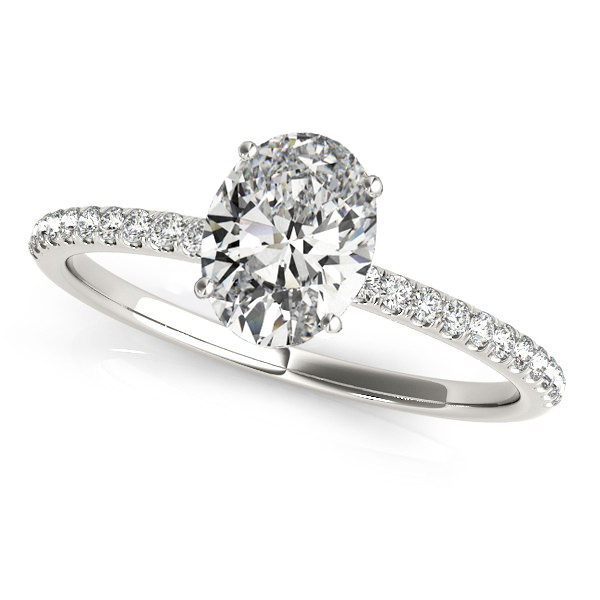 According to Us Weekly, the model’s rumored-to-be $2 million oval diamond engagement ring from a NYC-based jewelry company and back in July, the Bieber confirmed on social media that he worked with the company on the ring. The jewelry company said about working with the “Baby” singer, “In the end, Justin wanted something that would gracefully accentuate Hailey’s beautifully shaped hands. We settled on an oval stone that was just exceptional in its length and grace.”

On its own Instagram account, Solow & Co. shared that it was celebrating the couple’s engagement by donating $5,000 to the charity of Baldwin’s choice: the Carol M. Baldwin Breast Cancer Fund.

Baldwin’s ring is similar to the stunning engagement ring actress Blake Lively received from actor Ryan Reynolds back in 2012 and maybe it was even inspired by the former Gossip Girl. The model once tweeted that she was a fan of Lively’s oblong engagement ring and now she has a similar version of her very own. Coincidence or no? I guess we’ll never know.

The ring was also seen in all its glory when the couple graced the March 2019 cover of Vogue magazine.

According to StyleCaster, oval engagement rings are going to continue to be very popular in 2020. One jewelry expert told the website, “Ovals, every women wants an oval and there seems to be a shortage of them in the industry… Nobody has an answer why, except for it’s in ‘high demand.’ I’m sure it has to do with the recent surge in celebrities wearing oval cut diamond engagement rings. It’s definitely a beautiful option, elongated and soft; ovals are the best of both worlds when it comes to round shape for a big look.”

The oval shape is very of-the-moment, with A-listers like Sarah Hyland, Lais Ribeiro, Melissa Benoist, Erin Foster, Katie Peterson, and Jenny Slate rocking a similar cut. Another jewelry expert told Us Weekly, “The oval diamond trend has remained a favorite for today’s brides and celebrities because of its elongated cut and surface area, making it one of the largest-looking shapes. Ovals are a favorite on simple, dainty bands like Sarah’s because they don’t always need a halo to look big and beautiful.” 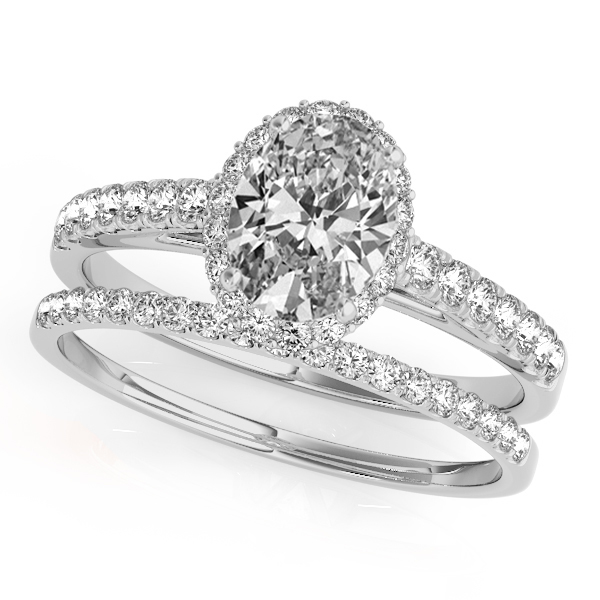 Hailey, 22, and Bieber, 25, had a small and intimate second wedding that took place in South Carolina on Sept. 30.

After first marrying in a secret New York City courthouse ceremony in September 2018, the couple said their “I Do’s” again in front of 154 guests — including models Kendall Jenner, Camila Morrone, Jourdan Dunn and Joan Smalls, as well as Bieber’s manager, Scooter Braun, and his ex, Caitlin Beadles, Corey Gamble and Kylie Jenner — at Somerset Chapel, a source confirmed to People magazine.

Bieber dressed up his classic tuxedo for the second wedding with a grill that sat on his bottom front teeth and actually matched the bride’s layered engagement and wedding rings. He also gifted himself a $50,000 watch to wear down the aisle.

For the ceremony Baldwin accessorized her wedding reception dress with a pair of more than five-carat diamond stud earrings. She also wore three white wedding dresses to the event. The bride walked down the aisle in an off-the-shoulder, long-sleeved lace gown by Virgil Abloh’s Off-White that featured pearl embellishments, a low back, a corseted bodice and a mermaid silhouette with a long train. Baldwin added a sheer veil that was embroidered with the words “‘TILL DEATH DO US PART.”  Following the reception, she changed into a white halter-neck gown by Ralph & Russo with a ruched waist and hip-high slit and once it was time for dancing, Baldwin slipped into an ivory bias-cut silk charmeuse slip dress by Vera Wang with a plunging back, hand-draped sleeve and crisscrossing straps. She paired her final look with sneakers.

Their first wedding took place just two months after they get engaged, and they “always planned” to have a bigger celebration with loved ones, a source told People. “Since they only had a civil ceremony, it’s very important to them to have a religious ceremony as well,” the source added. Just four days after their second wedding, Bieber showed off his wife’s new jewelry on his Instagram stories, including a gold chain necklace with the word “wifey” spelled out in diamonds.

The pair briefly dated in late 2015 and early 2016, before splitting. They later reunited in 2018, which led to their short engagement and wedding. 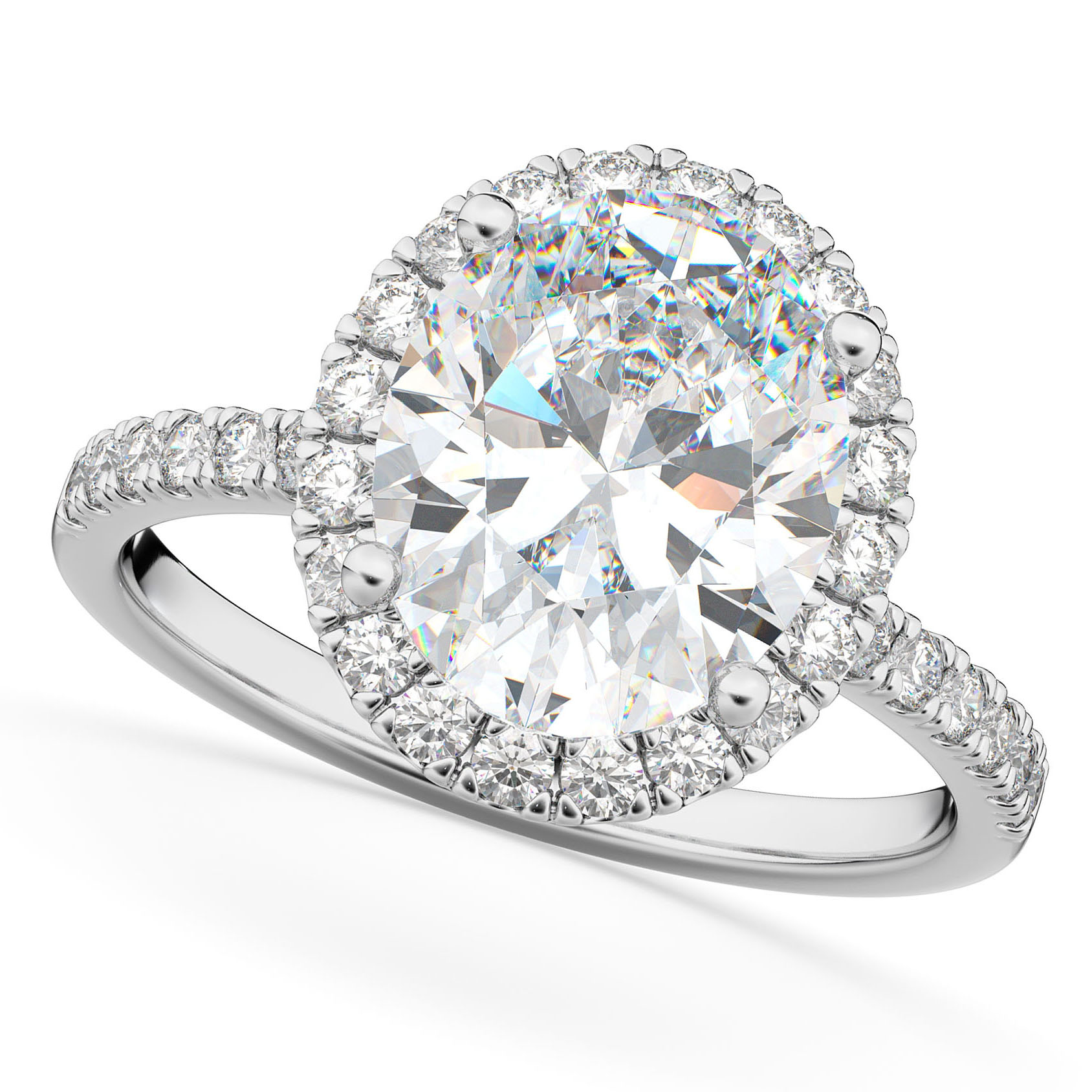