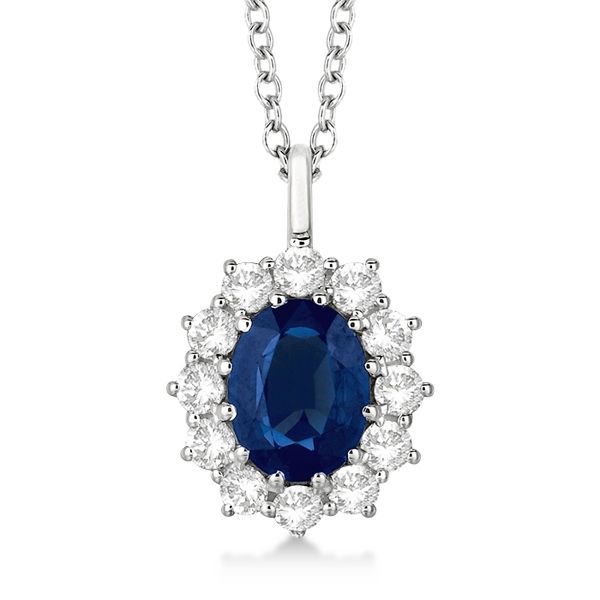 With its rich blue color, the sapphire, September’s birthstone, is loved by many. There’s so much to learn about the beautiful jewel and here all the important info you need to know about the beloved gemstone before you make a purchase, or just for your own knowledge!

Sapphires: about them and their meaning

This gemstone is believed to represent truth, sincerity, integrity, loyalty and nobility, according to The American Gem Society, which said the stone is also believed to help the mind focus, encourage self-discipline, and channel “higher powers.” Nobility in ancient Greece and Rome believed that blue sapphires protected their owners from harm and envy, and the clergy of the Middle Ages wore sapphires because they symbolized heaven. Greeks also wore sapphires for guidance.

Buddhists believed it brought “spiritual enlightenment” and Hindus used it during worship, according to the Gemological Institute of America (GIA).

Most people know (and usually refer to) the royal blue variety of the gem, but sapphires can actually occur in all colors of the rainbow — accept for red, which are classified as rubies instead. Sapphires in any color but blue are called “fancies.” The American Gem Society noted that in the US, these gemstones must meet a “minimum color saturation” requirement in order to be considered rubies.

There’s also an interesting variety called color-change sapphires. GIA explained that these stones appear to be a different color under different lights and most often go from “violetish blue in daylight or fluorescent lighting, to deep reddish purple in incandescent light.”

The name “sapphire” originally stems from the Latin word sapphirus and the Greek word sappheiros, which means “blue stone.” Some believe, however, that the name originated from the Sanskrit word sanipriya, which meant “dear to Saturn.”

Sapphires were discovered in Kashmir, India around 1881 when a landslide high in the Himalayas mountain range exposed a “large pocket of velvety ‘cornflower’ blue crystals,” according to GIA. Sapphires have since been found in Myanmar, Thailand, Vietnam, Sri Lanka, China, Australia, Brazil, Africa and North America (mainly Montana). For sapphires, according to GIA, their origin can affect their value as much as color, cut, clarity and carat size (which are the 4 Cs that are important to consider when examining any gemstone). Madagascar currently leads the world in sapphire production, but that wasn’t always the case. Australia was a major source of sapphires until deposits were discovered in Madagascar during the 1990s.

The gemstone is quite tough and measures a 9 on the Mohs scale (second only to diamonds). Because of their profound hardness, the American Gem Society noted that sapphires are not only valuable in jewelry, but also in “industrial applications including scientific instruments, high-durability windows, watches and electronics.”

Sapphires are made up of the mineral corundum, which is composed of aluminum and oxygen. Corundum in its purest state is colorless, which is very rare to find, according to the GIA. Most corundum contain additional elements — such as iron, titanium, magnesium, vanadium, and chromium — that replace aluminum in the corundum structure, interact with each other, and produce coloration. For example, the blue in sapphire requires interaction between iron and titanium.

GIA explained that interactions between these “impurity elements” are sometimes in combination with imperfections in the gem’s crystal structure, which absorb light and impart color onto the mineral.

Fashioned sapphires most commonly appear in cushion and oval shapes, but a blue sapphire cut into trilliant (triangular), emerald, pear and marquise shapes can also be found.

There are so many famous sapphires to mention (how much time do you have?) so we listed only a few below.

The 422.99-carat Logan Sapphire, currently located in the National Museum of Natural History, is the second largest faceted blue sapphire ever found. It was once owned by Mrs. John A. Logan, the wife of a prominent US Congressman, and is internally flawless. The largest faceted sapphire in the world is the 466-carat Blue Giant of the Orient. According to the magazine Harper’s Bazaar, the sapphire disappeared in 1907, under “mysterious circumstances” and only resurfaced this century.

The oval-shaped Star of Adam is the largest blue star sapphire in the world, weighing 1404.49 carats, and the Star of India, which weighs in at 563.35 carats, is one of the largest sapphires in the world and has a unique star shape that appears on both sides. Financier J. P. Morgan presented the Star of India sapphire to the New York Museum of Natural History in 1900.

The  Star of Adam, Star of India and the 182-carat Star of Bombay came from mines in Sri Lanka.

The 62.02-carat Rockefeller Sapphire is an internally flawless cornflower blue sapphire that is named for John D. Rockefeller Jr. Rumor has it that it has links to the Indian Maharaja Mir Osman Ali Khan, the last Nizam of Hyderabad.

The British Royal Family has a real love for sapphires and its shown through many generations of the monarchy. Princess Diana’s sapphire and pearl choker is also considered among the “famous sapphires” of the world. It was given to her originally as a brooch by the late Queen Mother, but Princess Diana turned the gem into a choker, which features seven strands of pearls. Princess Diana also had a Saudi sapphire and diamond suite, which Harper’s Bazaar says was her most photographed jewelry pieces. She received the suite of sapphire jewelry from the Crown Prince of Saudi Arabia for her wedding to Prince Charles, and she was worn it on multiple occasions after that.

Speaking about the British royal family, the Stuart Sapphire is a cabochon-cut sapphire that weighs 104 carats and is part of the Royal Crown Jewels of Queen Elizabeth II. It was reportedly acquired by her ancestors in the 14th century. And who can forgive Duchess of Cambridge Kate Middleton’s sapphire engagement ring! Prince William proposed with the stunning ring in 2010. 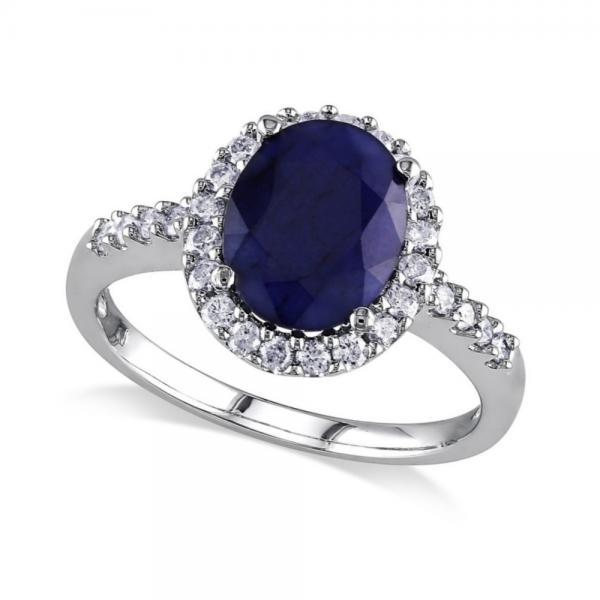 How to buy (and clean) a sapphire

The September birthstone is relatively hard (measuring 9 on the Mohs Hardness Scale) so its a great choice for rings and daily wear. Here are some tips that will come in handy when shopping for sapphire jewelry, whether it be for yourself or as a gift for someone else.

It doesn’t end there! When actor Javier Bardem proposed to actress Penelope Cruz, he did it with a vintage three carat sapphire ring, in which the gemstone is surrounded by a halo of diamonds. Fashion designer Mary-Kate Olsen’s vintage engagement ring features 16 sapphires and to top things off we have to mention Spice Girls singer and fashion designer Victoria Beckham, who has been gifted 13 engagement rings from her husband, soccer star David Beckham. Her eighth engagement ring is a round cut sapphire ring.

Keep in mind that when cleaning sapphires (whether it be blue sapphire earrings, a necklace or whatever) warm, soapy water is the best option, according to GIA. They explained that even mild acids, like lemon juice, can damage the stone.