Was it Meghan Markle or Grace Kelly? What about Queen Elizabeth?

The question is, whose royal engagement ring was the most extravagant and, most importantly, your favorite?

We’ve rounded up a list of our favorites and also some more affordable alternatives for us commoners.

Originally, Prince Rainier III proposed to Hollywood icon Grace Kelly with a simple eternity band dotted with rubies and emeralds. He later got her a platinum Cartier engagement ring with a 10.47 carat emerald-cut diamond flanked by two baguettes. Kelly wore the engagement ring in her last movie before becoming princess of Monaco, “High Society,” which also featured Bing Crosby and Frank Sinatra.

That diamond ring was displayed at the “Grace, Princess of Monaco: A Tribute to the Life and Legacy of Grace Kelly” exhibit at Sotheby’s in New York in 2007. 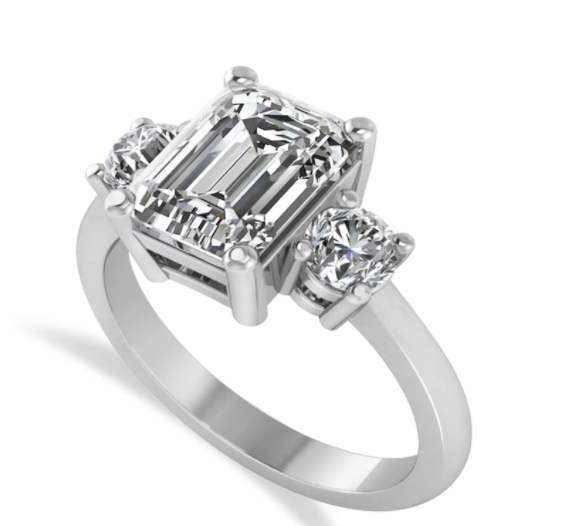 The diamonds in the Queen’s 3-carat diamond engagement ring came from a diamond and aquamarine tiara that belonged to Prince Phillip’s mother, Princess Alice of Battenberg (later known as Princess Andrew of Greece and Denmark), who was Queen Victoria’s great-granddaughter. The ring is made up of one three-carat diamond surrounded by 10 smaller diamonds.

The Prince additionally selected sones from the tiara and turned them into a wide diamond bracelet for the Queen, which he gave to her as a wedding gift. 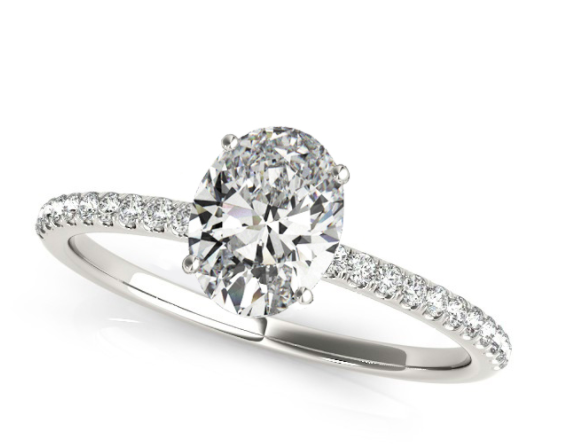 Princess Diana picked out her own sapphire engagement ring from a Garrard catalogue. Her ring had a 12-carat oval Ceylon sapphire that was adorned with 14 solitaire diamonds, resting on a white gold band. It cost about $36,000 in 1981 but today is priceless. 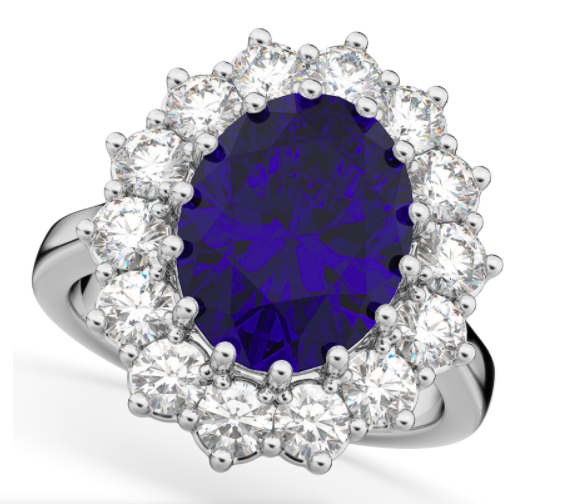 Meghan Markle’s is a three stone diamond ring, with a 3.5 carat cushion cut center stone that has two round brilliant diamonds on either side on a yellow gold. Prince Harry designed the three stone engagement ring.

The two smaller stones are from his late mother Princess Diana’s personal collection, while the center stone is from Botswana.

Crown Prince Felipe of Spain presented Letizia Oritz in 2003 with a band of diamonds instead of a traditional engagement ring. The ring contained 16 baguette diamonds with white gold trim. In addition to the ring he also gifted his lady a necklace from the family collection. 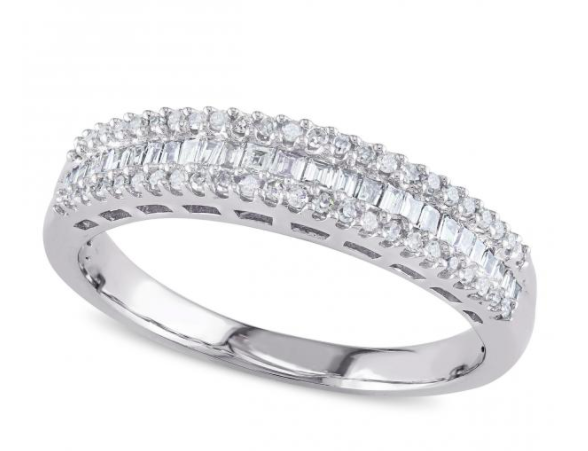 Crown Prince Frederik of Denmark proposed to Mary Elizabeth Donaldson in 2003 with a ring made of rubies and a single diamond, which symbolize the colors of the Danish flag. Crown Princess Mary wears it with an 18 carat white gold ring with 24 square princess cut diamonds. 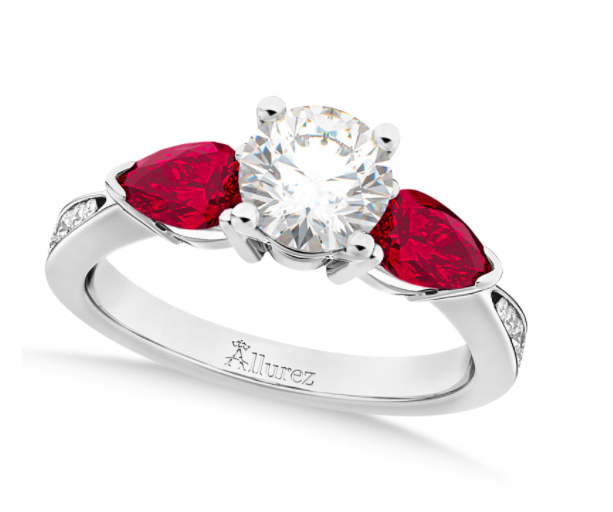 The most recent British royal to get engaged is Princess Beatrice, Prince Harry’s cousin. Her fiancé Edoardo Mapelli Mozzi asked her to marry him in Italy in Sept. 2019, with a platinum and round-cut 3.5 carat diamond ring that is set with a pair of tapered baguettes on each side of the center stone. Mozzi helped design the ring, which cost an estimated $100,000, according to Insider. Closeup shots of the ring were posted on Instagram by the princess’ sister, Princess Eugenie. 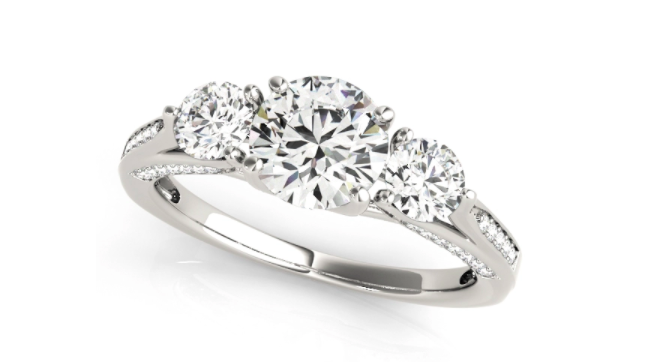