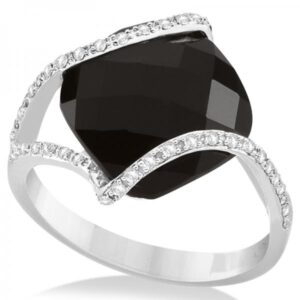 Onyx may not seem so attractive when it comes to jewelry because of its dark and somber hue, but just like the saying goes that every woman should own a little black dress — because of its versatility — the same can be argued about onyx.

Onyx jewelry matches and compliments virtually every outfit. That’s the reason why onyx rings and other onyx jewelry has been prominently featured by high fashion designers as of late and seen on celebrities at red carpet events for many years now. It works well with white gold, yellow gold and rose gold. Is there anything that black doesn’t match?

Another question to ask is – how much do we know about onyx? So we’ve gathered all the facts from the top sources — the International Gem Society and the Gemological Institute of America (GIA).

Onyx is a type of chalcedony, which is itself a form of microcrystalline quartz. It ranks a 7 on the Mohs hardness scale, making it not insanely durable for jewelry, but not horrible as well.

Although onyxes may be found with bands of various colors, white and black layers are the most common and wellknown. Gems with a black base color and a white upper layer are known as “true” or “Arabic onyx.”

Other varieties include carnelian onyx, which has white and red bands, and sardonyx, with its white, yellow or brown bands. Onyx is often used in carved cameos and intaglios (a design incised or engraved into a material) because its layers can be cut in a way to show a contrast in color between the design and the background.

Historically speaking, onyx is one of the 12 stones mentioned in the Old Testament as it adorned the breastplate of the high priests. Ancient Romans also used the name “onyx” to describe a variety of stones, including alabaster, chalcedony, and what is now known as onyx marble. During the Victorian Grand Period (1861-1885), onyxes were popular gemstones, specifically associated with mourning.

Onyx is also the traditional birthstone for the month of August. 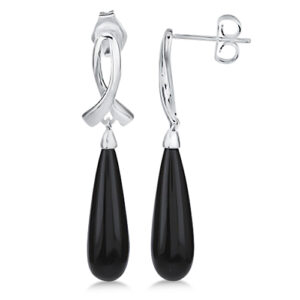 Unless a gem certificate explicitly states that a black onyx has been untreated, assume it’s treated. In fact, most solid black onyxes sold today are actually dyed black chalcedonies and their certificates will state “probably dyed,” according to the International Gem Society. Chalcedony is extremely porous, so it readily absorbs dyes of any color.

They explained that shoppers looking to purchase onyxes “are more likely to encounter simulants, natural gemstones or lab-created materials that look like onyxes but with distinct chemistry and/or crystal structures.”

“For example, synthetic materials such as black, opaque, devitrified glass as well as black, opaque cubic zirconia have been used as onyx substitutes. Natural gemstones such as augite and opaque, black spinel have also been offered or misidentified as onyxes.”

To create black onyxes, the process seems fairly simple but also intricate. Gray-colored slabs of chalcedony are typically soaked in a sugar solution, then heated in sulfuric acid. This procedure, which may leave small carbon particles in the pores, creates a black color, but only to a depth of a few millimeters. Also polishing this kind of treated material may remove the black layer. 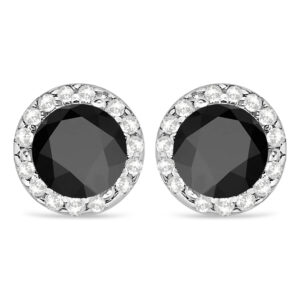 Because their hardness is a 7, they are good at resisting scratching and with no cleavage and a tough tenacity, they can resist chips and physical pretty well.

As a word of advice to gem cutters, the International Gem Society said cutters “should note that silicious mineral dust from quartz, including onyxes, may cause silicosis and silicotuberculosis. Although some debate exists over whether non-crystalline silica will cause these diseases, gem cutters should still use dust masks and have proper ventilation for their workspaces…Wearing and handling finished stones should pose no risks.

Since onyxes are often dyed and lab treated, clean them only with a soft brush, mild detergent and warm water. Avoid using ultrasonic or other mechanical cleaning systems. 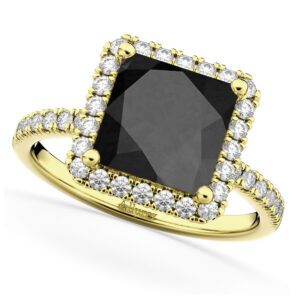