What Could Replace Diamonds in a Wedding Ring?

What Could Replace Diamonds in a Wedding Ring? 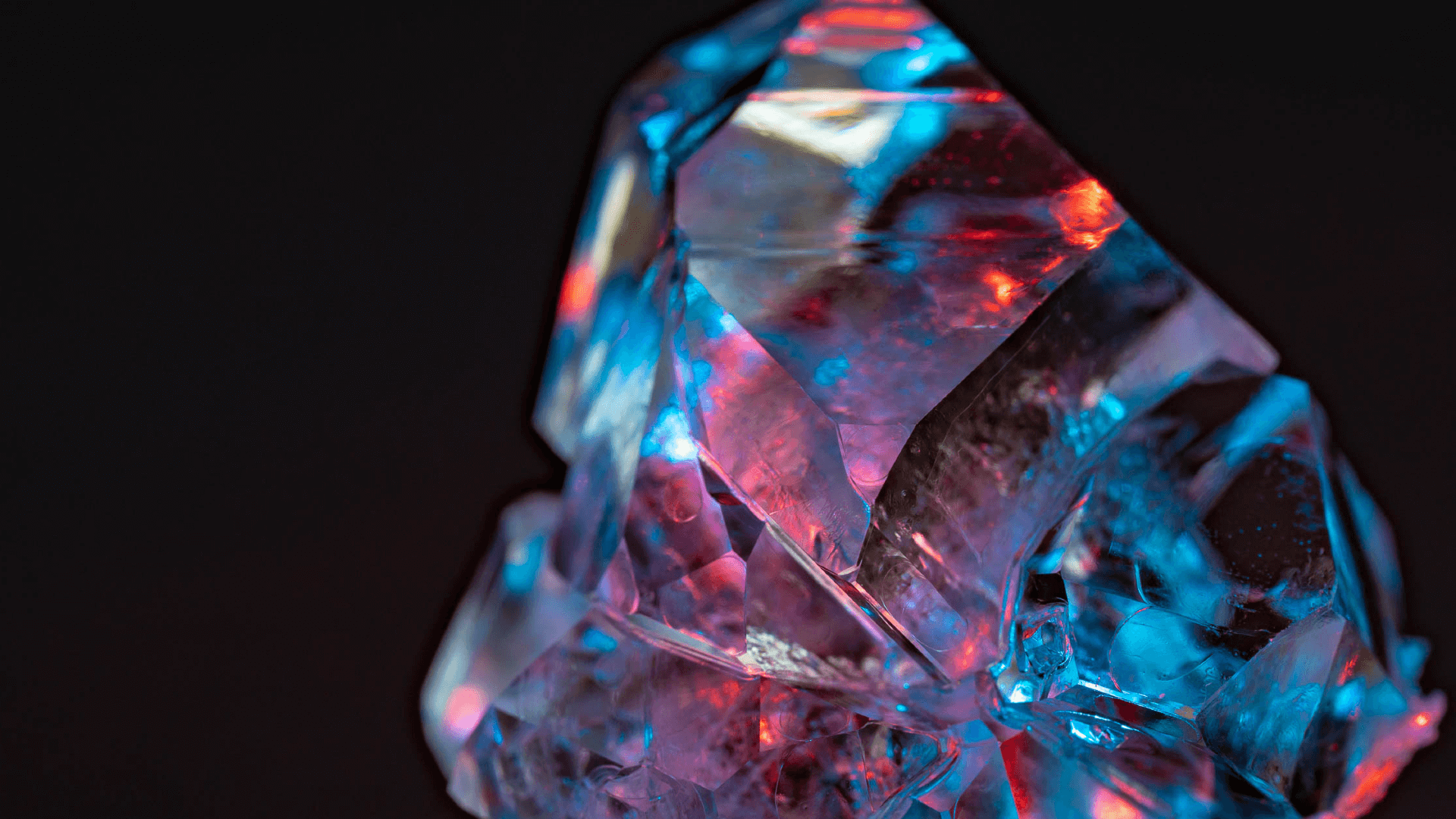 Historians have traced the tradition of diamond engagement rings back to 1477, when Archduke Maximilian of Austria gave a sparkly stone to his future spouse, Mary of Burgundy. Suddenly, people were looking to give similarly flashy promise rings as a symbol not only of love but also of wealth and status. Today, roughly 85-90% of wedding gems are diamonds, but there’s no rule mandating that you stick with tradition.

We’ve put together a list of non-diamond alternatives that would look absolutely stunning in an engagement or wedding ring. Whether you’re hoping to match your fiancée’s birthstone or just want to explore your options, these stunning gems are sure to make an impact. 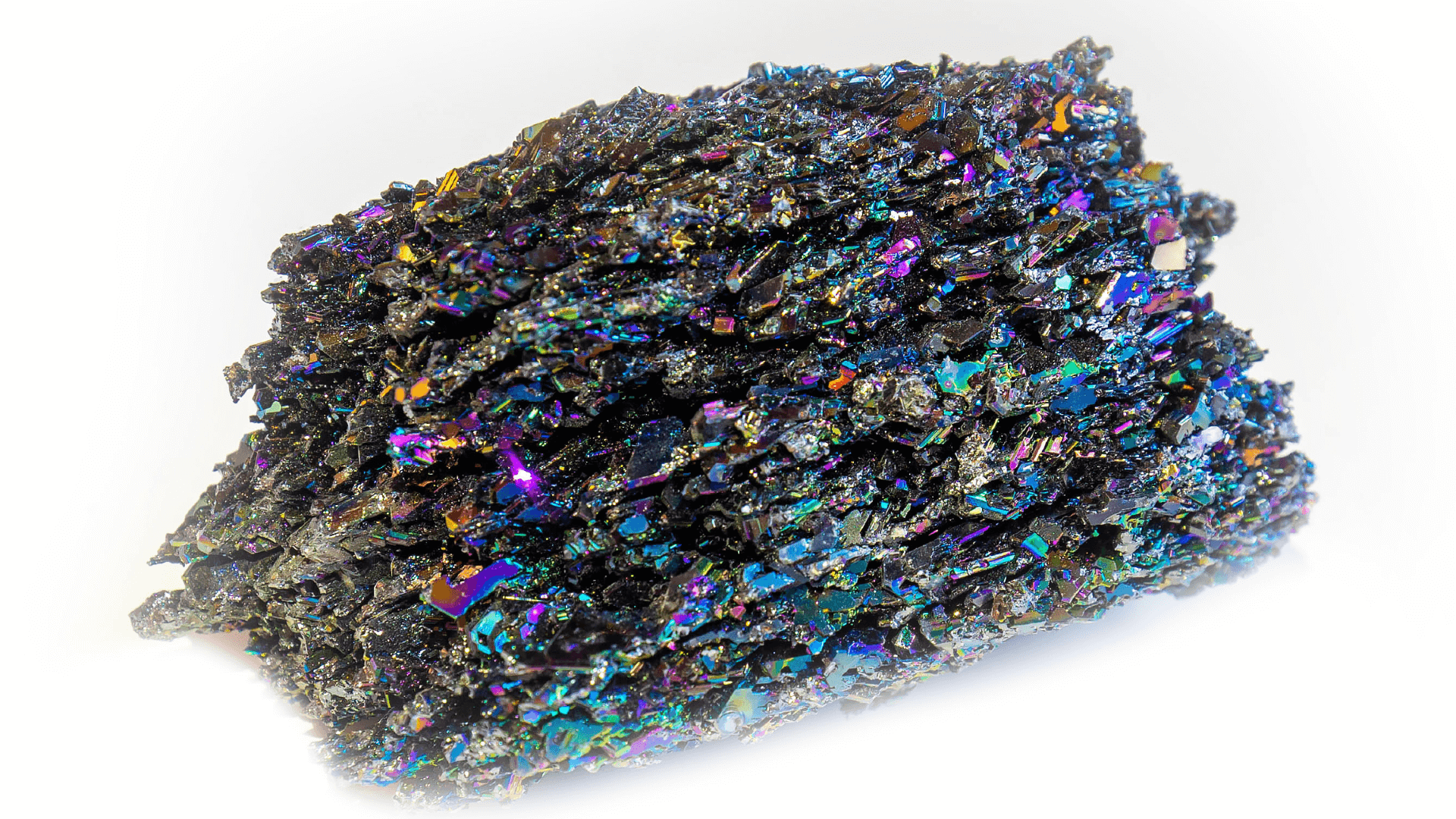 Moissanite rings may look like a lot like diamonds, but these stones are their own thing entirely. Moissanite is a very rare but naturally occurring mineral discovered by Nobel-winning chemist Henry Moissan in 1893. Moissan was combing through a meteorite crater in Arizona when he thought he discovered a cache of microscopic diamonds. Lab analysis proved those specs were silicon carbide, now better known as Moissanite.

Using Moissanite gives a wedding ring diamond-like sparkle with the added benefit of a fun story. For anyone who would be tickled by the idea of wearing a gemstone with ties to space, this stone is a stellar choice. 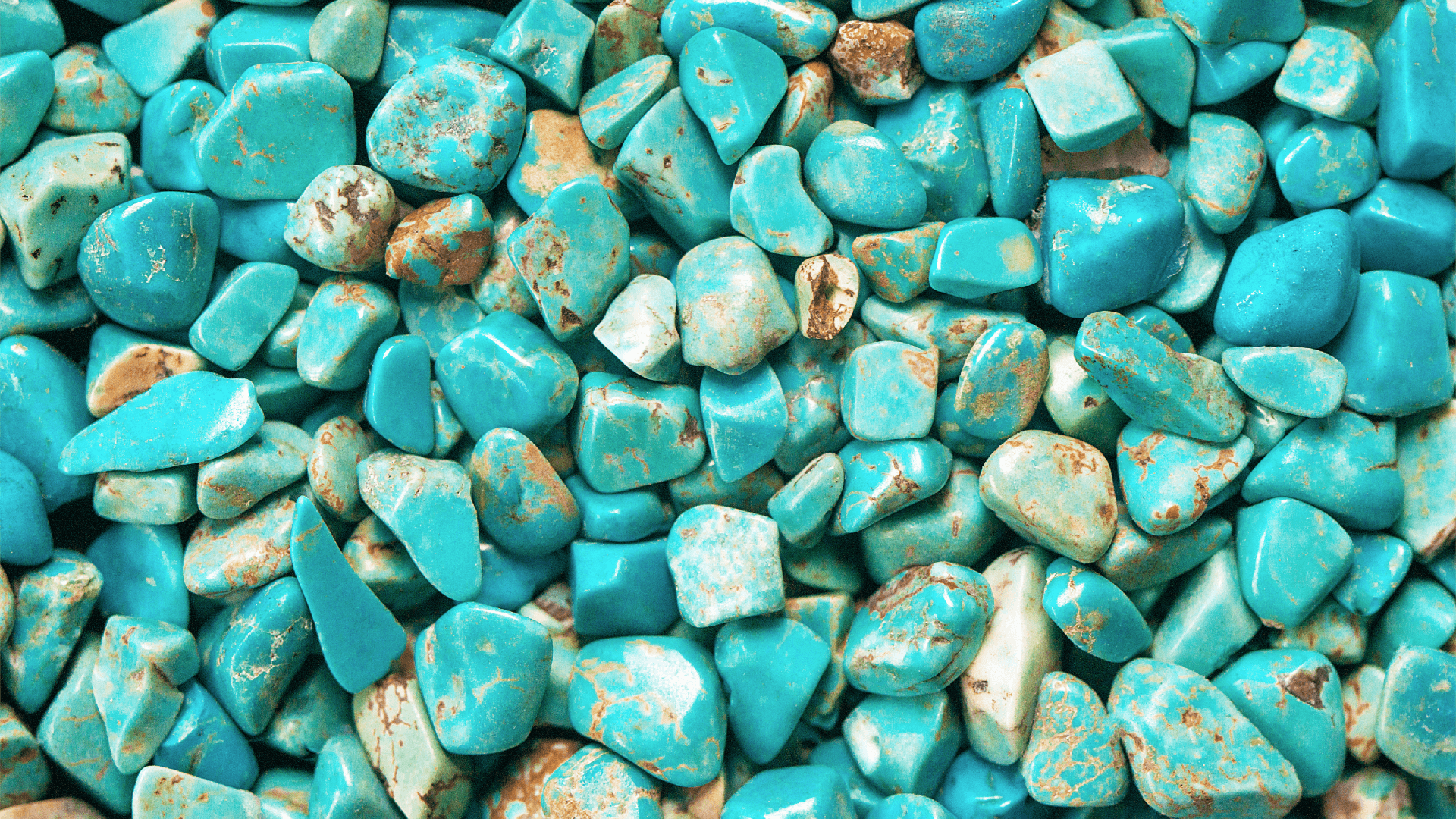 These blue-green stones have a reputation as a laid-back alternative to flashier gemstones, but they could be perfect for a bride or groom who wants more than a plain band but still wants to keep their jewelry relatively simple. Turquoise comes in many different shades. Some stones are more solid in color while others feature veins of copper or other minerals that add to their allure.

It’s also worth noting that, for many people, turquoise is brimming with meaning. The stone has ties to the spiritual world and is sometimes used to protect the wearer from negativity, inspire creativity and stimulate healing. 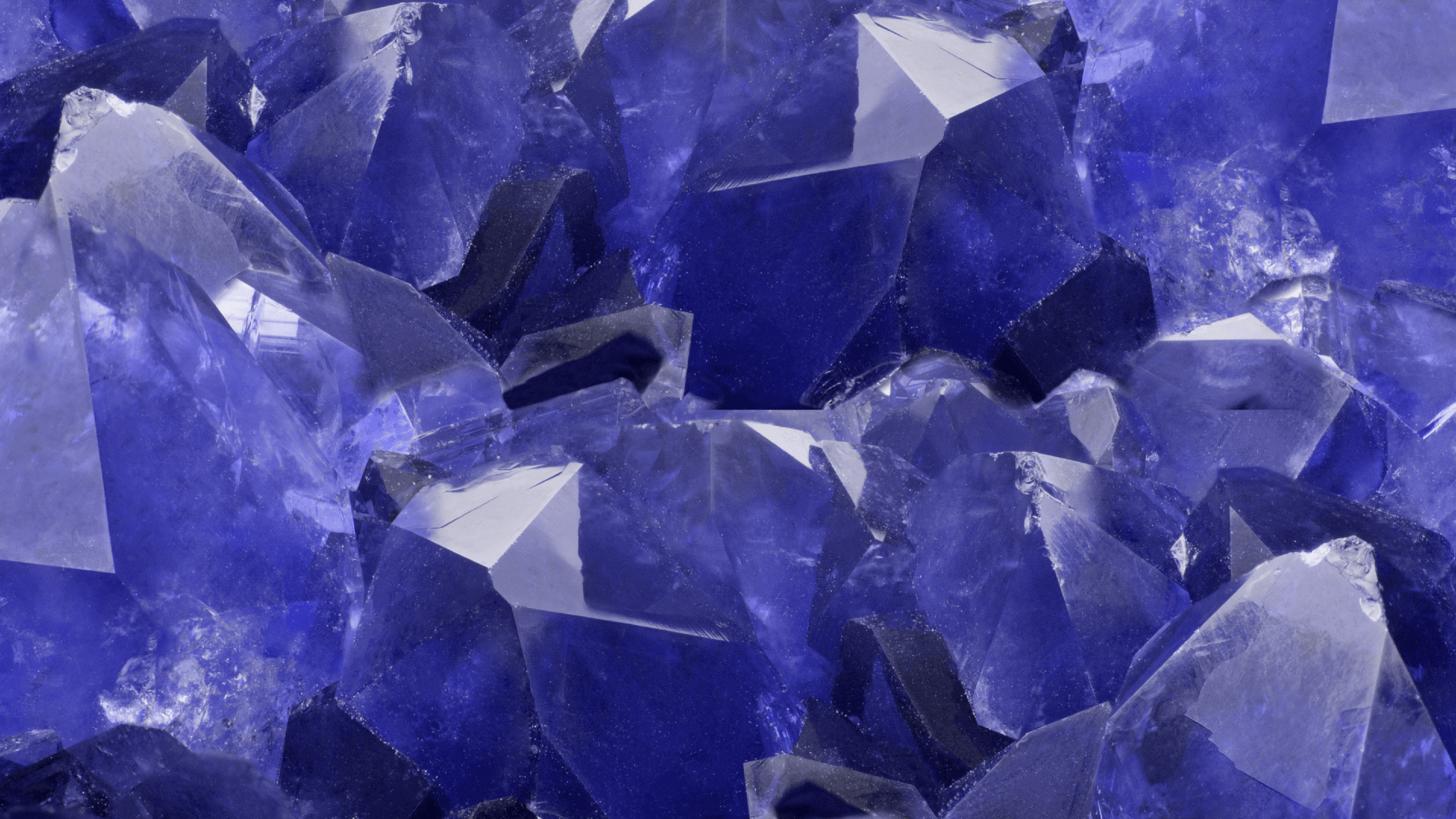 Blue sapphires get the most airtime, but sapphires also come in other colors, including pink and yellow. It’s usually easier to buy a sapphire than it is to select a diamond because they’re rated according to color rather than the more extensive criteria used in diamond rating. For example, AAA blue sapphires are richly colored, almost like velvet, while AAs are a more medium blue. Blue sapphires with an A grade tend to have a slightly gray undertone, and those that are very dark and opaque are graded with a B.

Sapphires have grown in popularity since Prince William proposed to his now-wife Catherine with his mother Princess Diana’s stunning 18-carat sapphire ring. Blue sapphire is also the birthstone of September babies. 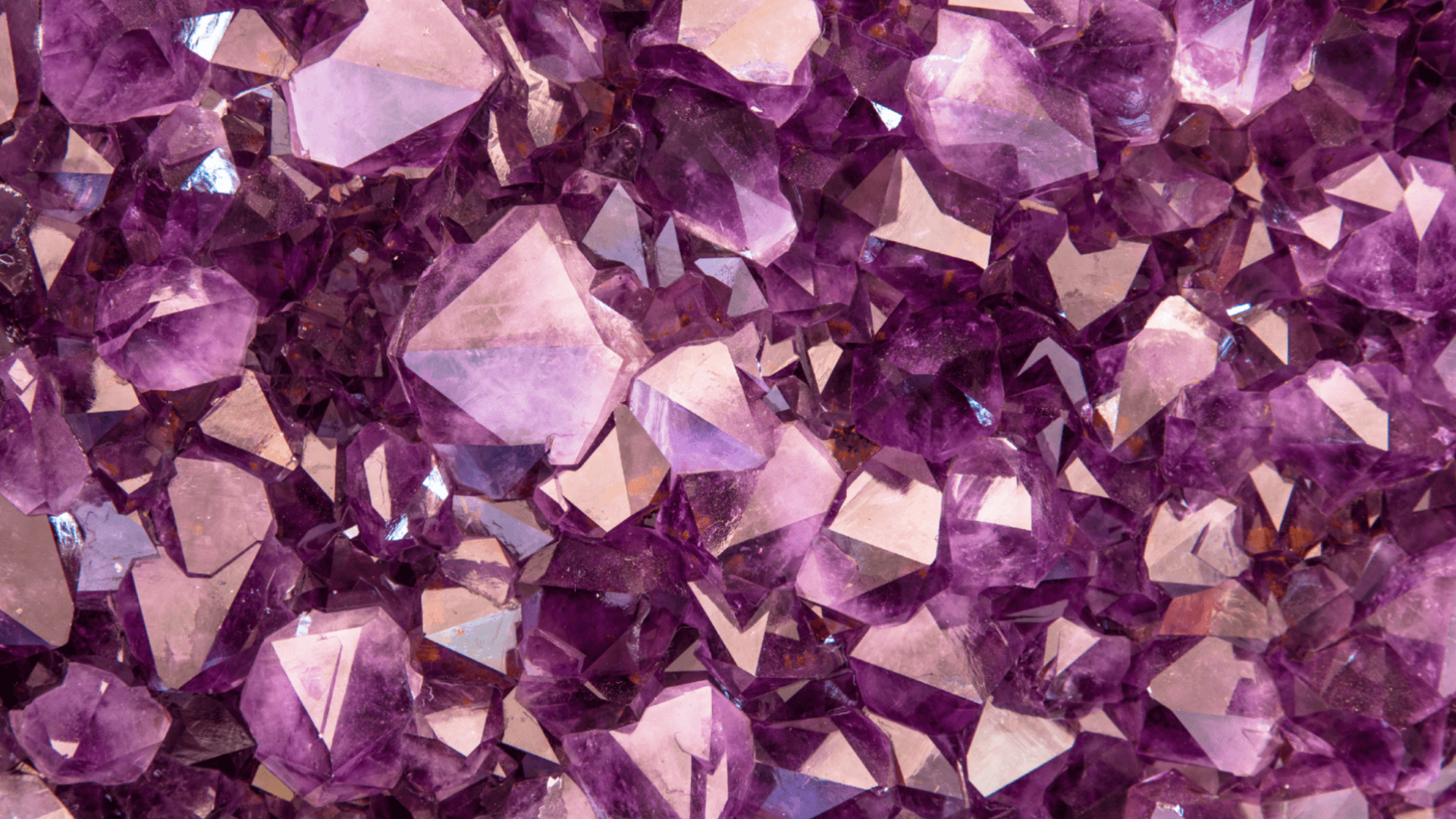 Amethysts are actually purple quartz, the same stones you may see in raw form in New Age shops. In the world of fine jewelry, though, amethysts are polished, faceted and transformed into breathtaking examples of how beautiful colored stones can truly be. Because amethyst is still found in abundance in nature, it’s a fairly affordable stone, though deep purple shades tend to command a premium versus the lighter stones used in high-production jewelry. 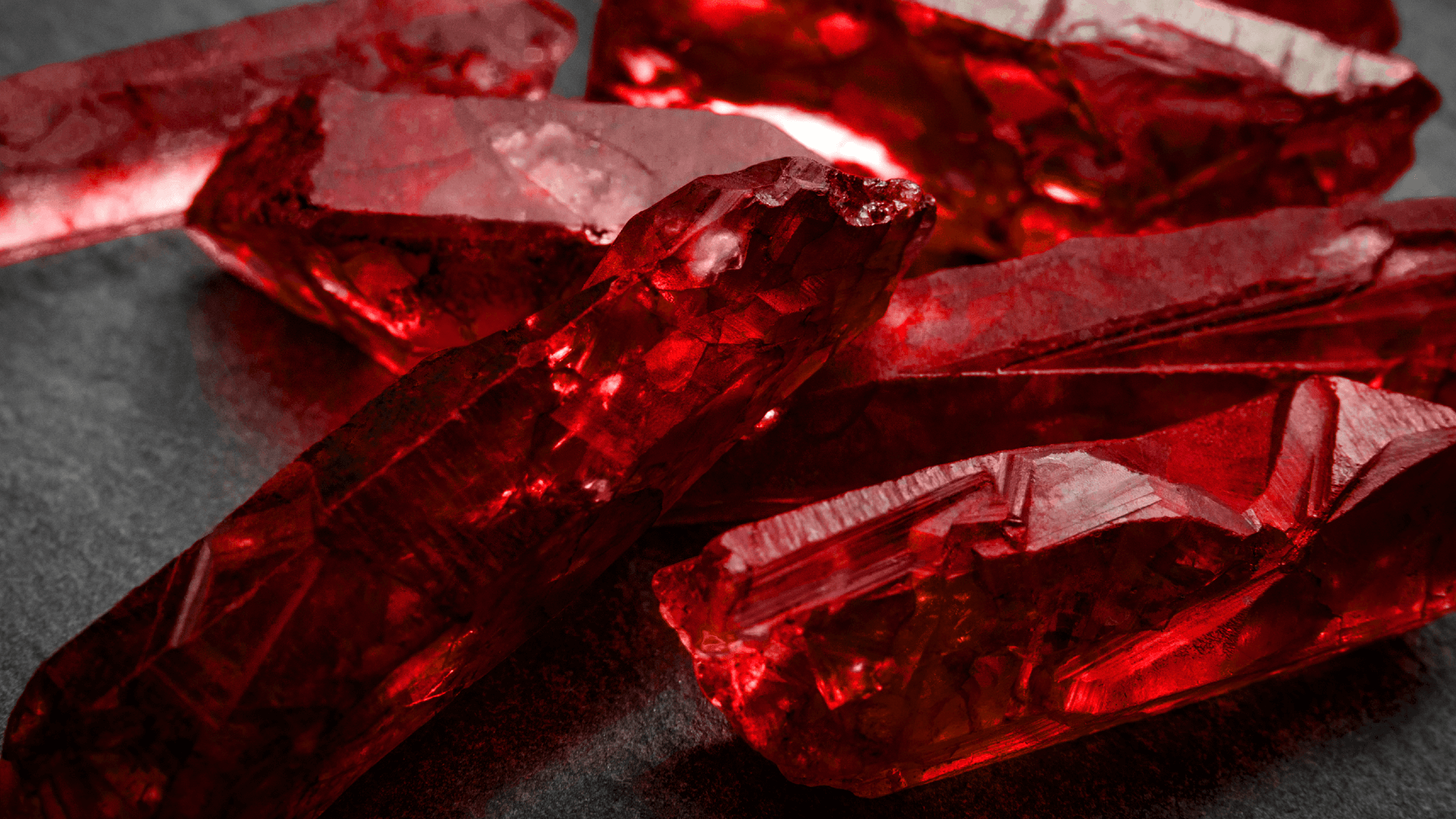 You can spot a ruby from across the room thanks to its striking red color. Rubies are rated on the same criteria as a diamond, with cut, color, carat weight and clarity all carefully evaluated to determine each stone’s worth. Many people who choose rubies as the centerpiece or accent stones for their wedding or engagement rings do so because the red hue reminds them of love and romance.

Rubies are an impressive 9.0 on the Mohs scale, making them the third hardest gemstone behind only diamonds and Moissanite. That kind of durability is ideal for anyone interested in a colored stone that will hold up over time. 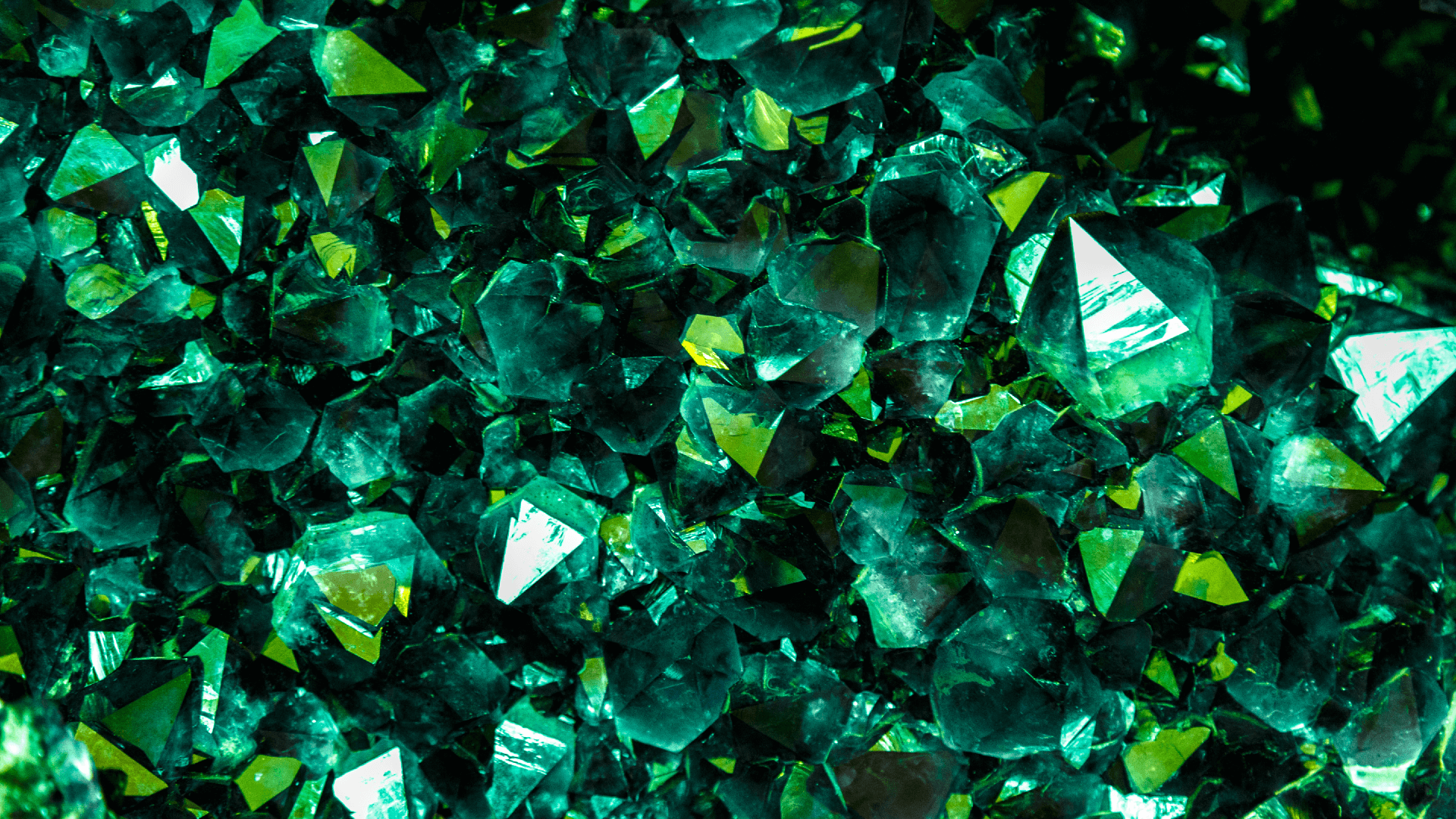 Emeralds are unmistakably green, and the more vivid the saturation, the more coveted the stone. Experts look for emeralds that have a slightly bluish tint and medium intensity, though there are gorgeous examples of emeralds that are far lighter and darker than that mid-scale benchmark.

Interestingly, the inclusions or flaws that would make a diamond less desirable are not a deal-breaker in emeralds. That’s because about 99% of natural emeralds will have some sort of trapped gas, mineral bits or crystals. A few inclusions won’t affect the overall appeal of the stone, but too many will compromise the emerald’s structure and leave it cloudy as well as weak. As long as an emerald doesn’t have a slew of inclusions on or near its surface, it will hold up well for daily wear, and it makes a memorable, meaningful alternative to a diamond. 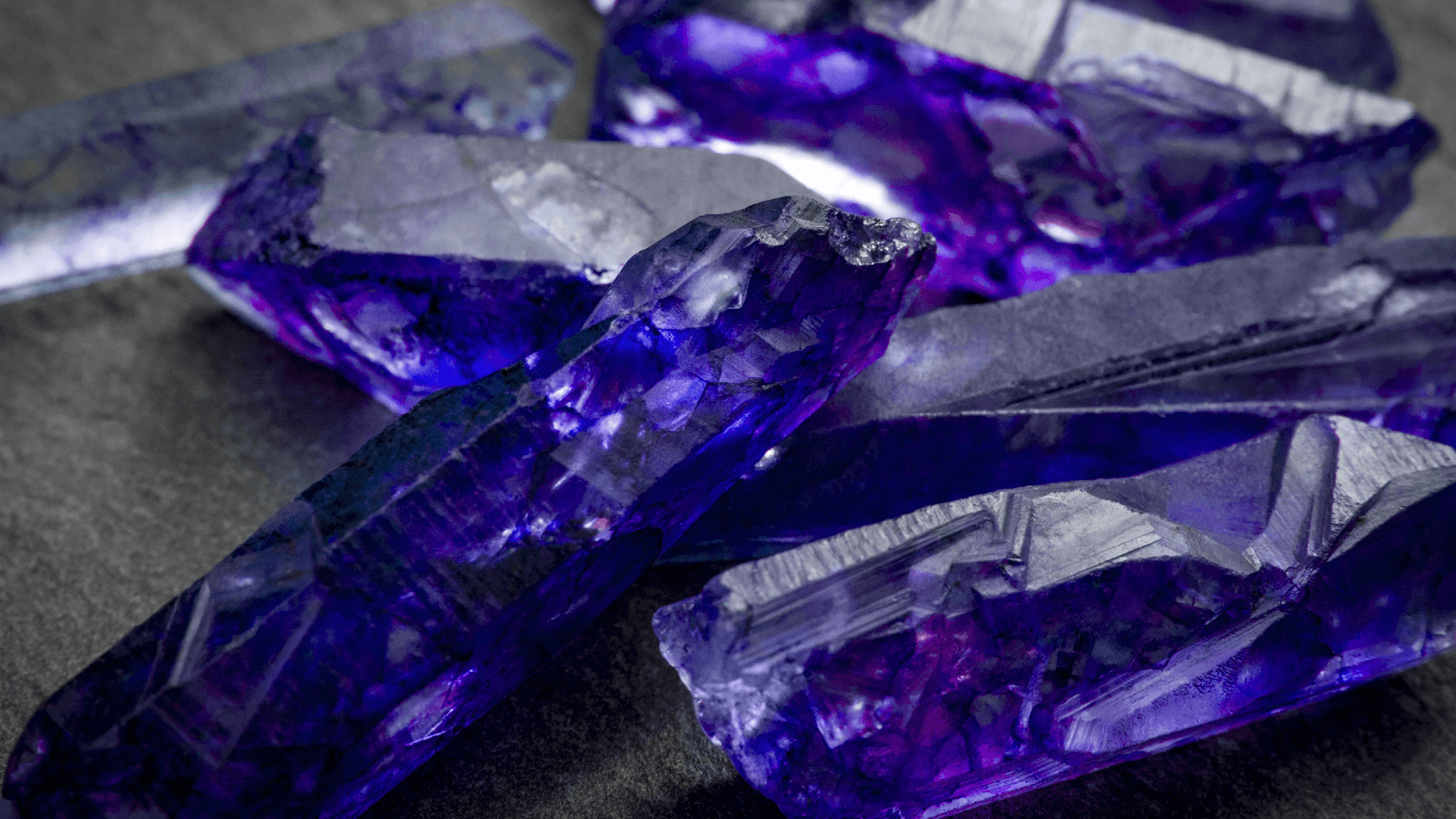 Unlike gemstones such as rubies and emeralds that have been loved and worn for centuries or even thousands of years, Tanzanite was only recently discovered in Tanzania in 1967. These blue-violet stones display distinct hues depending on the angle from which they’re viewed. Because it’s only mined in one place on the planet, Tanzanite is incredibly rare.

Tanzanite would make an exhilarating diamond alternative, and because it’s also the traditional stone for 24th anniversaries, you’ll have the opportunity to add a matching band after a few decades of wedded bliss. 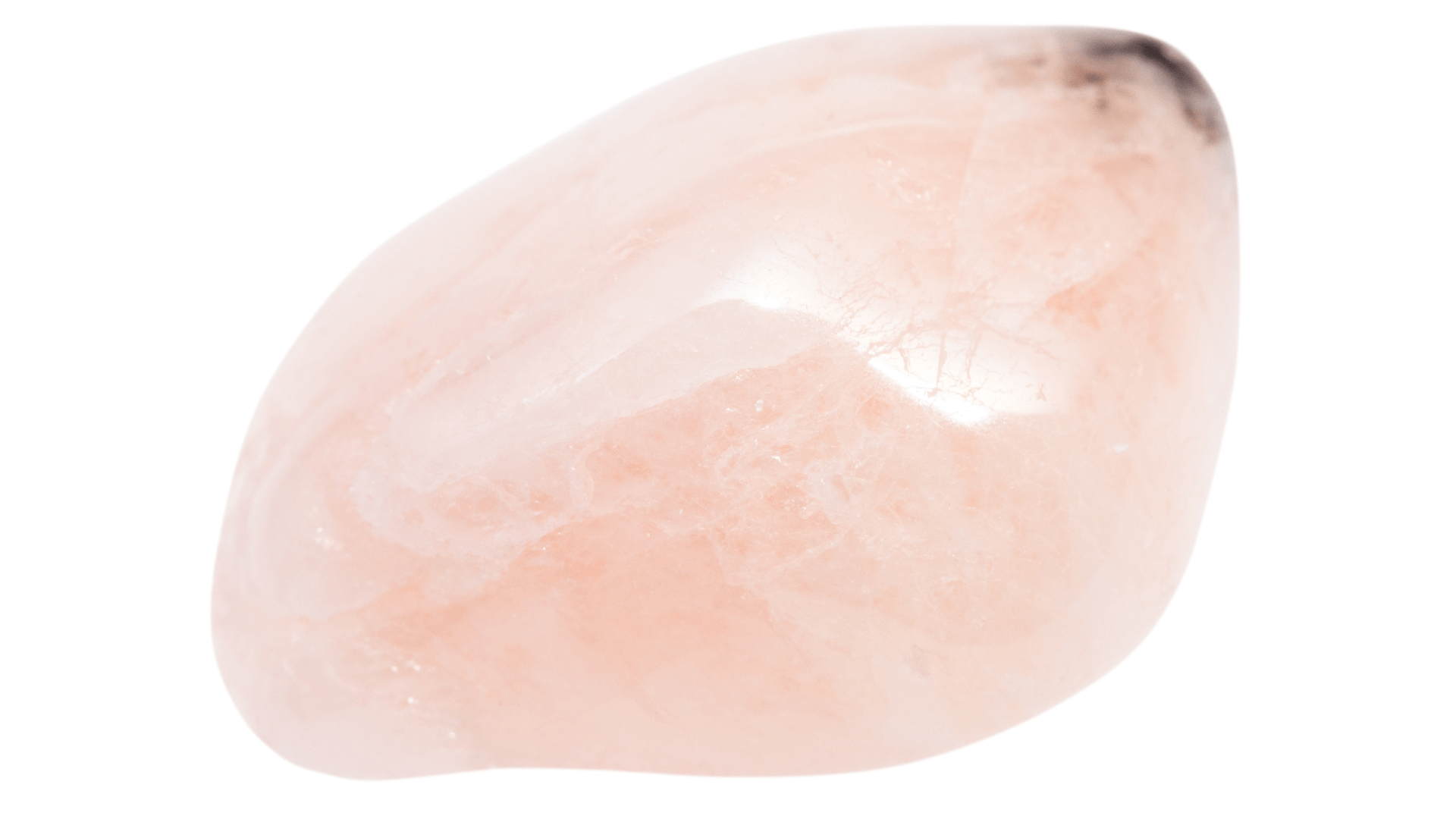 Like a glass of fine rosé, Morganite features a variety of peach, pink and blush hues that can only be described as irresistibly pretty. Another relatively recent discovery, Morganite was first found by Tiffany & Co.’s chief gemologist George F. Kunz, who named the stone after his other employer, famed banker J.P. Morgan.

Morganite’s soft coloring is both warm and romantic and flatters a wide range of skin tones. According to some sources, Morganite is now the second-most popular diamond alternative (sapphire comes in first place). 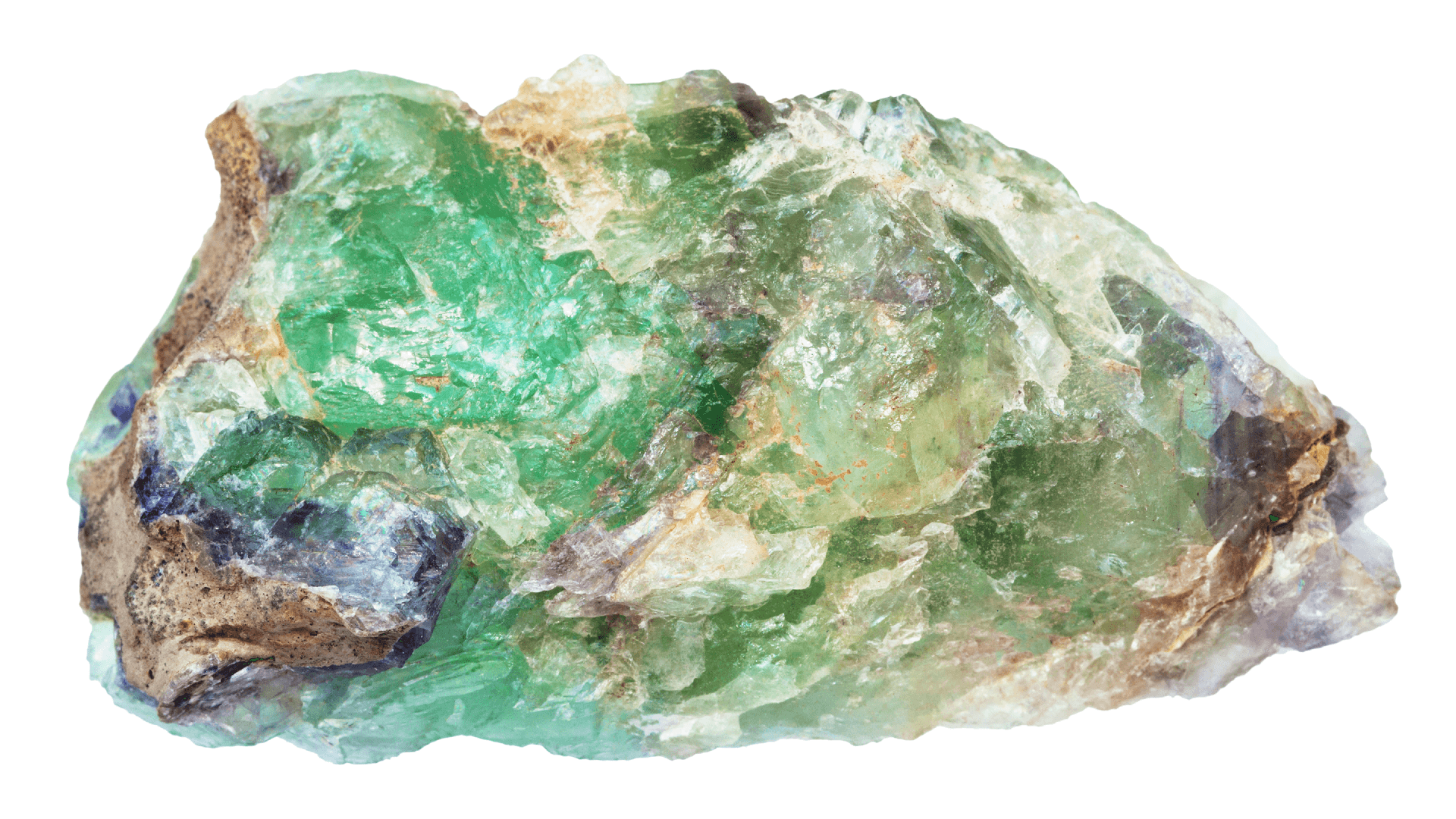 For the couple that can’t quite decide on a gemstone, there’s Alexandrite, a gorgeous gem that seems to change color in an instant. In bright daylight, Alexandrite ranges from a greenish-blue to a darker yellowish-green. In low light situations such as candlelight, the stone appears pink or red.

Alexandrite has been very hard to source until recently, but with more stones being released, availability has increased, and there are lab-created examples that are absolutely beautiful as well. Because most Alexandrite is cut into small stones 2 carats or less, it’s best used for a more modest center stone or as accent stones. 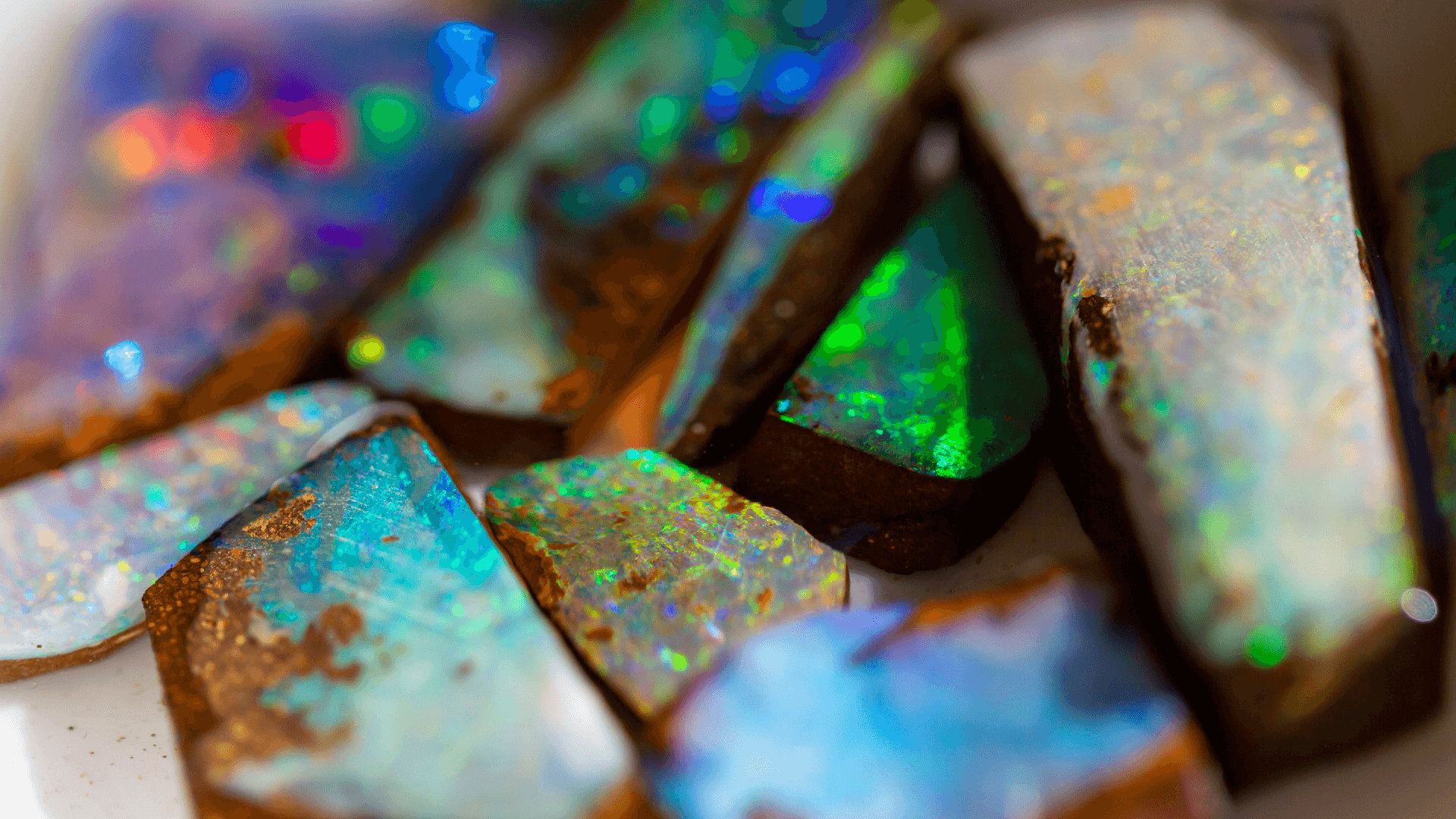 Opals are far from a traditional choice for a wedding ring, but that’s no reason to pass them up. Beloved by the Romans and often worn by individuals born in December, opals are the result of a natural phenomenon involving water and deposits of silicon dioxide.

No two opals are exactly alike. Depending on how the silica spheres within the stones are arranged, opals may be milky with flashes of pastel colors or downright fiery, displaying bold examples of every color in the rainbow. 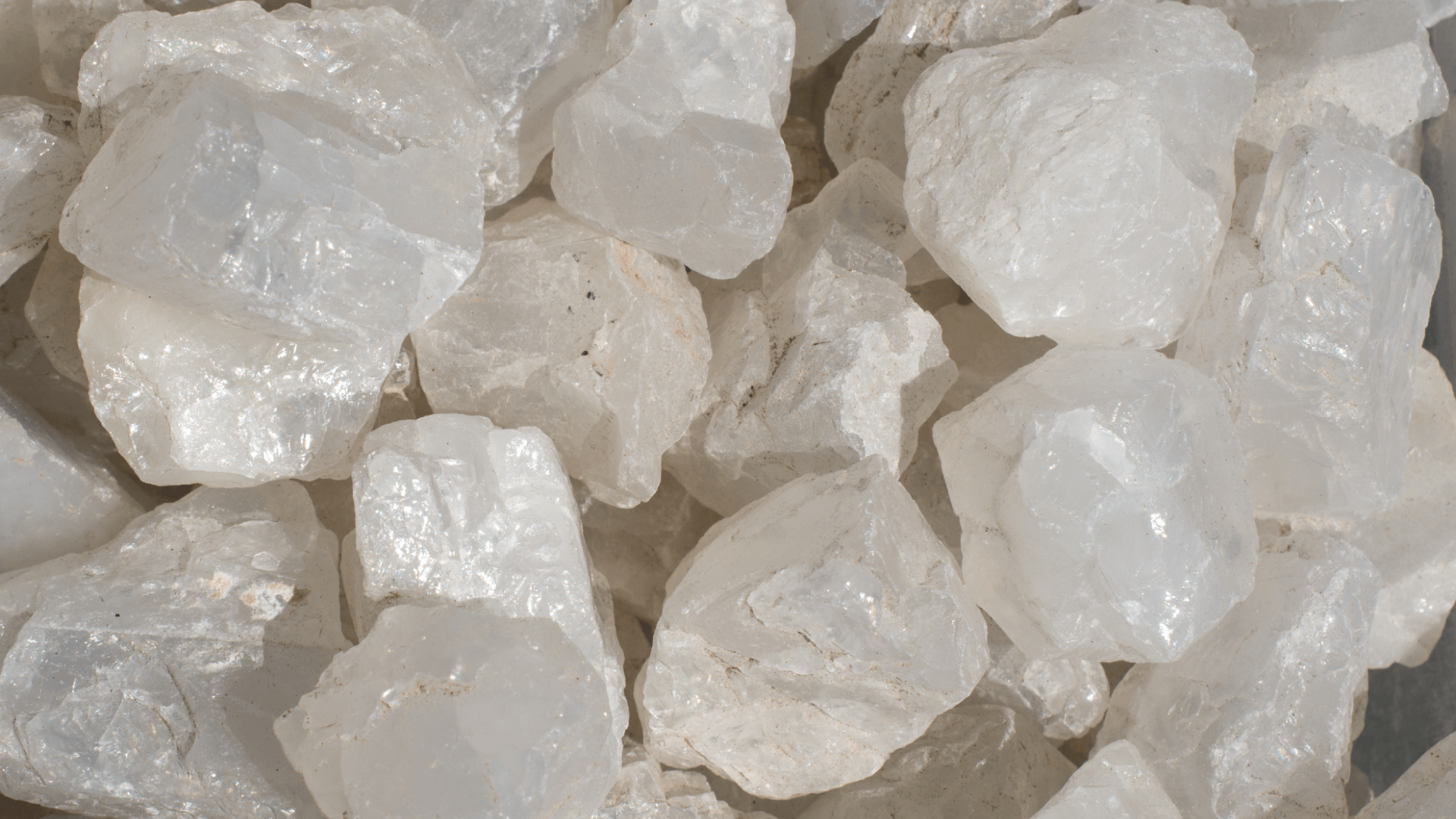 Moonstones are similar to opals in that they come in a variety of colors ranging from pastels to darker hues, but how they display those colors differs due to each stone’s makeup. Opals are like prisms, catching and reflecting light, while moonstones display something called adularescence which is more like a faint glow — hence the name “moonstone”.

There are a multitude of meanings associated with moonstones, among them the idea of new beginnings. This alone may make moonstone an auspicious choice for your wedding ring.

To experiment with diamond alternatives, trying designing your own wedding ring. Building an incredible piece of jewelry alongside the team at Allurez allows you to customize each aspect, creating a high-quality ring that’s truly one-of a kind.