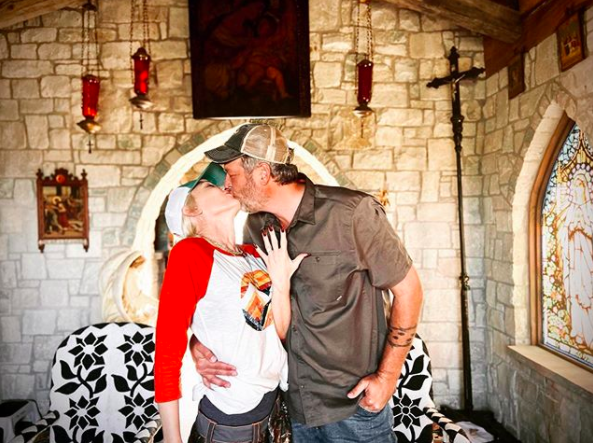 She said yes! Gwen Stefani announced her engagement to fellow singer Blake Shelton on Instagram and we have all the details on her sparkly engagement ring.

On October 27, the No Doubt lead singer, 51, posted an Instagram a picture of her and the country singer, 44, kissing with her left hand up, putting her new ring on full display. She captioned the shot “@blakeshelton yes please!” Shelton posted the same photo on his Instagram page with the caption “Hey @gwenstefani thanks for saving my 2020… And the rest of my life.. I love you. I heard a YES!”

Shelton put in an effort to make the engagement ring super special for his girlfriend of five years and fellow “The Voice” judge. “Blake had the ring custom designed,” a source told Us Weekly, revealing that the country singer asked permission from Stefani’s dad before proposing to her. “It meant so much to Gwen that Blake was so traditional about it,” the source added. A source also told the magazine that Shelton proposed earlier this month in his native Oklahoma, but the couple keep news of the proposal private until now.

According to jewelry expert Kathryn Money, the “Don’t Speak” singer’s diamond engagement ring features a classic, six-prong setting with a 6-carat solitaire diamond set in a white gold or platinum band. Money estimates that the solitaire engagement ring cost somewhere above $500,000, depending on the quality of the stone.

However Katie Zimmerman, CMO at Blue Nile, believes the engagement ring could be worth even more. “Gwen’s massive new bling appears to be a round or oval cut, set in a solitaire or simple pavé platinum setting,” she explained. “With the center stone nearly reaching Gwen’s middle knuckle, I estimate the total weight of her engagement ring to be approximately 8-10 carats at a value of $700,000-$800,000, depending on the color and clarity of the diamonds.”

A number of celebrities congratulated the happy couple on Instagram including John Legend, who wrote, “AMAZING! Congratulations to you both!!”

In April 2018, Stefani said during a guest appearance on The Ellen DeGeneres Show that she’s been thinking about marriage. The “Hollaback Girls” singer told DeGeneres, “You know what, I love weddings. The kids love him, we love him, everybody loves him,” When the host said, “Just think about it,” Stefani responded, “I do, I think about it all the time.” 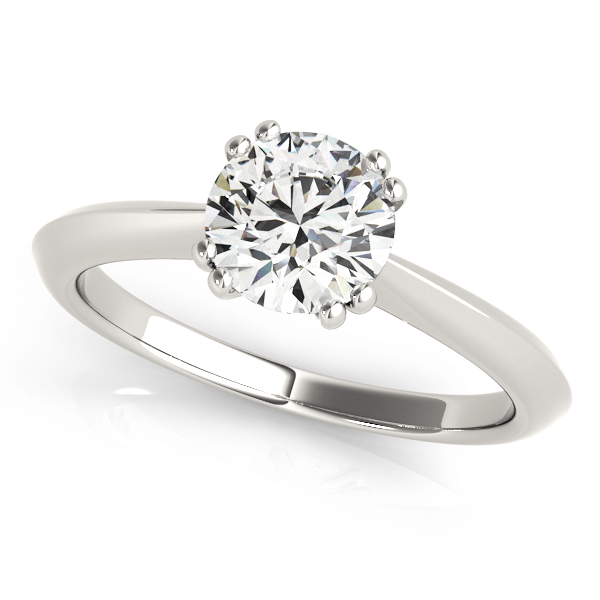 Stefani announced her relationship with Shelton back in November 2015 while they celebrated the CMAs in Nashville.This will be Shelton’s third marriage and Stefani’s second. She filed for divorce from singer Gavin Rossdale in 2015 and they finalized their divorce later that year. The couple have three children, Kingston, Zuma and Apollo.

Shelton announced his split from country singer Miranda Lambert in July 2015 and they finalized their divorce that same year. He was also married to Kaynette Gern for three years before they divorced in 2006.