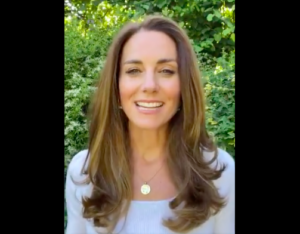 The Duchess of Cambridge Kate Middleton likes to keep her three children close to her heart.

In a video launching the Royal Foundation Centre for Early Childhood on June 18, Middleton, 39, wore a sentimental and personalized name necklace dedicated to her three children.

The British royal paired her puff-sleeve Ralph Lauren blouse with a personalized necklace currently retailed for $1,400 that was inscribed with the initials of she and Prince William’s three kids: Prince George, 7, Princess Charlotte, 6, and Prince Louis, 3.

The 9-karat yellow gold initial necklace also features three tiny diamonds, which the brand behind the pendant said are believed to “bring strength to its wearer, whilst symbolizing light, commitment and purity.”

“The moon is a universal symbol of ‘our inner world,’ hidden emotions, desires and dreams,” the brand’s website explained. “It represents our feelings and unconscious beliefs, offering us the ability to feel, learn from the past and creatively unlock our essence. The cycle of the moon is a subtle way to remind us that all things on Earth have a natural cycle.” 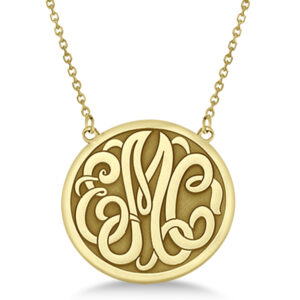 This is not the first time that Middleton has paid tribute to her children with personalized jewelry. She wore the same initial pendant during a 2020 tour of the United Kingdom, which was also part of her ongoing initiative to support the early development of children. She wore a different initial necklace, costing $715, during her tour of Scotland in May and sported a different gold initial-engraved necklace last September, which she paired with the same white blouse she wore in her recent video.

Last year, she sported a gold necklace featuring three hanging pendants, which appeared to be circular charms that featured her children’s initials: “G,” “C,” and “L.”

Middleton said she hopes the newly-launched Centre for Early Childhood on the grounds of Kensington Palace will, “raise awareness of why the first five years of life are just so important for our future life outcomes, and what we can do as a society to embrace this golden opportunity to create a happier, more mentally healthy, more nurturing society.” 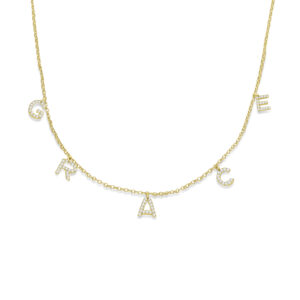 The center, which will be staffed initially with only half a dozen people, works to circumvent the “rising rate of poor mental health” and aims to promote and commission research, and work with the public, private and voluntary sectors to come up with answers and campaigns that will raise awareness and change. Middleton has spent nearly 10 year working toward the launch of the foundation.

“I wanted to understand what we could do to help prevent some of today’s toughest social challenges and what more we could do to help with the rising rate of poor mental health,” she explained in the video. She continued: “By working together, my hope is that we can change the way we think about early childhood and transform lives for generations to come. Because I truly believe big change starts small.”

The Duchess is clearly sentimental when it comes to her jewelry. She recently paid tribute to her late mother-in-law and Prince William’s mother, Princess Diana, by wearing apearl bracelet from the princess’ collection to the G-7 Summit on June 11. 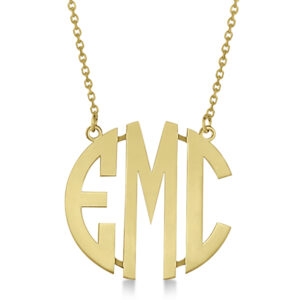 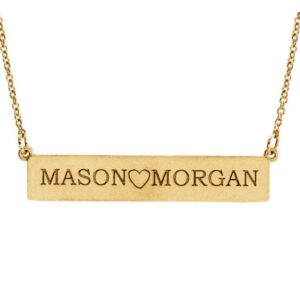