January’s birthstone is the magnificent garnet.  The word garnet comes from the Latin word granatus, meaning “seed-like,” referring to a pomegranate seed.  Just like the pomegranate, this stone has a vast history dating back to biblical times. It is believed that Noah’s ark used a garnet lantern to guide its way and that Aaron’s breastplate included this precious stone as one of twelve gems. Nobility and Pharos alike were known to adorn themselves in this abundant stone throughout history. Even Plato had a portrait engraved on garnet. Beginning in the medieval times, garnet gained a reputation for having the power to guard against nightmares and cure depression. 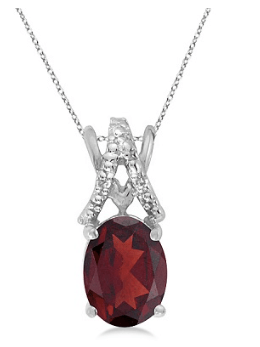 Perhaps the most famous garnets are the Bohemian garnets. Bohemia, now a part of Czechoslovakia, was once the home to a colossal  source of garnet. Bohemian castles and churches had magnificent interiors, decorated with this extravagant stone. Garnet jewelry is still found in the Czech Republic. The stones are arranged in the traditional Bohemian style, several smaller stones tightly packed, resembling that of pomegranate seeds. 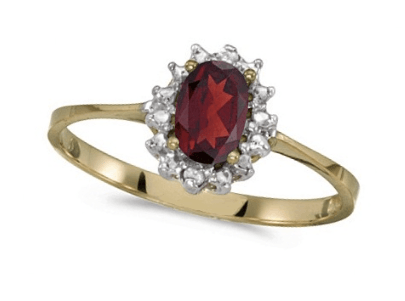 Garnet is best known for its deep red variety but is commonly found in orange and brown, as well. However, one of the most beautiful and expensive gems in existence is a clear green garnet, called a demantoid. The green garnet can be mistaken for emerald but, a green garnet of over five carats is much more rare than an emerald of similar size. 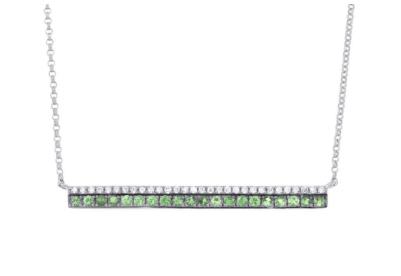 Garnets give off a look of luxury and elegance. Jewelry containing this stone can dress up any look or be worn as a beloved everyday piece. Garnet jewelry truly makes the perfect  birthday gift in January. 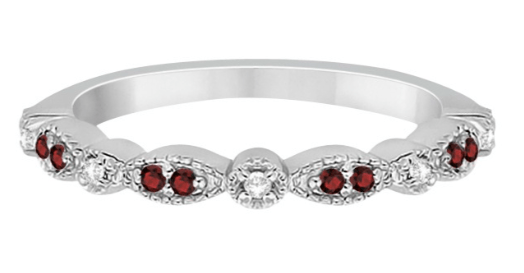