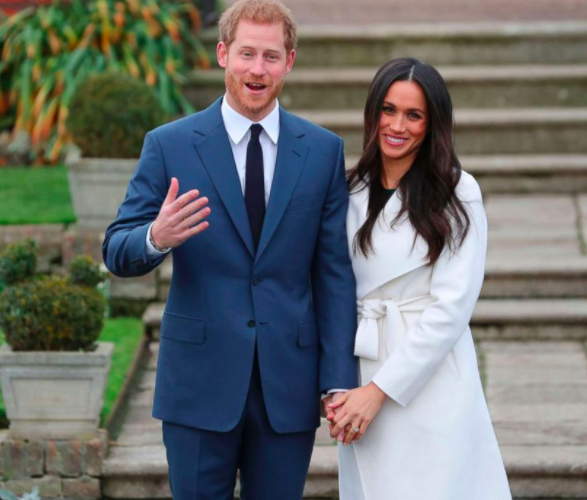 Meghan Markle, now the Duchess of Sussex and Prince Harry’s wife, is inspiring women and young girls all over the world with her jewelry and of course some of our favorites are when she wore pieces from the collection of the late Diana, Princess of Wales, her mother-in-law who tragically died on August 31, 1997. It’s been less than a year since Meghan’s been a member of the Royal Family, but she has already worn quite a few of Princess Diana’s jewels. The bulk of her huge collection is still unworn so we’re excited to see what she wears in 2019.

Princess Diana had access to one of the world’s largest jewelry collections throughout her years as a member of the royal family but she also amassed a huge private collection of jewelry, which was inherited by her sons, Prince William and Prince Harry. Now that both of them are married, pieces from that collection are starting to be seen on both Meghan and Prince William’s wife, Kate Middleton.

When Kensington Palace announced Prince Harry and Meghan Markle’s engagement in November 2017, everyone anxiously awaited to see her engagement ring and when it was unveiled, its sentimental value was definitely noticeable. The gold engagement ring featured a large diamond from Botswana, where the couple had one of their first dates, and Prince Harry said, “the little diamonds either side are from my mother’s jewelry collection to make sure that she’s with us on this on this crazy journey together.”

It’s unknown if the diamonds were left loose in the late Princess’s jewelry box or come from another piece, but nevertheless they are a lovely tribute to Prince Harry’s mother.

On her wedding day, May 19, 2018, at St George’s Chapel, Meghan wore another piece from Princess Diana’s jewelry collection: an aquamarine ring that contrasted her beautiful Stella McCartney gown. The emerald cut rocker was spotted on Meghan as the couple drove from Windsor Castle for their evening wedding reception at Frogmore House.

The late Princess of Wales commissioned the aquamarine ring from the British jeweler Aspery in 1996 around the time of her divorce from Prince Charles. She was photographed wearing it at a private viewing and reception at the auction house Christie’s before some of her gowns were auctioned off for charity and at a dinner in Sydney later in 1996.

The aquamarine ring was inherited by Prince William and Prince Harry after their mother’s death, and after being worn by Duchess Meghan at her wedding reception, she wore it again at a dinner hosted by the King of Tonga during the couple’s Tour of Oceania last October.

The late princess also wore a slim diamond bracelet with the aquamarine ring at the Christie’s auction of her gowns, and that same bracelet was worn by her daughter-in-law over two decades later. Princess Diana also wore it to a dinner to raise funds for The Anti-landmines Campaign at the National Museum of Women in the Arts in Washington in June 1997, just two months before her tragic death.

Meghan sported the diamond bracelet at the Tonga dinner and also two nights earlier at a State Dinner hosted by the President of Fiji at the Grand Pacific Hotel in Suva in October 2018. 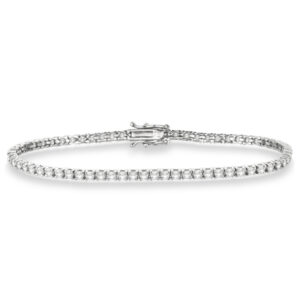 Just after announcing her pregnancy, Duchess Meghan and Prince Harry appeared in front of the media at Admiralty House, the Sydney residence of the Governor General of Australia, on October 16, 2018, followed by a visit to the Taronga Zoo and a walkabout outside the Sydney Opera House. There, she wore a gold cuff bracelet that once belonged to her late mother-in-law with a sleek white dress. When the Duchess changed her dress for that evening’s reception at Admiralty House, the gold bracelet of her late mother-in-law remained, this time paired with a Brandon Maxwell dress.

The gold bracelet featured two cabochon stones, probably sapphires or onyx, and was spotted on Princess Diana’s arms many times. She wore it often for daytime events and even some galas and in one particular instance she paired the cuff with a sparkling red gown and a diamond tiara for a red carpet gala on July 20, 1989 in London, England.

Meghan also wore the gold bracelet again in January 2019 at one of the first royal gala events of the year. She paired it with a gorgeous sequined Roland Mouret gown and small stud earrings.

Also while on her tour in Sydney in October 2018, Meghan wore a pair of diamond butterfly earrings originally owned by her late mother-in-law. The butterfly earrings were part of a suite rarely worn by the late Princess, though one notable occasion included a visit to the city of Prince George during a Tour of Canada on May 4, 1986. 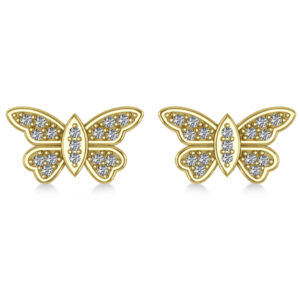