A Brief History of the Wedding Ring

A Brief History of the Wedding Ring 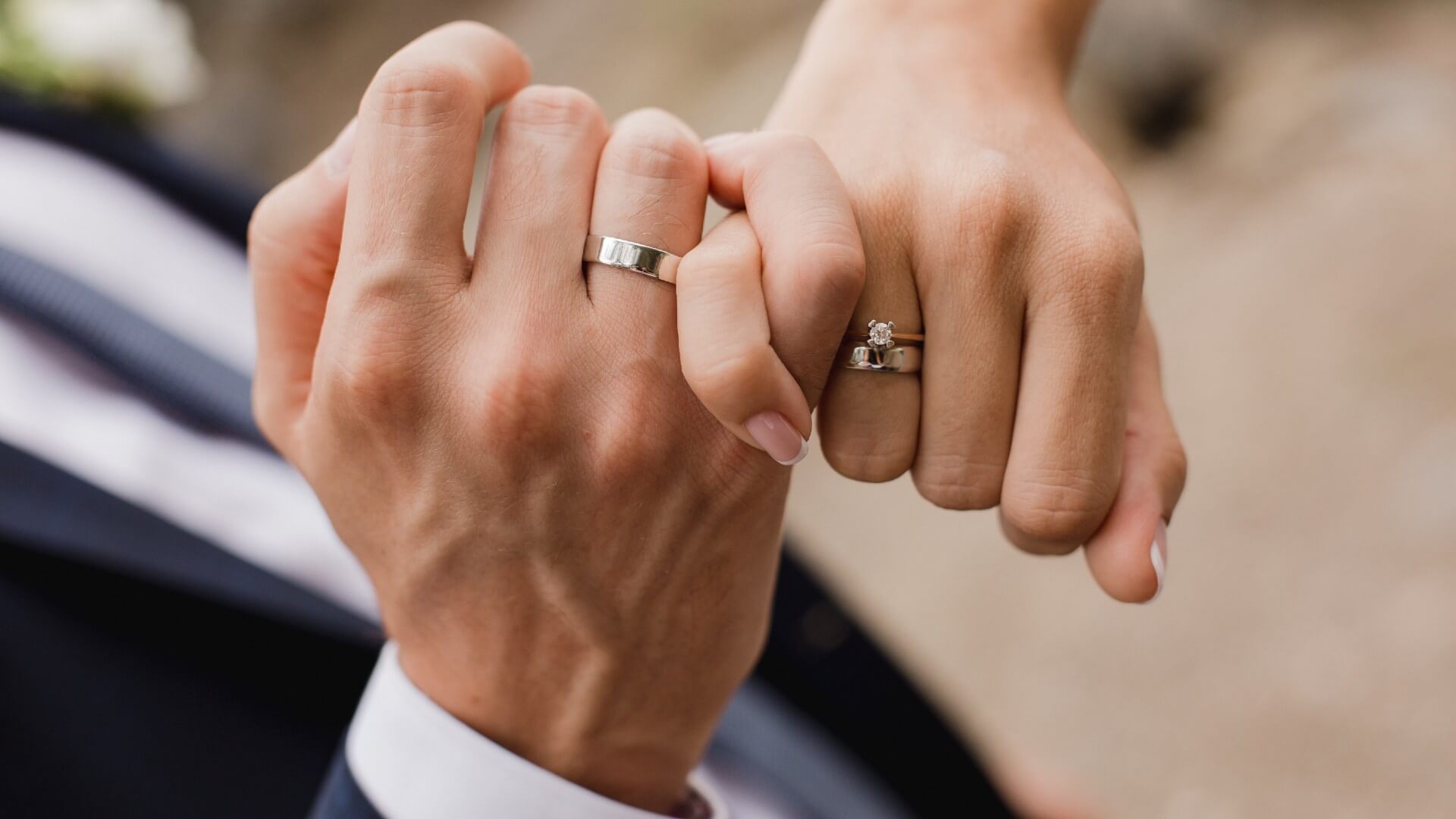 Wedding rings are undeniably romantic. One glance at your left hand reveals your relationship status, shown off in shades of gold or platinum — and frequently embellished with jewels. Infused with emotional significance, wedding rings are a visual marker of marriage in many cultures across the globe.

Considering how prevalent the practice remains, it may be surprising to learn that wedding ring traditions go back thousands of years. Let’s take a trip through time together to discover the allure of this ancient love token. 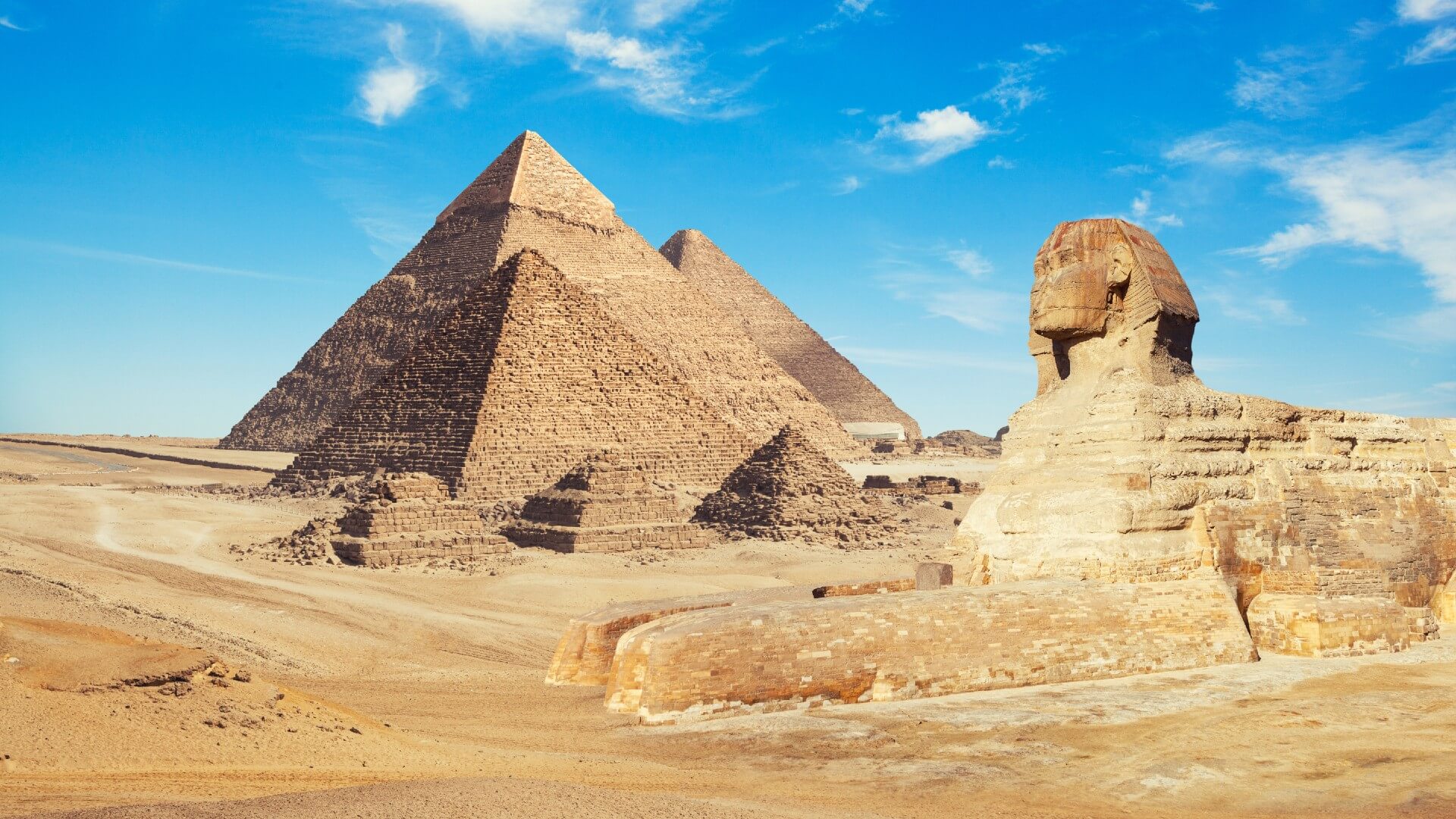 Wedding rings represent eternity. Circular bands with no clearly defined beginning and no ending, these symbolic pieces of jewelry indicate a wearer’s stalwart devotion to their beloved. The open circle within the ring represents a path into the couple’s future together.

The very first documented ring exchange took place in Ancient Egypt thousands of years ago. Ancient Egyptians believed in the existence of the “vena amoris” (a literal “vein of love”), which they thought ran through the third finger of the left hand and led straight to a person’s heart. 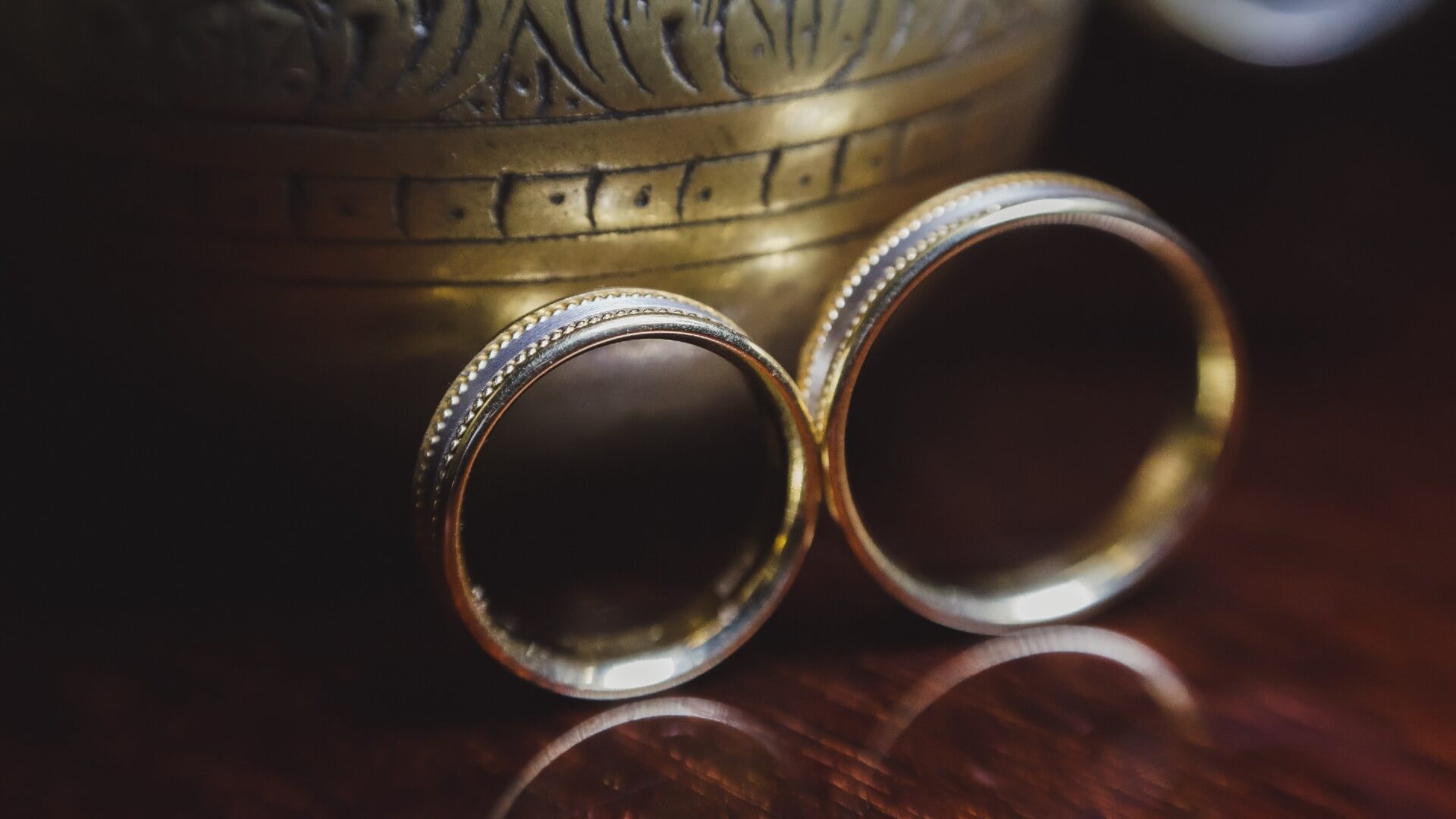 Palladium, platinum and even gold rings are relatively recent inventions. Ancient rings were made of different ingredients — some quite unusual by modern standards. 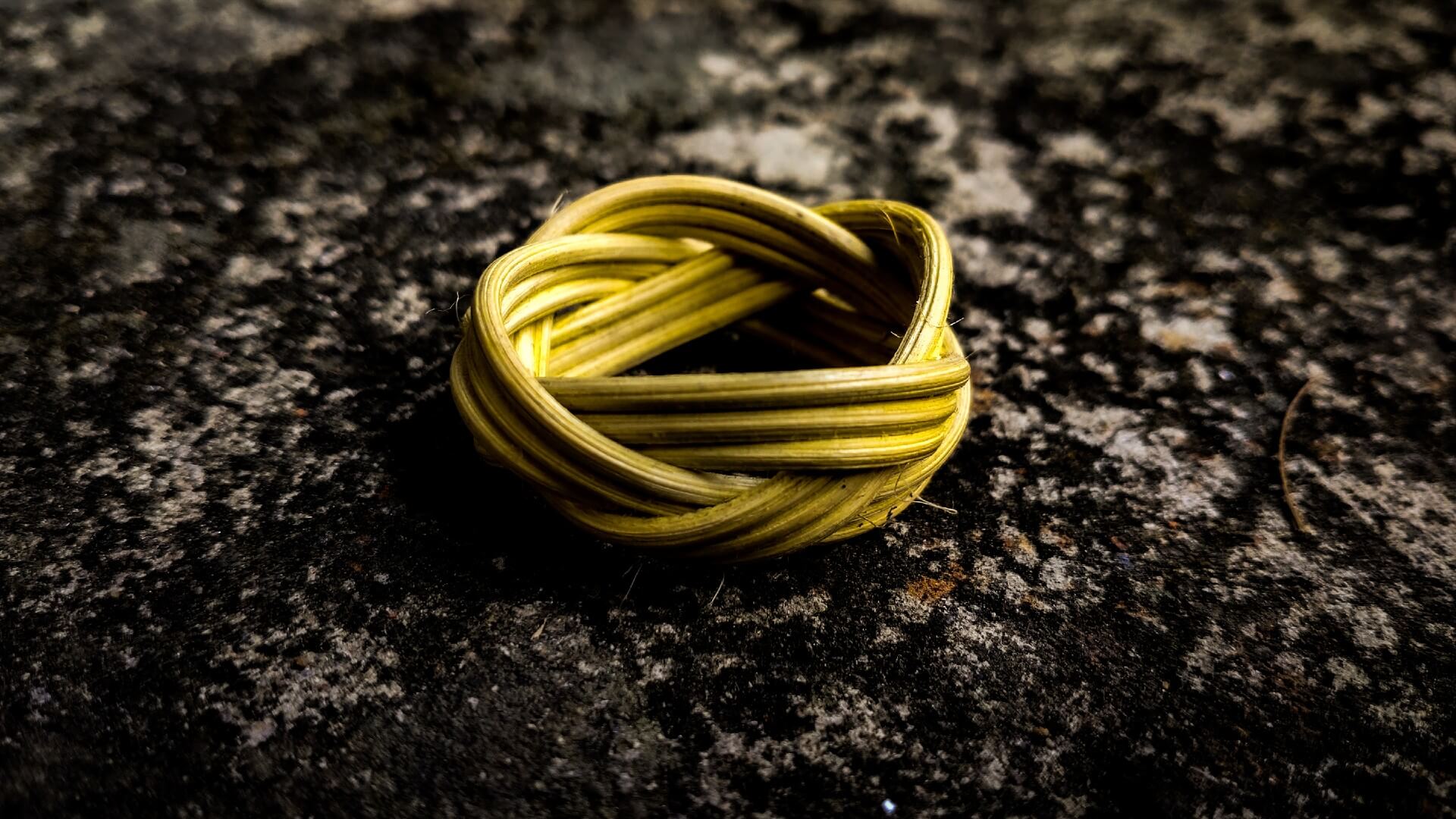 Papyrus scrolls showing the exchange of rings in Egypt date back over three millennia. In Ancient Egypt, couples gave each other rings made of hemp or woven reeds. Later, married couples swapped these simple rings for rings made of leather, ivory or — if they were really wealthy — gold. 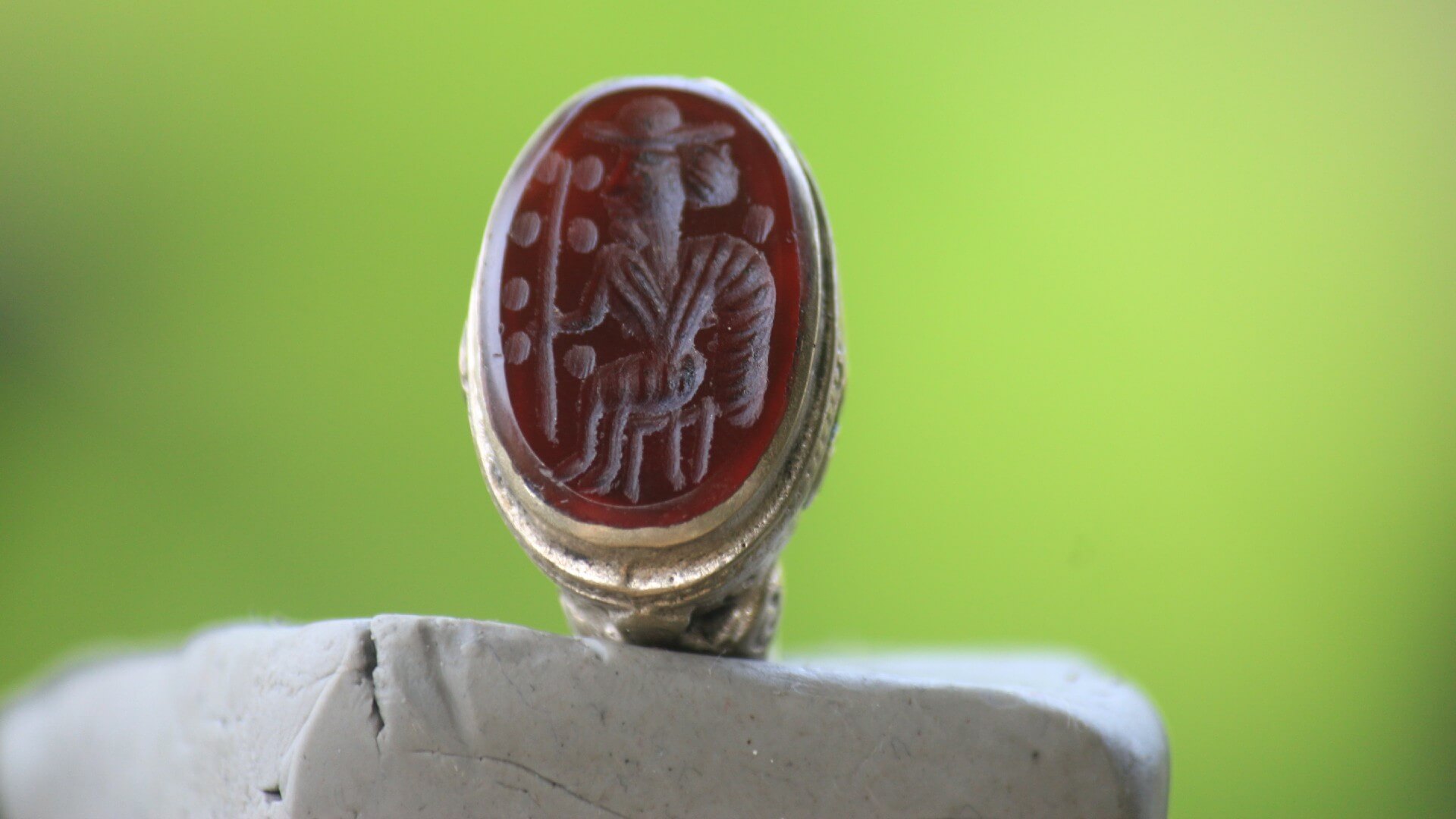 Wedding ring tradition in Ancient Greece began when Alexander the Great conquered Egypt in 332 BC. Inspired by the Ancient Egyptians, soon-to-be-married Greeks began to present one another with rings made of bone, ivory or metals like silver and bronze.

Intaglio rings were originally an Ancient Greek design, too. When they were created as wedding rings, the engraved gems mounted in them usually depicted Eros, the Greek god of love. Earlier intaglio rings featured an oval gem, while later rings often contained a round gem. 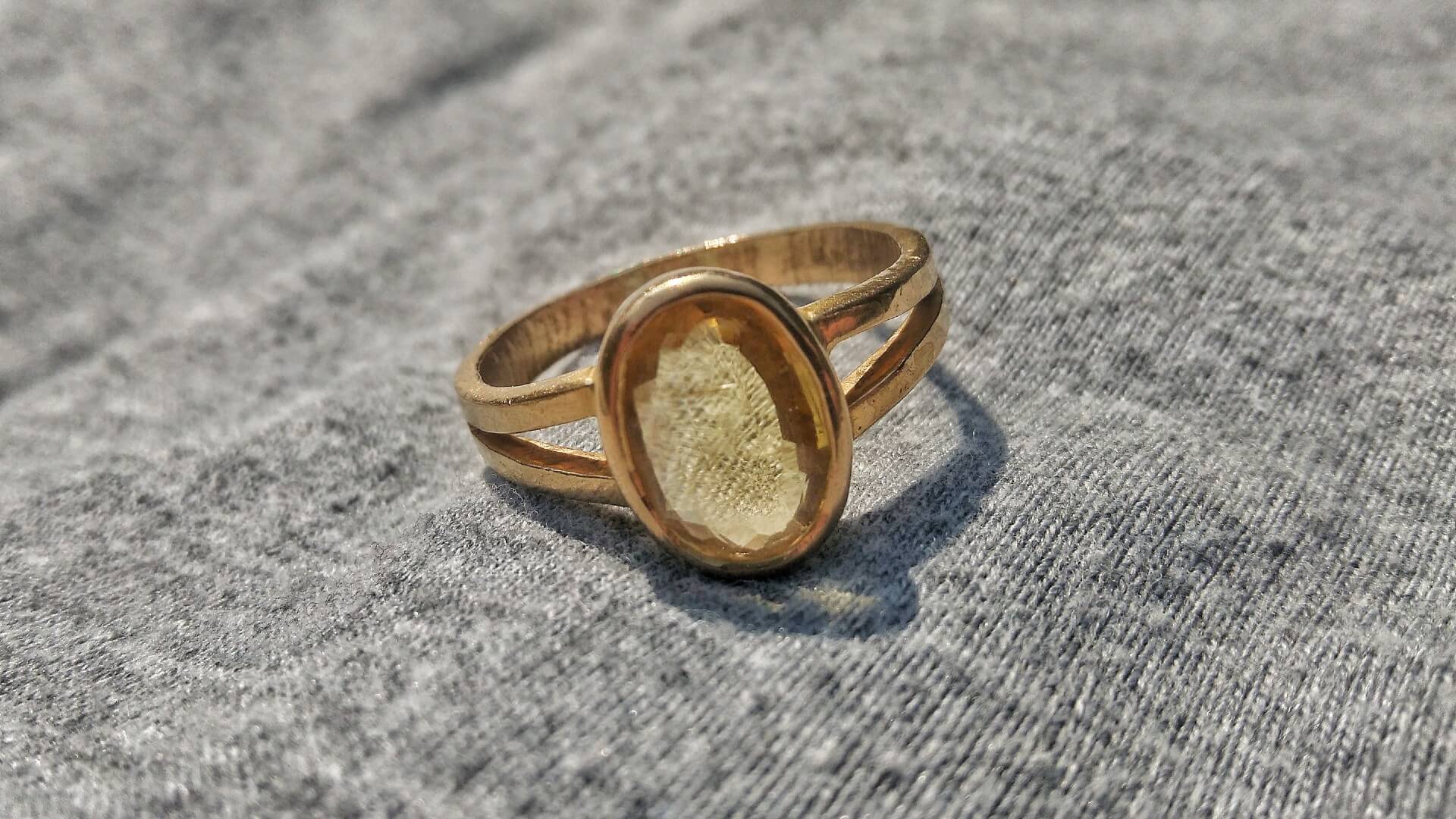 Engagement rings trace their history back to Ancient Rome, where suitors gave their future wives rings made of iron to symbolize strength and permanence. Once again, wealthy individuals commissioned rings made of gold or silver. Historians believe that Romans were the first to engrave messages into wedding rings. Like Ancient Egyptians, Romans wore wedding rings on the fourth finger of the left hand.

Between the first and the fourth centuries, Roman wedding rings got a little more sophisticated. Instead of plain metal bands, rings were tapered to a bezel with an inset oval stone and sometimes included elaborate molding. As they were in Egypt, signet rings were popular in Ancient Rome, but they weren’t commonly used as wedding rings.

Ring designs became more complex in the Middle Ages and beyond. More advanced metalworking skills and the development of copper-based silver and gold alloys led to creative innovations in ring making. 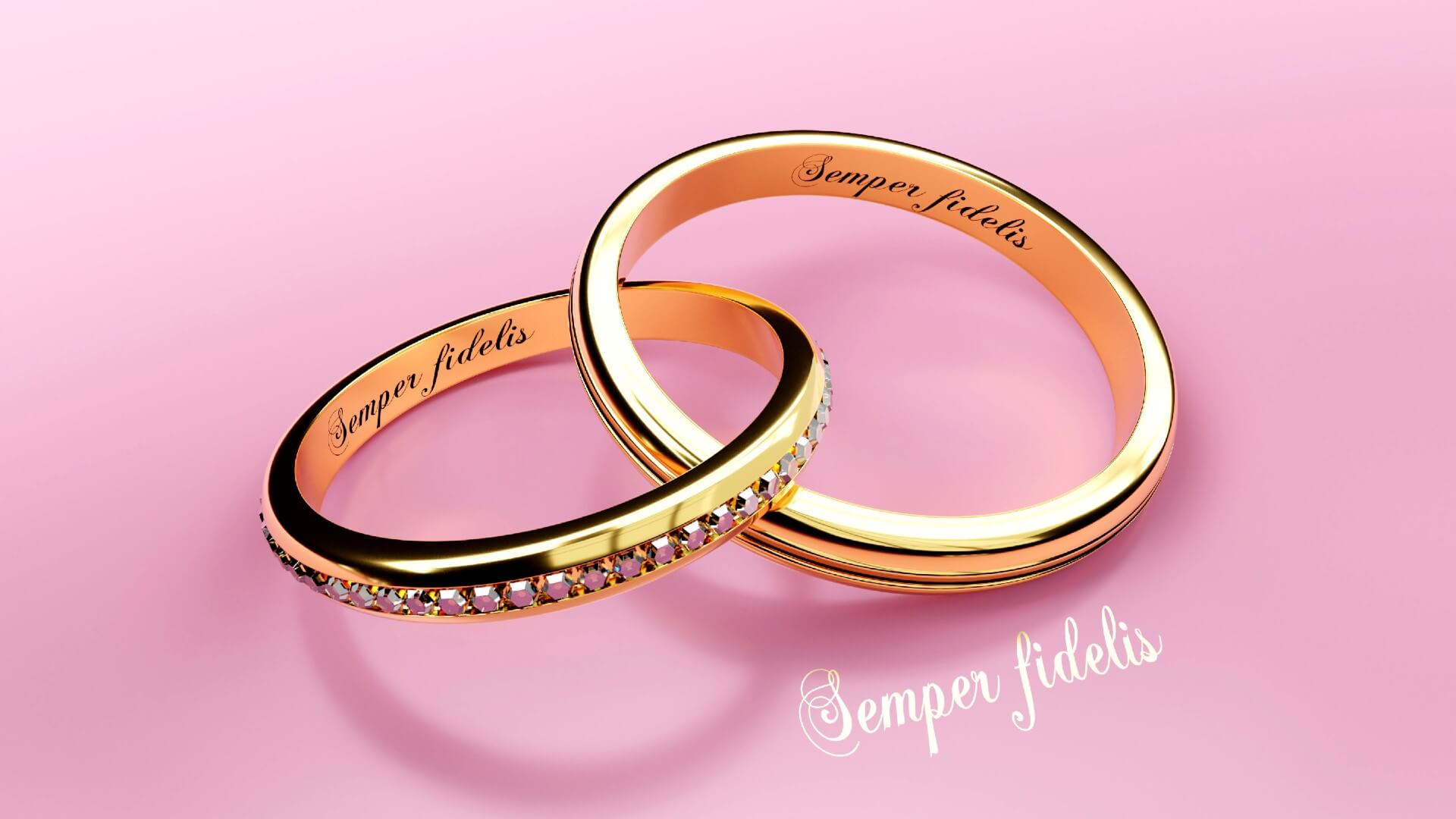 Also known as posey or posie rings, poesy rings first emerged in medieval times and were particularly popular between the 5th and 15th centuries. The name “poesy” comes from the French word “poésie,” meaning poem. Poesy rings have inscriptions carved inside the band — and sometimes on the outside of the band, too. Some inscriptions are religious, while others are romantic or affectionate.

Poesy rings sometimes also included an engraving of the engaged couple — quite often with a cross between the pair to symbolize a Christian blessing. While poesy rings aren’t common now, personalized inscriptions inside ring bands are still very popular. A common example would be, “My Heart I Bind Where Love I Find.” 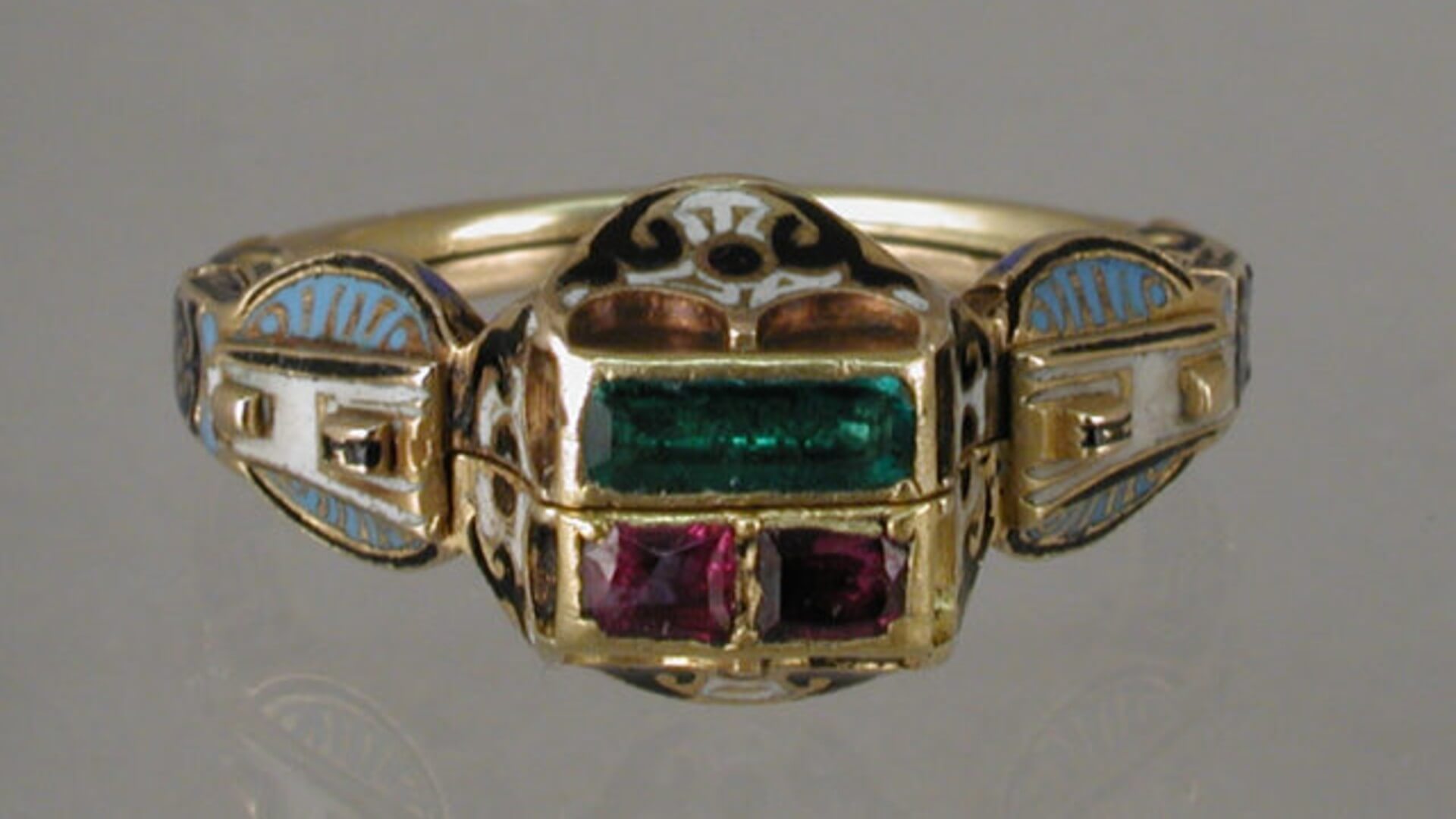 Also spelled “gimmal,” a gimmel ring is made of two or three slim rings, which interlock to form a single unit. Traditionally, the bride and the bridegroom each wore a part of the gimmel ring before marriage. Where rings had a triple link, a witness held on to the third component until the couple’s wedding day. At the wedding ceremony, each part of the gimmel ring came together, and afterward, all sections of the ring would be worn by the bride.

Ornate and studded with jewels, gimmel rings were popular in Elizabethan England as well as Germany and France. Gimmel rings got more and more extravagant as time went on. By the late 18th century, hidden enameling, inscriptions and miniature sculptures hidden in the ring bands were all quite common. Nowadays, wedding sets and stacked rings resemble gimmel rings, although most modern ring sets don’t interlock. 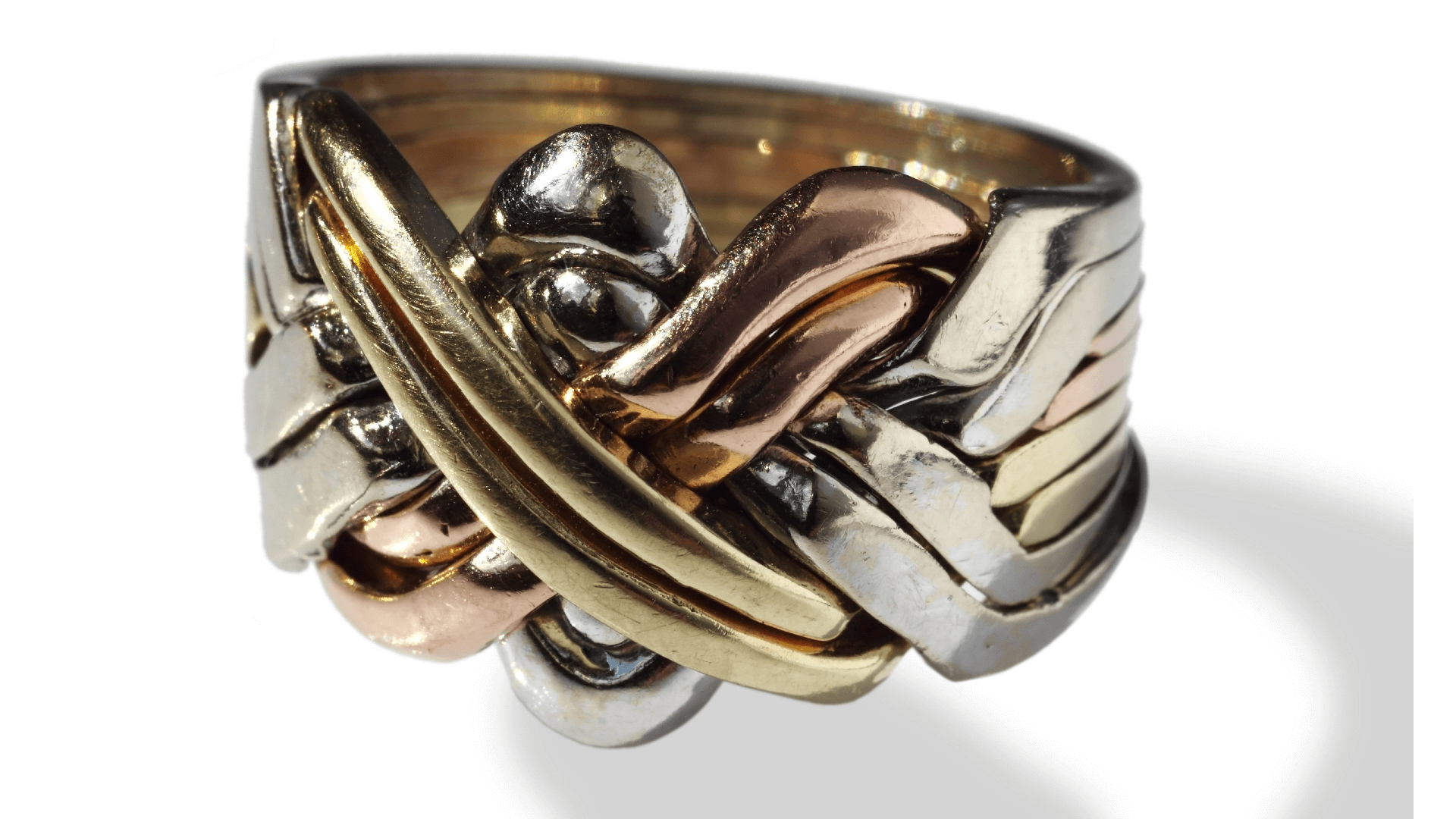 Also known as a Turkish wedding ring, a puzzle ring is made of up to 12 interconnecting parts. Each piece of the ring is unique, and all the parts interlock to create one piece of jewelry. When complete, these rings look quite complex — woven together, even.

According to legend, husbands gave their wives puzzle rings because if the rings were taken off, they were hard to reassemble. In practice, most puzzle rings aren’t that hard to figure out — but they are gorgeous nonetheless. 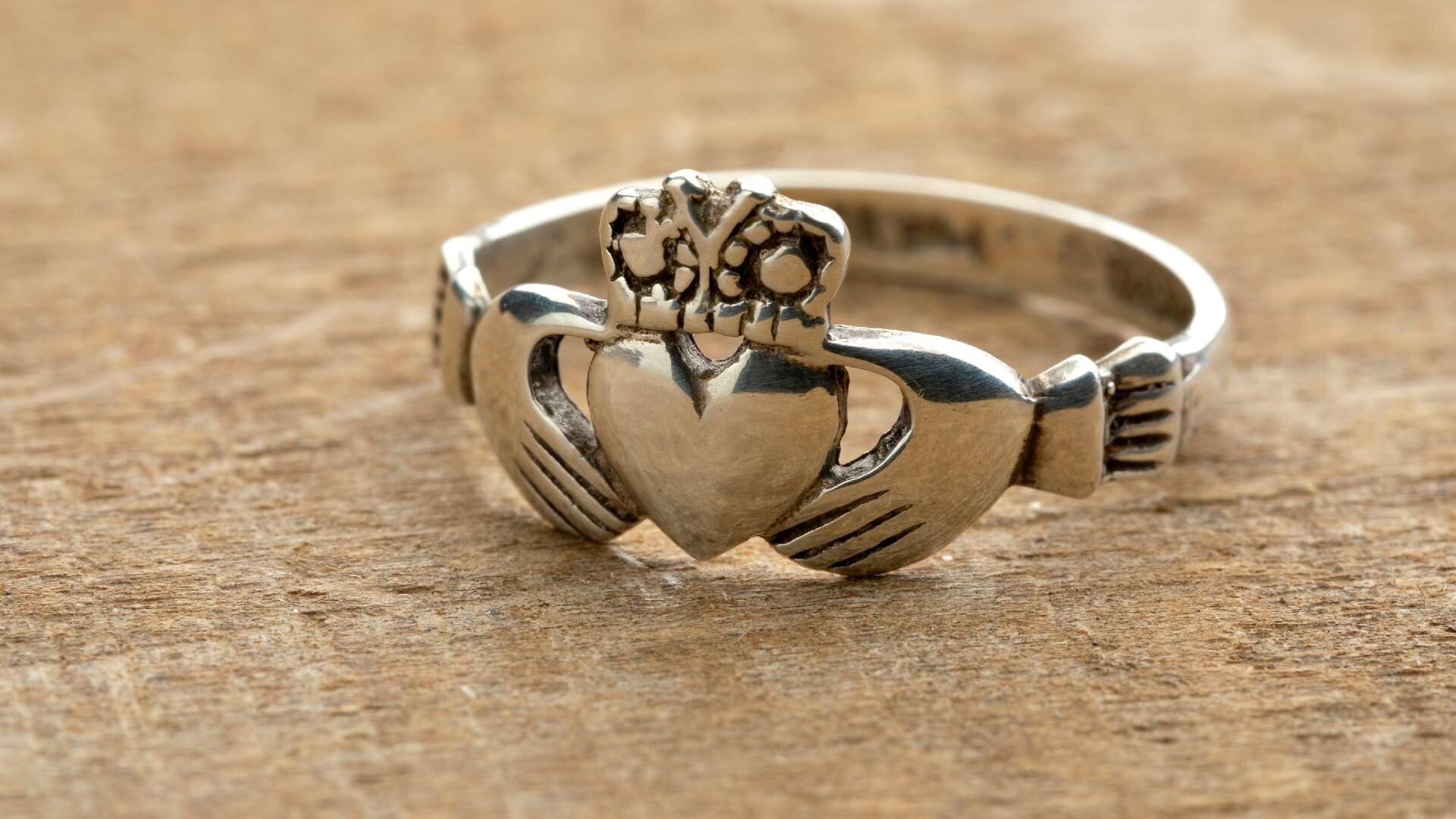 Fede rings are an enduring legacy of Ancient Rome. This ring style is easy to identify: two hands clasped together in friendship or love — or in Latin, in dextrarumiunctio. More obscure after the rise of the Byzantine Empire in the 4th century, fede rings became popular again in the 12th and 13th centuries.

Fede rings are usually made out of metal, but you’ll also see examples with an inset cameo made of ivory, aquamarine, onyx or a similar semi-precious stone. Nowadays, the Irish claddagh ring represents the main remaining fede-style design on the market. 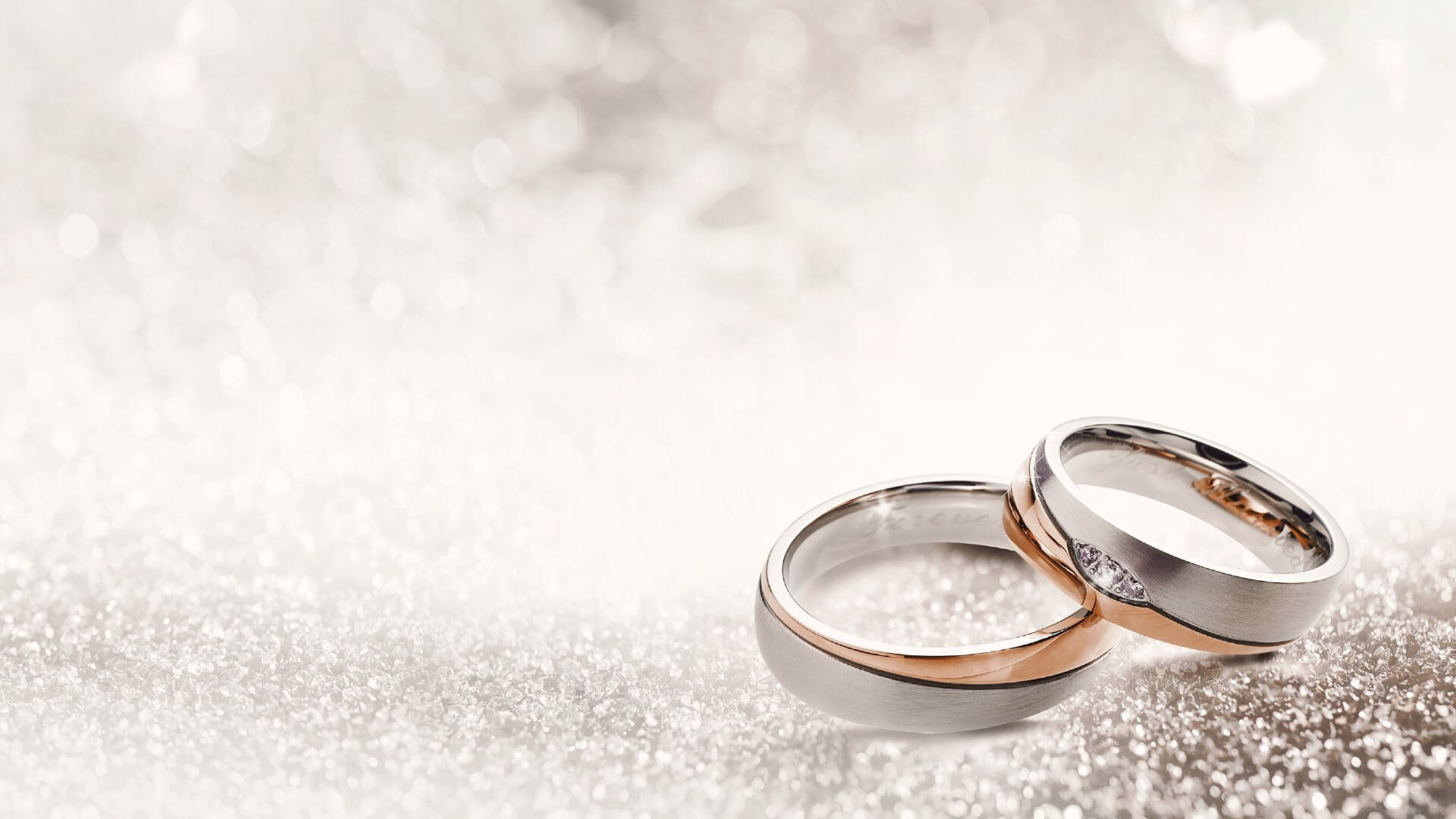 Modern wedding rings take inspiration from all of the types of rings we’ve written about so far. Most contemporary designs have a hint of the past buried somewhere within. Craftspeople still use gold to create ring settings, but now they have a rainbow of metal colors to choose from, including rose, white, red and even green. Rings made from palladium, platinum and titanium — metals completely unknown in the Middle Ages — sit in jewelry display cabinets all over the world.

Looking for a completely unique wedding ring or a coordinating bridal set? Design your own ring and weave ancient inspiration with avant-garde flair, or view our range of stunning preset wedding, eternity and stackable rings today. The gemstones in Allurez jewelry are all ethically sourced, rings are designed and crafted in America and 5% of profits go to charity, so you can shop with confidence.