What is the Significance of Opal? 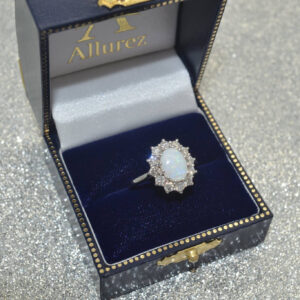 The immensely popular “Queen of Gems” or the opal, a birthstone for those born in the month of October (and traditionally, a gift given for someone’s 14th wedding anniversary), is a sight to behold.

However, with so many different definitions, meanings, derivations, misconceptions and preconceived notions floating around about the gemstone, we thought it would be a good thing to try and put things in black and white for you.

What are some common definitions of opal?

Let’s begin with some of the definitions that can be found online with a simple Google search. From Wiki to the Oxford dictionary, here are our top picks:

“Opal is a hydrated amorphous form of silica (SiO2·nH2O); its water content may range from 3 to 21% by weight but is usually between 6 and 10%. Because of its amorphous character, it is classed as a mineraloid, unlike crystalline forms of silica, which are classed as minerals. It is deposited at a relatively low temperature and may occur in the fissures of almost any kind of rock, being most commonly found with limonite, sandstone, rhyolite, marl, and basalt. Opal is the national gemstone of Australia.”

“…a gemstone consisting of a quartz-like form of hydrated silica, typically semi-transparent and showing many small points of shifting color against a pale or dark ground.”

“…a precious stone whose color changes when the position of the person looking at it changes.”

“…a usually amorphous mineral that is a hydrated silica… softer and less dense than quartz and typically with definite and often marked iridescent play of colors… used especially as a gem.”

Now that we are familiar with the basic concept and scientific composition of opal, let us turn the pages back to the origins of this enigmatic stone and how it got its name.

What is the origin of the name opal? 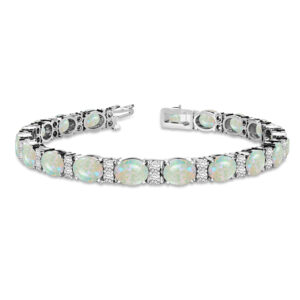 Most people believe that the name ‘opal’ was derived in the late 16th century from the French word opale or Latin opalus, possibly based on the Sanskrit term upala (which means precious stone). Its Greek derivative is opallios, which means seeing a change of color

What are some common varieties of opal?

While you may find hundreds of color variations when it comes to opal, the most common types are:

Characterized by its translucence and a color palette that has red, orange, green and blue in it, this particular variety of the opal is known for its dendritic inclusions.

Some of the other types of opal include:

Where is the opal stone found?

Australia is the biggest source of opal stones. However, they are also found in the western hemisphere in countries like the United States, Mexico, Brazil and Peru.

What are the healing properties and health benefits of opal? 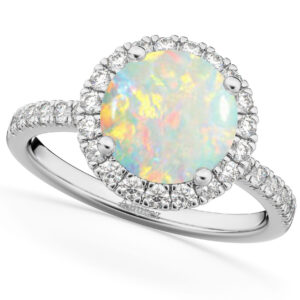 Having touched base with the definitions, origin, history and myths, let us now take a look at what medicinal value or properties an opal is known for.

There are several other healing energies that the opal is said to exude, and its invisible powers are not restricted to health benefits.

If we are to believe what mythological texts and literature have to say, different authors and historians have put on paper varied emotional, physical, mental and metaphysical properties that can be correlated to human traits.

The popularity of opal jewelry

From regal rings and stylish necklaces to brilliant bracelets and indulgent pendants, opal jewelery is all the rage today. Pieces like cufflinks and brooches are also very popular amongst the male customers around the world – especially in Australia, the United Kingdom and the United States.

With an array of physical stores, online jewelry businesses and even eCommerce sites, there is no dearth of options in terms of designs. However, while choosing a piece of opal jewelry, the most important thing to look out for is the quality.

And quality is the one thing that Allurez never compromises on. Check out our massive collection of alluring opal jewelery pieces at https://www.allurez.com/opal-jewelry and take your pick!

*Disclaimer: This piece of content is meant to serve as an illustration or translation of views, opinions and practices. It should not be considered an endorsement. The claims or beliefs herein may not necessarily be true. The article must not be considered a source of medical advice.