Wedding History: Why Are Diamond Rings a Symbol of Marriage?

Wedding History: Why Are Diamond Rings a Symbol of Marriage? 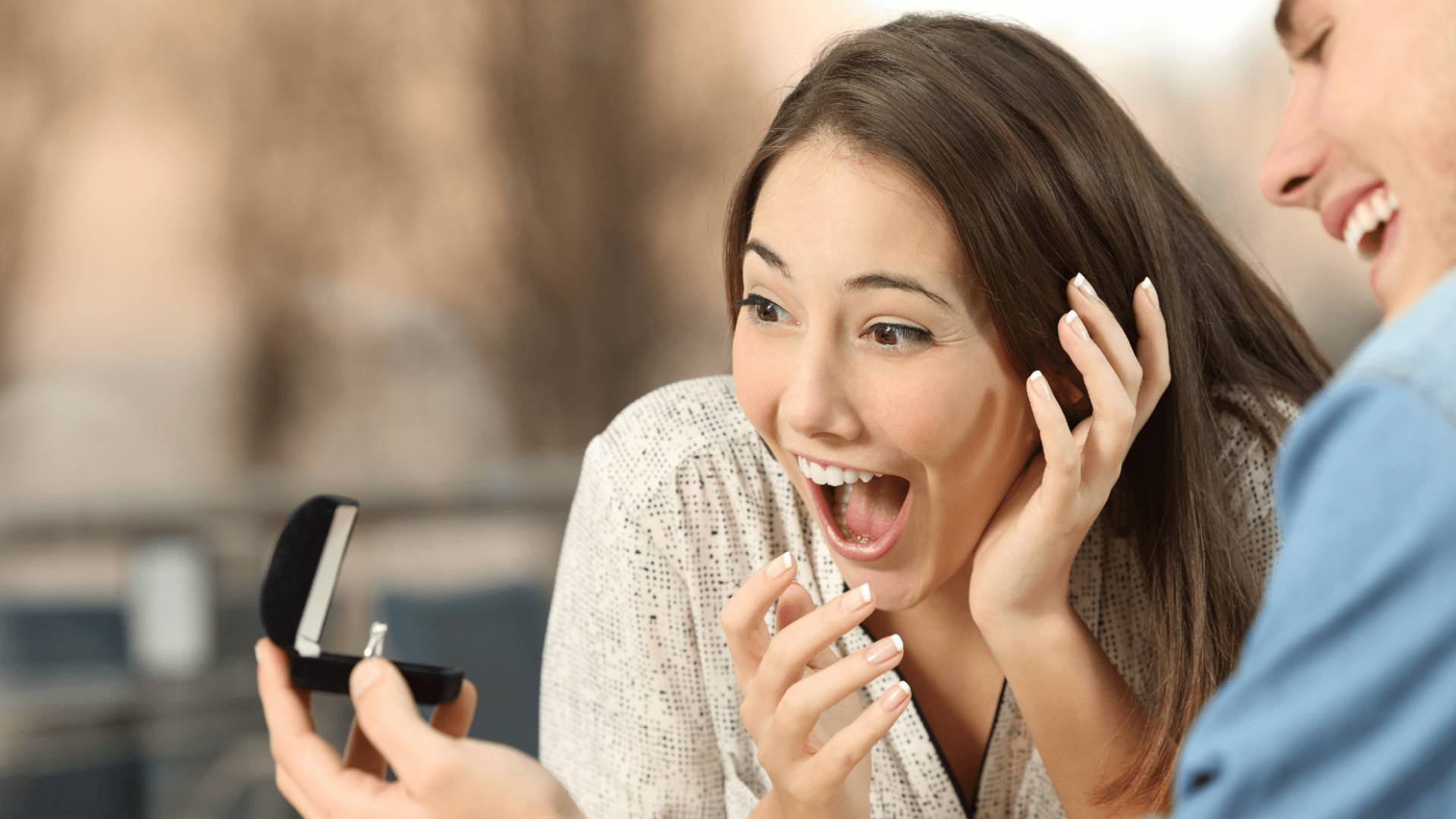 Year after year, diamonds top the list of most important engagement ring features. Over 90% of engaged couples choose a diamond to take center stage on their wedding jewelry. But why?

Somewhere along the way, diamonds became the official gemstone of weddings everywhere. Here’s a look at the history of diamonds and how they came to symbolize love, romance and those two oh-so-important words: I do.

Simplicity: A Look at the Original Roman Engagement Ring 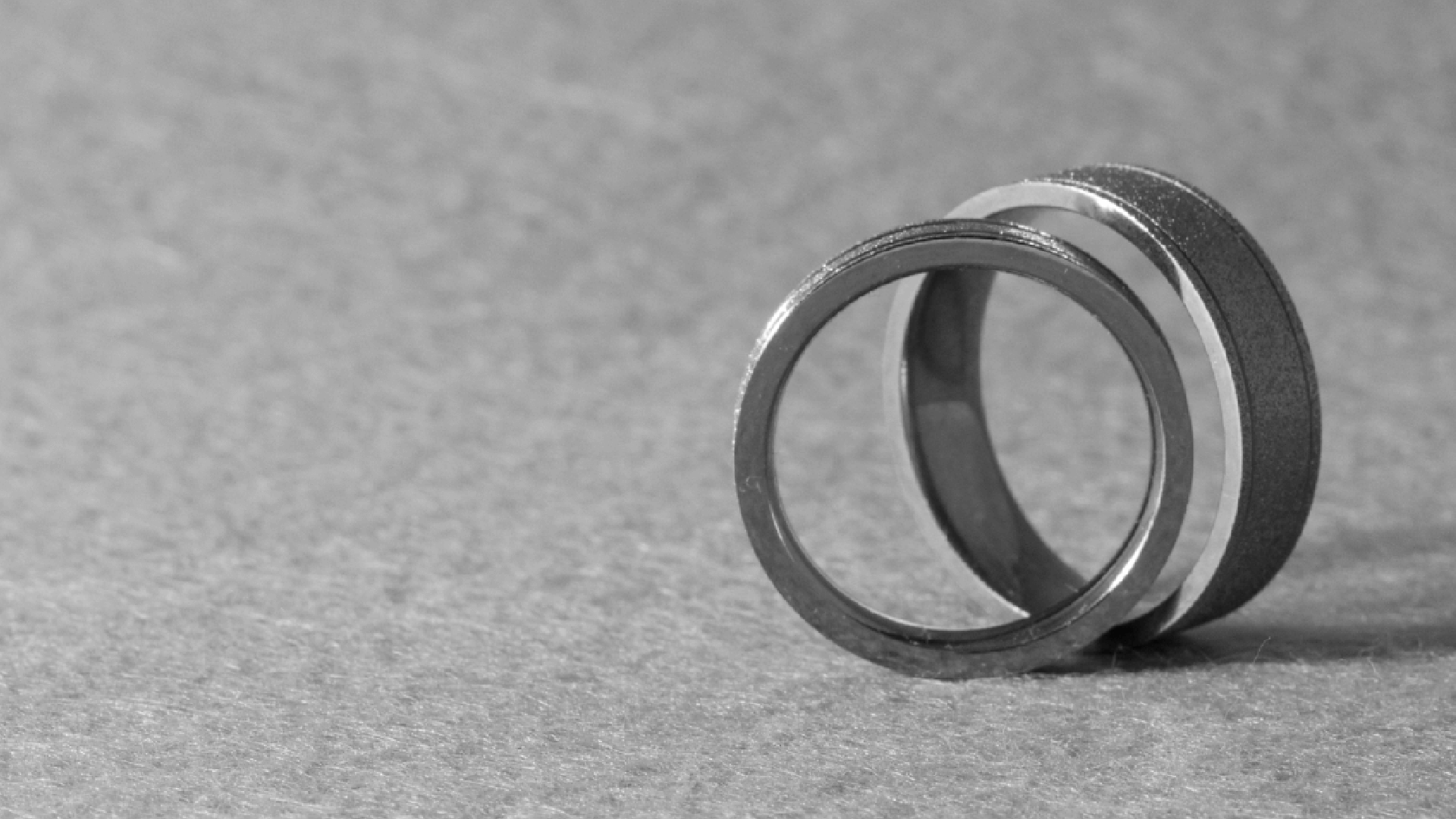 The idea of a formal engagement ring dates back to Roman times. Romans actually used two different bands: a simple iron band was worn around the house and then swapped out for a more impressive gold alternative in public. The idea of wearing wedding jewelry on the fourth finger of the left hand originated around the same time, too. Back then, Romans believed that there was a vein that ran from that finger straight to the heart, reinforcing the symbolism behind even the simplest of rings.

The only embellishment on these early rings was the occasional inscription. Couples might include a pet name or a phrase with deeper meaning, but not diamonds. It wasn’t until the Middle Ages that gemstones started popping up on engagement rings. Royalty favored deeply colored gems like rubies and sapphires for commissioned pieces, and that trend carried over to engagement rings too.

An Archduke, His Mary and the Dawn of All Things Diamond 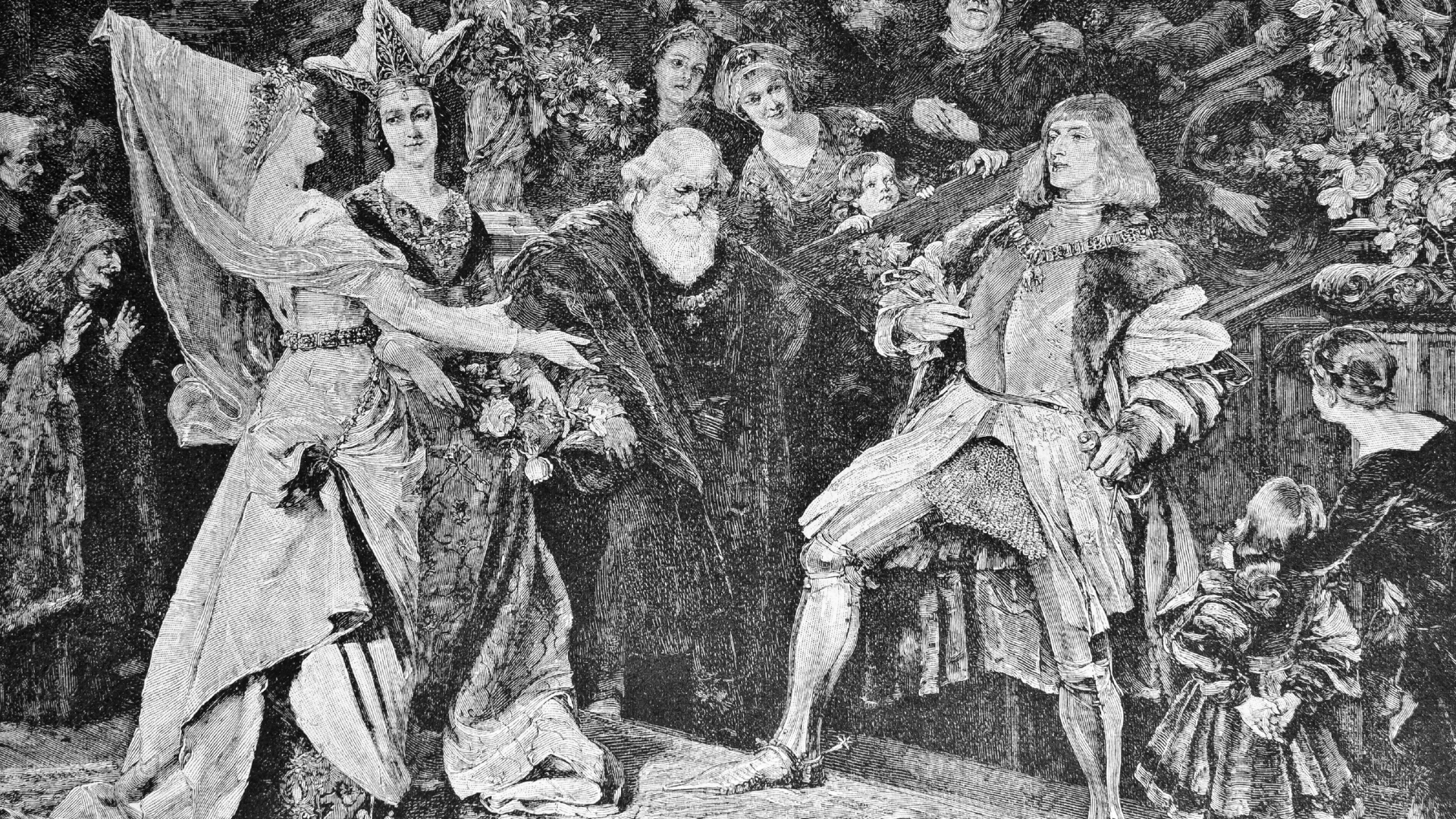 According to most sources, the first diamond engagement ring entered into official record was slipped onto the lucky finger of Mary of Burgundy by her future husband Archduke Maximillian of Austria. That was in 1477. It’s said we have Dr. Moroltinger — one of Maximillian’s advisors — to thank for this sparkly shift in tradition. He recommended a diamond because of its ability to resist both fire and steel. What better representation of the strength and longevity longed for in a happy marriage?

It should be noted that there are other possible origin stories that would predate Mary’s ring, though these tales aren’t quite as flashy. There was supposedly a will written in the late 1300s or early 1400s in which a widow bequeathed her diamond ring to the next generation. In another instance, a poem celebrating an aristocratic Italian wedding included the line, “Two wills, two hearts, two passions are bonded in one marriage by a diamond.” That wedding supposedly took place in 1475, two years before Max and Mary tied the knot.

Regardless, diamonds weren’t a new discovery (there is diamond jewelry from 300 BC), but the Archduke’s endorsement gave other aristocrats a new idea. Soon noble folks across Europe were choosing diamonds for their engagement and wedding rings, but not necessarily as the only gemstone. Many rings included a cluster of stones of varying size and color. Mary of Burgundy’s ring was not a solitaire, but a number of small, flat diamonds used to spell out her first initial.

A look at high-end jewelry from the time reveals something else: Those diamonds did not look like the diamonds of today. Cutting techniques were still primitive, resulting in stones that looked decidedly lackluster in comparison to modern day styles. To rev up the pizazz, those 15th and 16th-century jewelers crafted eye-catching settings that ranged from wreaths of leaves to intricate networks of fleurs-de-lis. Stones could rest in the leaves or be used to accent the curves and loops of a ring to dazzling effect. 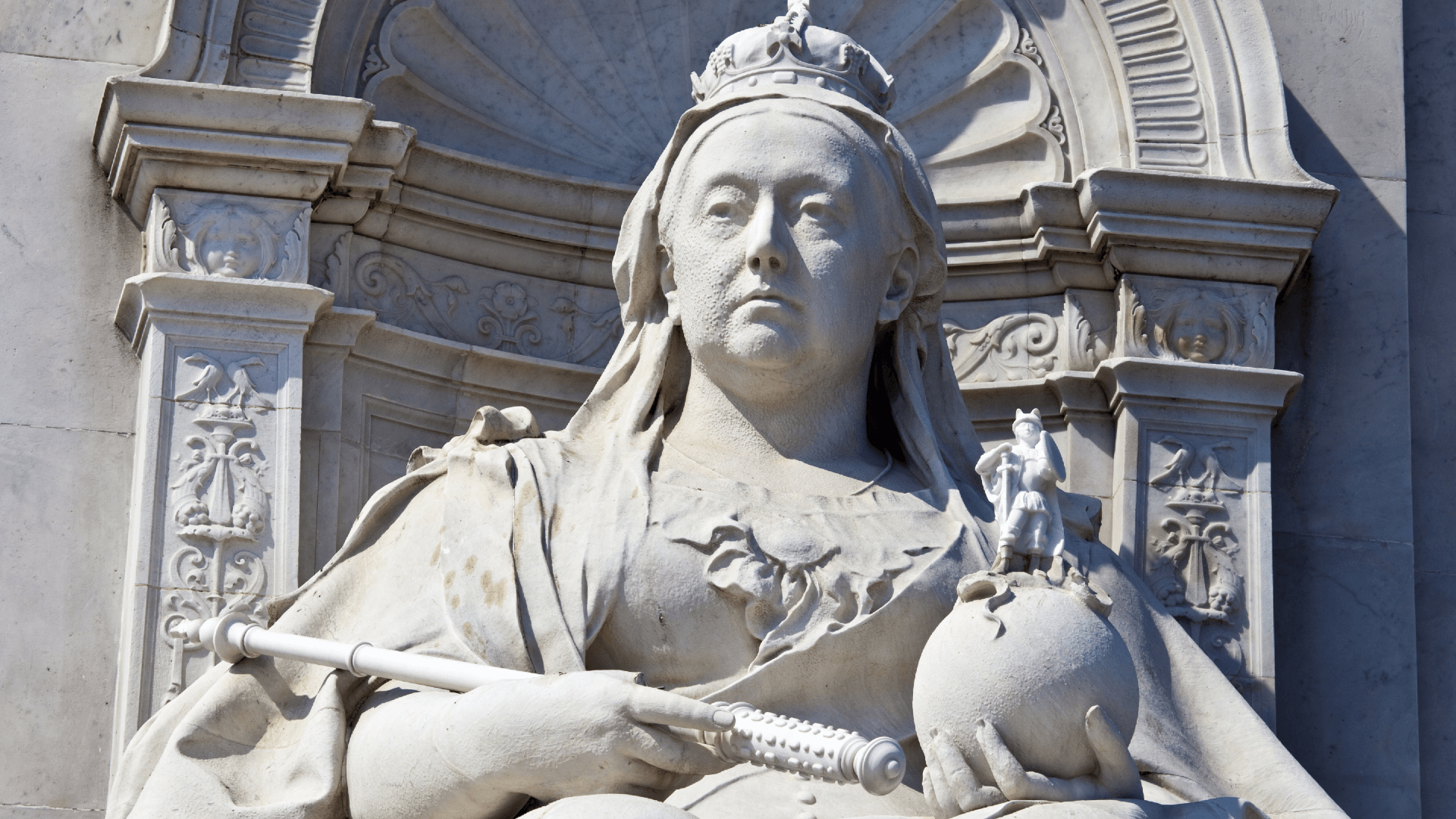 For several centuries, diamonds were reserved for the elite. They experienced a jump in popularity yet again in the mid-1800s because Queen Victoria herself was a huge fan of diamond jewelry. The rings from that period were gorgeously ornate. Once again, clusters of diamonds featured more prominently than single large stones, but now each stone was expertly carved and polished to create multiple glimmering facets.

Still, stores were limited, which meant diamonds were only available for exorbitant prices. The average person simply couldn’t afford them. Then miners discovered new caches of diamonds in Brazil and Africa. As more rough stones flooded the market, cutting and polishing techniques became even more refined. For the first time, diamonds were exuding a remarkable level of brilliance. There was no longer a need for diamonds to rely on serpentine settings and other gems to create a beautiful ring. Solitaire engagement rings entered the picture in the late 18th century — accented by an elegant, streamlined setting courtesy of Charles L. Tiffany — and they’ve never left. 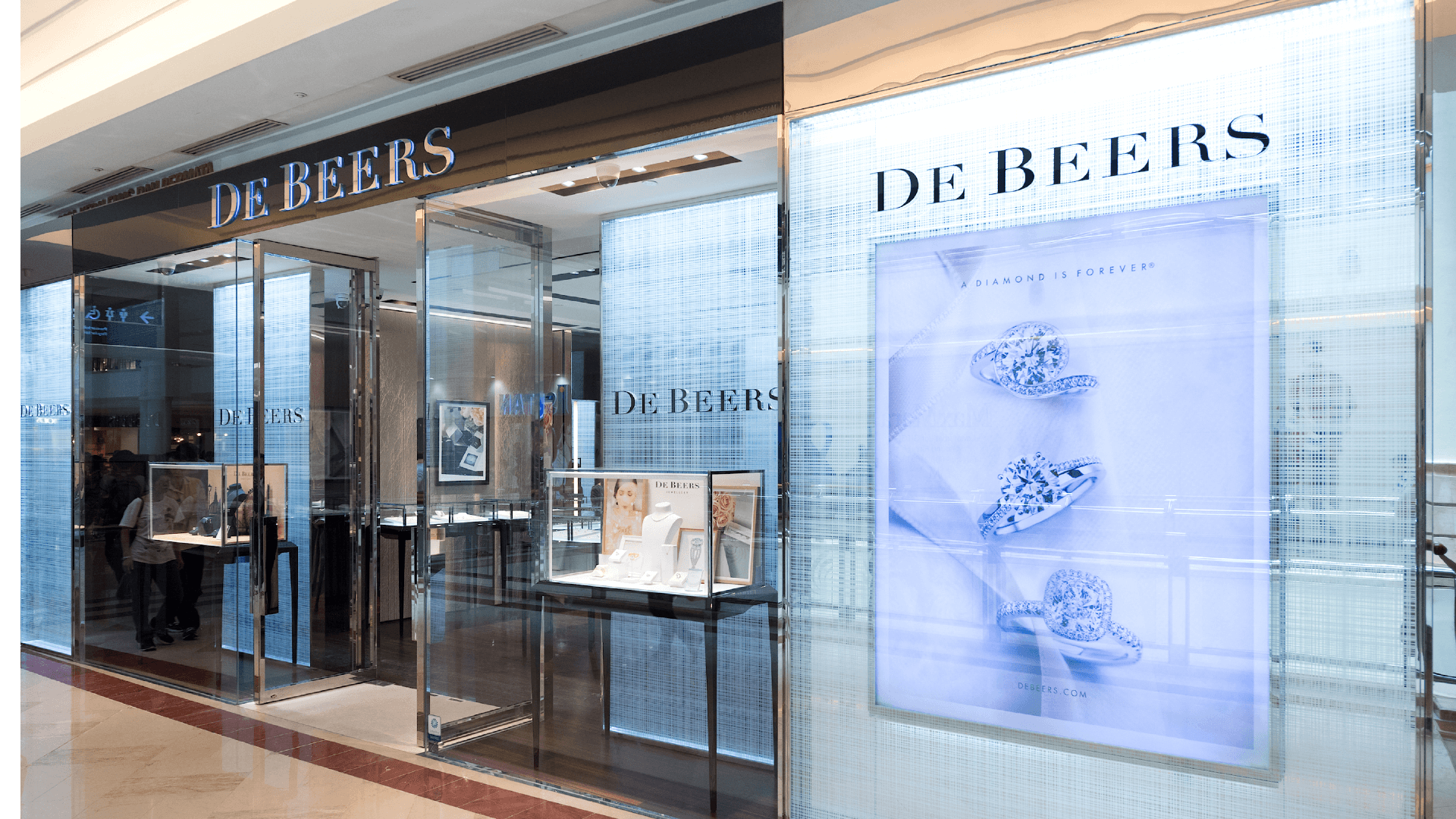 Finally, in the 1940s, diamonds got the break they needed to secure their place as the most popular jewel in the entire wedding industry, and it’s all thanks to a marketing campaign by a company called De Beers. Money was tight across the U.S.; diamond sales were lagging, and De Beers decided to design a marketing push around the stone. At the heart of the strategy was one of the very first instances of influencer marketing.

De Beers gave a slew of Hollywood actresses diamond jewelry to wear in their movies. Even the campaign’s ads were created by leading artists such as Dali and Picasso. By the time the “a diamond is forever” slogan hit in 1947, the public was already getting on board. When Marilyn Monroe dressed in head-to-toe pink and won hearts singing “Diamonds Are a Girl’s Best Friend” in 1953’s Gentlemen Prefer Blondes, history was made.

The impact of the De Beers campaign is still felt today. In fact, the oft-quoted idea that shoppers should spend two to three months’ salary on an engagement ring comes from that decades old campaign. (Psst… It didn’t hold true then, and it certainly isn’t a requirement now.) 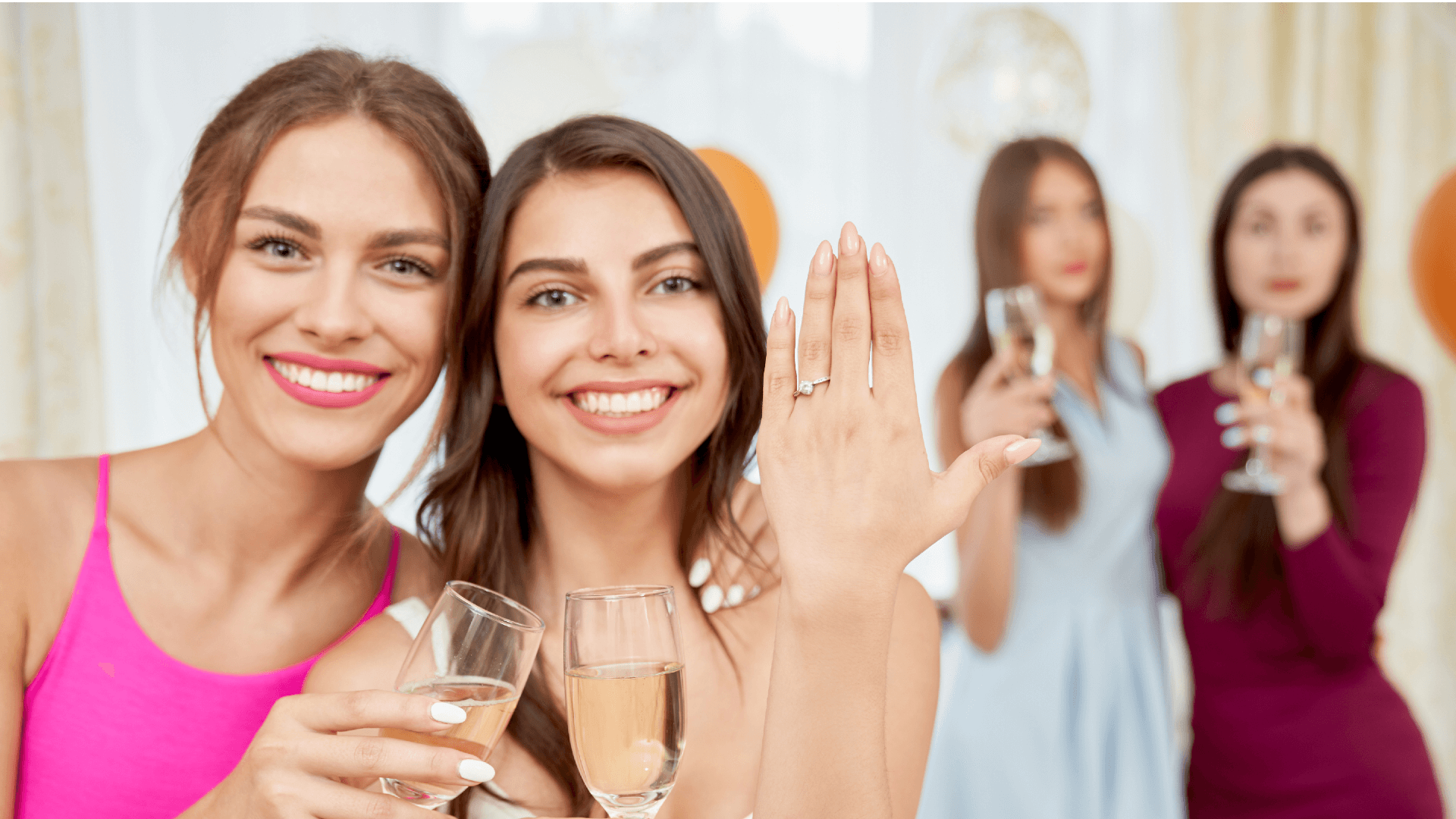 Between 1939 and 1990, the prevalence of diamonds in engagement rings jumped from just 10% to a staggering 80%. Today, the vast majority of brides will walk down the aisle sporting a diamond engagement ring, bringing thousands of years of tradition and evolution into a new marriage.

Diamonds are more than tradition. They’re seen as a symbol of many of the characteristics people want in a lifelong mate, including purity, love, innocence and fidelity. Because diamonds take billions of years to go from a raw material to a rough stone ready to be shaped and shined, they also represent longevity and dependability. Some people believe that the reflection of a skillfully faceted diamond can inspire creativity and fuel brainstorming sessions. Others see strength and courage, even relying on diamonds to ward off negative energy. Still others just can’t take their eyes off a gemstone with such clarity and universal appeal.

Opting for a diamond engagement ring as a symbol of marriage means following in the footsteps of millions of people who have embraced the very same ideals. The popularity of diamonds in wedding jewelry didn’t come about overnight, but that sort of slow burn just makes the meaning behind the stone even more profound.

Whether you choose to stick with a diamond for your engagement ring or explore non-diamond alternatives, your wedding day will be overflowing with significance. Check out our full catalog of preset diamond engagement rings or design your own to use a time-honored tradition to create a very personal future.