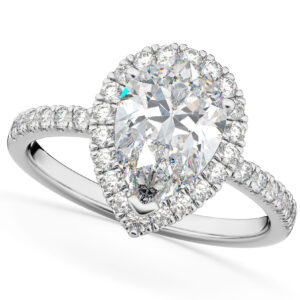 Some people want the effect of a diamond but can’t always pay the price for it – that’s where moissanite comes in! Moissanite engagement rings offer you the hardiness of a diamond, without taking the small toll on your wallet.

If you don’t know what moissanite is, the mineral was discovered in 1893 in a crater created by a meteorite that fell to Earth, by French Nobel Prize-winning scientist Henri Moissan. The mineral is a more affordable option than diamonds but it also has a few other qualities that may make it more appealing to you than the tradition diamond for your engagement ring.

Read all to learn all about the different types of moissanite and how it measures in comparison to diamonds. 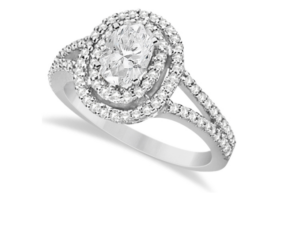 There are four types of moissanite:

Forever one colorless: This is the premium brand of moissanite because these gems fall within the range of internally flawless to very slightly included (IF-VS). Colorless moissanite are very sought-after.

Forever one near-colorless: Also a premium brand of moissanite but this version of a moissanite is flawless with some color.

Pure light: This is an intensely white colorless gem that is graded as D, E or F in color.

True light: This gem has true light that shows a distinct hearts and arrows pattern and has a Very Good+ to Excellent light behavior rating.

These are something to keep in mind whether you’re buying an moissanite jewelry or designing your own moissanite engagement ring. 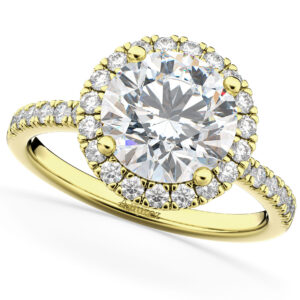 Moissanite vs mined or lab-grown diamonds

The standard for engagement and wedding rings, but also the pinnacle of fashionable jewelry over the years, is the traditional mined diamond, which is formed deep below the Earth’s surface over millions of years. They are rare, unique and therefore intrinsically highly valuable.

Lab-grown diamonds are actual diamonds with the same physical, chemical and optical properties as mined diamonds, but they are produced in a laboratory.

The mineral moissanite, which is very rare and scarce, is nowadays almost always lab-grown, and in fact for a fraction of the cost of even lab-made diamonds. Created moissanite is silicon carbide formed as a single crystal. It comes in all of the same cuts, settings, and configurations in which diamonds can be made.

If you hope to be eco-friendly, because moissanite is lab-grown, it’s a great choice for you because there is no mining involved in its creation process. It is not harmful to the earth and it is not involved in any conflict trade.

Life & Style magazine in early August cited a new study that said, “A recent survey we conducted supports that gemstone engagement rings are becoming increasingly popular… and 22 percent of millennials are open to the idea of diamond simulants like moissanite. This survey also found that roughly half (46 percent) of adults don’t think an engagement ring needs to feature a diamond.”

Diamonds are traditional and expected but moissanite came, literally, from the stars so having a moissanite ring will make your rocker different from everyone else’s. Also on the Mohs Scale of Hardness, moissanite is rated as a 9.25, which is higher than any other gemstone besides diamonds, making it extremely durable and great for everyday wear. It  comes in second to diamond in terms of hardness. Diamonds, which are the hardest known mineral, score a 10 on the scale.

Moissanite also has a higher brilliance and fire (meaning sparkle and light- dispersion) than a diamond so it gives off more of a sparkle than the latter. 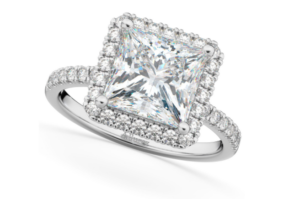 Moissanite is also cheaper than diamonds, and it could be a big difference in price. While a diamond’s price tag depends on its cut, clarity, and other factors, moissanite stones are usually the same price and vary only with size and type of moissanite (enhanced or non-enhanced). The affordable pricing for moissanite is in fact one of its most appealing qualities to bride-to-be’s or their partners.

According to an article in Money magazine, “while a perfect, colorless two-carat diamond will cost you upwards of $40,000—and an imperfect one-carat diamond can still set you back nearly $10,000—a nearly flawless one-carat moissanite gem costs less than $1,000.  And thanks to recent innovations in the way they are made, moissanite stones are tough to distinguish from natural diamonds, even for experts.”

A jewelry expert cited by Life & Style magazine said, “For customers that love the look of a diamond but are deterred by price point, gemstones like moissanite and white sapphire, which are priced substantially lower than diamonds, can be good alternatives.”