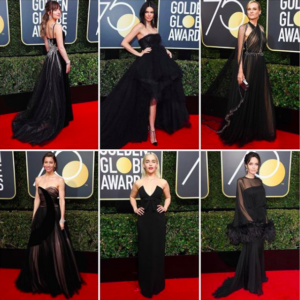 When staring at celebrities walk down the red carpet at the 2018 Golden Globes, you probably wished you had the opportunity to wear the same luxe jewels and precious stones as your favorite actresses. You’re eyeing that diamond necklace and wish you had one of your own, or you’re staring at Mandy Moore’s ombre-looking ruby earrings and praying you win the lottery so you can spoil yourself with a pair. Heck, what girl doesn’t think about jewelry when looking at red carpet events?

Well, Allurez is here to help you recreate the red carpet looks of your dreams. We’ve found pieces that match those worn by actresses on the red carpet, from their rings to their necklaces and earrings.

First up is Helen Mirren, one of the many acclaimed actresses who opted to wear a bold diamond necklace at this year’s award ceremony. Its very hard to go wrong with a diamond necklace, no matter what you’re wearing, and the 72-year-old British actress wore hers with a long sleeve, leg-barring black lace gown, and finished the look with red lipstick.

Mirren joined Viola Davis on stage to present Best Performance By An Actor In A Supporting Role in any Motion Picture. 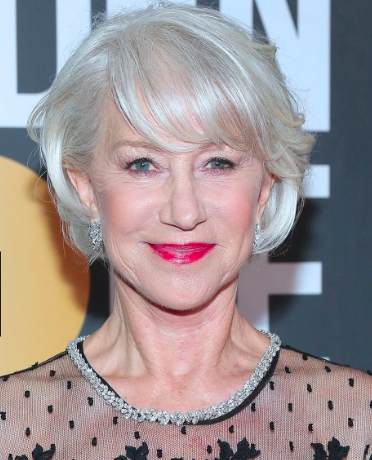 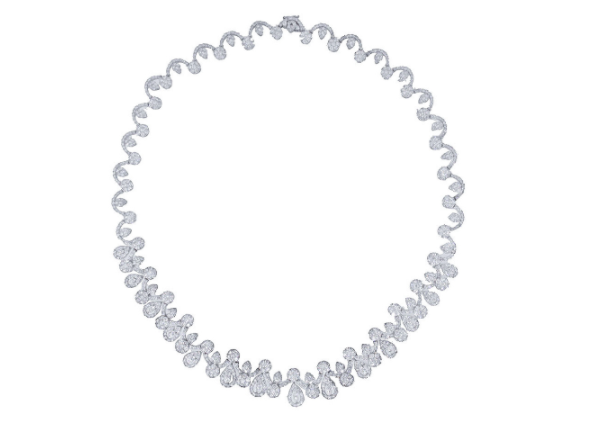 Next is This is Us star Mandy Moore, who drew lots of attention not just for her black and red Rosie Assoulin gown but also for her pink and red drop earrings and its matching bracelet, which both complimented the red sash of her dress. Moore, who was nominated at this year’s Golden Globes, completed her look with lipstick of a similar orange-red hue. 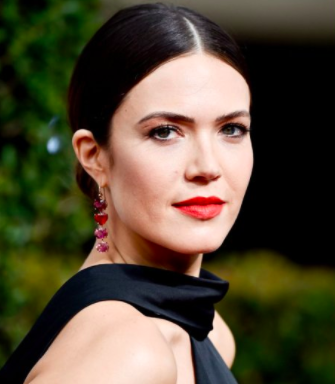 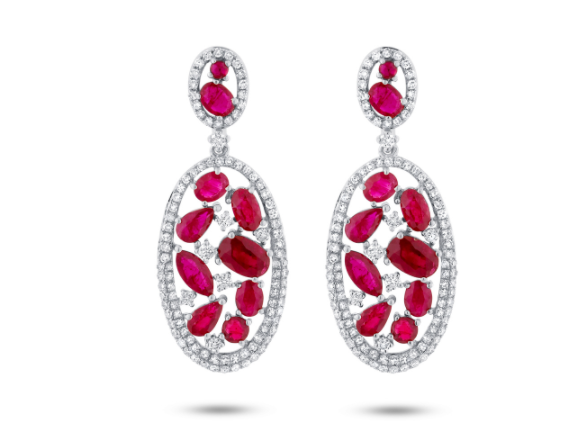 Jessican Chastain wore breathtaking diamond earrings with her black and silver dress at the Golden Globes. She was nominated for Best Actress in a Motion Picture, Drama for her role as Molly Bloom in Molly’s Game. Allurez found similar 2.07ct 14k white gold diamond earrings and click here for a similar version with rubies. 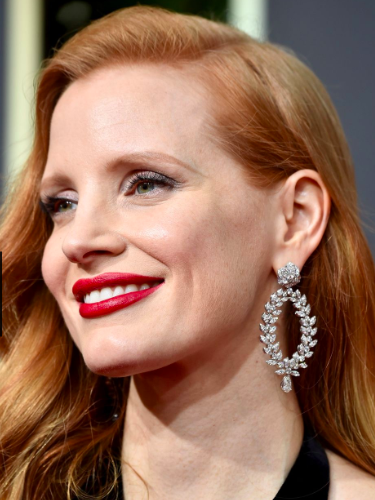 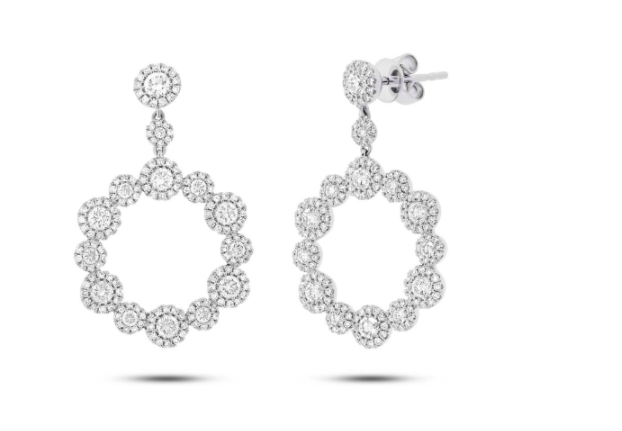 I, Tonya star Allison Janney wore ear crawlers with a patterned long dress. The actress in fact took home the award for best supporting actress in a motion picture at Sunday night’s ceremony for her role in I, Tonya. Janney portrayed Tonya Harding’s mom, LaVona Fay Golden, in the true story of figure skater Tonya Harding’s career and the 1994 attack on fellow skater Nancy Kerrigan that got Harding banned for life from figure skating. 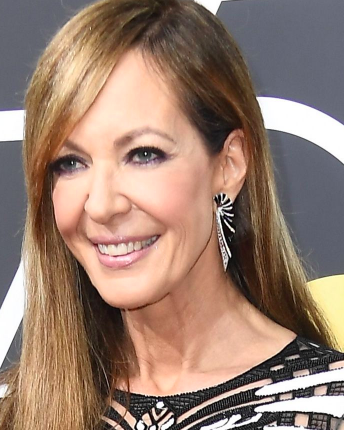 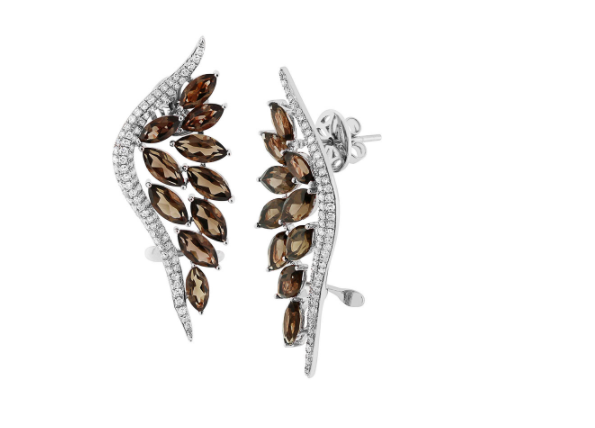 Last but not least, for those Game of Thrones fans who want to have their own version of Emilia Clarke’s simple but elegant necklace that she wore to the Golden Globes, Allurez has this diamond chevron pendant V-shaped necklace in 14k white gold.

The British actress, who plays Mother of Dragons Daenerys Targaryen in the popular HBO series, paired the necklace with a sleek black gown. Clarke and her co-star Kit Harington presented actor and comedian Aziz Ansari with the award for Best Performance by an Actor in a Television Series, Musical or Comedy for his role as Dev Shah in Netflix’s Master Of None. 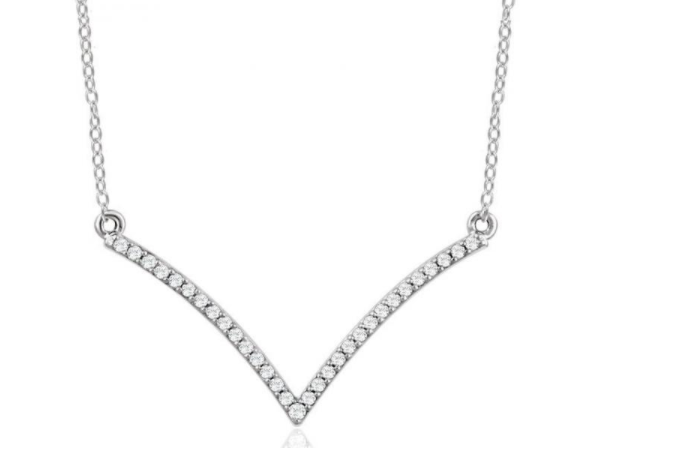