Bring On The Birthstones 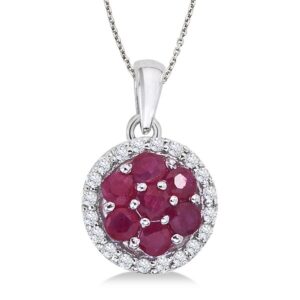 The idea of a birthstone is not as recent as many people think. In fact, the concept has been around for centuries. It was just that a standard list of birthstones was not created until the early 1900s. When you need to know your birthstone, look no further than the list below. Embrace your own special birthstone for amazing and personal jewelry!

January – Garnet
The deep red gemstone known as garnet might seem like an odd choice for the month of January, but it was actually selected as a way to add a little fire and heat into the month. With the snow and ice swirling all around, you could use a gem that looks like a sparkling ember from a fire pit.

February – Amethyst
The fun and flirty amethyst calls February its birthstone home. The bold purple coloring was once associated with the regal lifestyles of royalty.

March – Aquamarine
The light bright blue of aquamarine has always been linked to the oceans—thus its name. The wearer of aquamarine was thought to gain knowledge and inspiration from the seas as well.

April – Diamond
The idea that a diamond is a birthstone might take some people off-guard. It is actually used to protect the innocence of those born in April in addition to bringing out their best qualities.

May – Emerald
With the bold greens associated with spring fully blossoming into summer, the fact that May’s birthstone is an emerald winds up being a pretty obvious selection. It is even a popular choice for fashion jewelry even if you aren’t born in May!

June – Pearl
The beautiful and smooth pearl is the only gemstone that is created by a living creature rather than deep within the earth. These special gems are highly valued for their beauty and overall elegance.

July – Ruby
The bold and bright ruby is the perfect choice for the summer heat of July. It was known as a symbol of both love and immortality during ancient times.

August – Peridot
The bright green gem known as peridot is one of the most unique birthstones. They can be found within volcanic rocks and were thought to have special healing properties.

September – Sapphire
The vivid blue sapphire is one of the most popular birthstones because so many people love the deep coloring. The velvety blue is believed to bring out loyalty and sincerity in the wearer.

October – Opal
Opals are actually rather curious gemstones due to the fact that they can actually come in so many different shades with different reflective and shimmering qualities. This play of color makes it a highly prized possession.

November – Citrine
With the changing of the leaves and fall being in full swing before heading into winter during November, citrine was an obvious choice for the birthstone because it is the exact orange shade of fall leaves. Its name actually comes from the French word for lemon.

December – Blue Topaz
The topaz gemstone actually comes in many different colors, but the bright blue shade seemed the best choice for December as it looks like a brilliantly blue ice crystal.

About Allurez
Allurez is the premier designer and retailer of high quality fine jewelry with a brand name known to royals as well as to the rich and famous. We are committed to providing you with the largest and the finest selection of engagement rings, wedding bands, bridal jewelry, fine fashion jewelry, and certified loose diamonds. Go ahead, browse our store, and find your perfect jewel!

Allurez is the premier designer and retailer of high quality fine jewelry with a brand name known to royals as well as to the rich and famous. We are committed to providing you with the largest and the finest selection of engagement rings, wedding bands, bridal jewelry, fine fashion jewelry, and certified loose diamonds. Go ahead, browse our store, and find your perfect jewel!