Is Moissanite The New Cubic Zirconium?

Moissanite, also known as silicon carbide, is both rare and brilliant. Its unique qualities make it an incomparable gem. Often described as similar to diamonds in appearance, Moissanite is brighter than any other gemstone. However, what makes Moissanite most attractive is its much more affordable price point. Envious peers will be captivated by a grand statement of luxury and only you know what you paid for it. 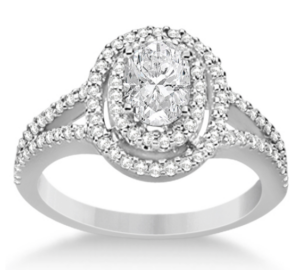 Moissanite was discovered in 1893 by Dr. Henri Moissan, a French Nobel Prize-winning chemist. The story of his discovery took place at a massive meteorite strike in Arizona, where he discovered many particles that he originally took for diamond. They were hard and had an unremarkable shine just like diamonds. However, after testing it was found that this particles were made of silicon carbide. Moissan spent the the remainder of his life trying to re-create this naturally discovered gemstone. Similar to diamonds, Moissanite is in fact one of the hardest materials on earth and some believe that this gemstone is even more brilliant than a diamond. 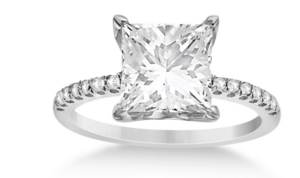 The stone has a refractive index (aka brilliance) ranging from 2.65-2.69, while diamond is 2.42 and cubic Zirconia is 2.17. Moissanite will never fade or dull and just like diamonds is almost unbreakable, susceptible to scratch or chip. One might say not only is Moissanite the new  cost-effective diamond alternative but it is perhaps superior. Watch out diamonds!

At Allurez we carry a range of Moissanite jewelry and there is always the option to customize. Review our education page for more information on Moissanite.