How to avoid conflict diamonds?

Did you know an Allurez diamond is truly rare from its origin to its appearance? Only 0.01% of the world’s diamonds meet Allurez’s standards to be used in our fine jewelry. That being said, at Allurez one of the most important measures we take in purchasing our diamonds, is to purchase diamonds from conflict-free nations. 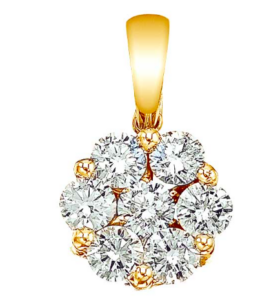 In 2006, many of us sat, in theaters, in awe of Leonardo Dicaprio’s performance in the acclaimed movie Blood Diamond. Do you ever wonder if your diamond purchase could be contributing to the gruesome brutality surrounding diamonds in some parts of the world?

“Blood diamonds” also known as  a “war diamonds” or “conflict diamonds” are diamonds that are sold in effort to fund war.  In many parts of Africa, diamonds are linked to acts of terrorism as well as cold-blooded acts of civil conflict. In Sierra Lion, diamonds are said to have a unique look to them that are unlike any other diamonds in the world, they are highly sought after. The abundance of these beautiful diamonds in the country could be a blessing, supporting the economy and improving the livelihood of many citizens of Sierra Lion. However, from 1991 to 2001 The RUF- rev united front- used diamonds to fund one of the most gruesome civil wars this world has seen, “revolutionists” murdered thousands of innocent civilians.  The war in Sierra Lione left the country traumatized until this day.

Today, two-thirds of the world’s diamonds are mined in African countries where these problems still exist, making it difficult to differentiate between a blood diamond and conflict-free diamond. What can we do to avoid conflict diamonds?

The global diamond industry, including retailers such as Allurez, has taken drastic steps to put an end to the trade of conflict diamonds. These steps include adhering to the strict import policies and the support of the Kimberley Process, which ensures that diamonds are imported from conflict-free nations. 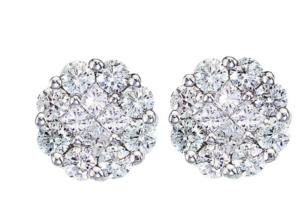 The Kimberley Process Certification Scheme (KPCS) was established in 2003, after being introduced by the United Nations General Assembly, to make sure that diamonds were not being sold to finance violence by rebel groups and their allies. This system seeks to track diamonds from the moment they are mined, to the point they reach the global diamond market. The members of the Kimberley Process agree only to trade amongst themselves. In addition, they inspect each other’s facilities, ensuring that the inspection process is unbiased.

Allurez has a zero tolerance policy towards blood diamonds. We will not import our diamonds from nations which use diamonds for financing wars or internal strife. This is the Allurez promise.