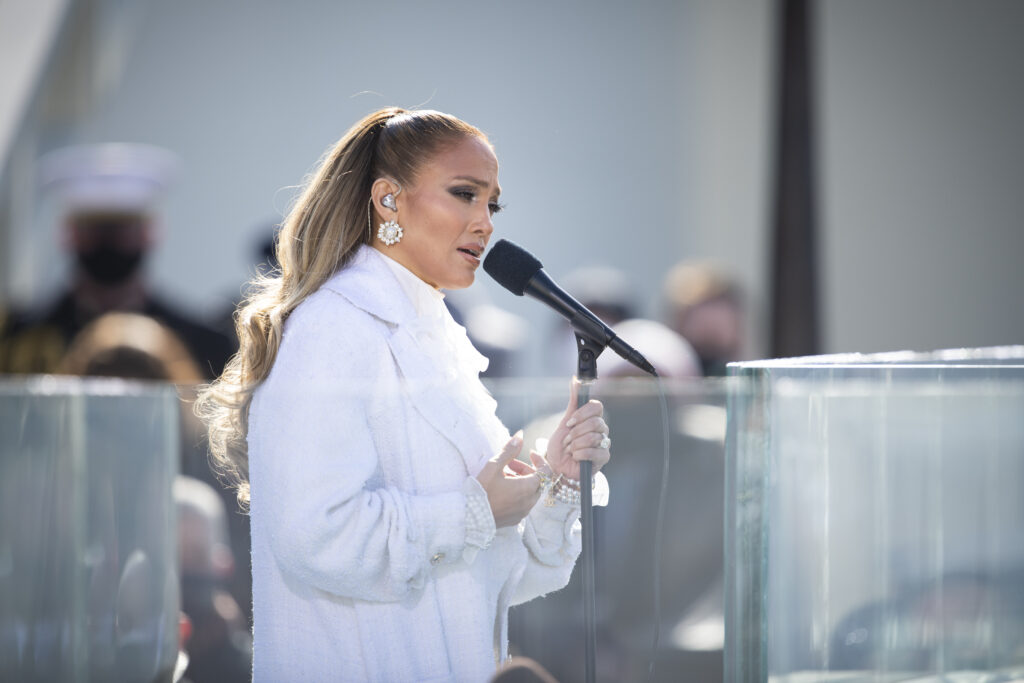 Jennifer Lopez’s new (and second) engagement ring from Ben Affleck is definitely one-of-a-kind, but how does it hold up in comparison to the first engagement ring the actor proposed with back in 2002?

The couple first started dating in 2002, after meeting on the set of “Gigli,” and got engaged in the same year. They were one of Hollywood’s favorite couples at the time, but they ultimately broke up with Affleck calling off their wedding in 2004 four days before it was set to take place. Now, after a few failed relationships for them both (including marriage, divorce and even kids) they’ve reunited and are engaged for a second time.  After nearly two decades apart, “Bennifer” got back together last summer and created a media frenzy with the news.

Lopez shared the news of their engagement in a special edition of her newsletter, “On the JLo,” and also showed off her green diamond engagement ring.

In another exclusive newsletter for her newsletter’s subscribers, the singer and “Marry Me” star opened up about Affleck’s intimate proposal, saying that she was taking a bubble bath when he popped the question.

“Saturday night while at my favorite place on earth (in the bubble bath), my beautiful love got on one knee and proposed,” she started off by saying. She added that the proposal was “nothing fancy” and noted, “It was the most romantic thing I could’ve ever imagined…just a quiet Saturday night at home, two people promising to always be there for each other. Two very lucky people. Who got a second chance at true love.”

“I always say the color green is my lucky color,” Lopez said. “I’ve realized there are many moments in my life where amazing things happened when I was wearing green.”

“The rarity of a natural green diamond cannot be overstated,” Grant Mobley, diamond expert at Natural Diamond Council, told People magazine. “Generally speaking, green is the second rarest natural color of a diamond with fancy red being the rarest. Only a small handful of green diamonds come to the market every year and almost never are they in the vivid color and size of this diamond.”

Mobley added, “The exact color grading of the diamond has not been disclosed, but it is clear in the photos that it is exceptional and among the most rare.”

Andrew Brown, CEO of New York City-based luxury buying company WP Diamonds, told People: “Green diamonds are indeed extremely rare. Not quite as rare as pink diamonds, but, the intense and vivid greens found to date have been smaller than pinks we have seen.”

How does the diamond get its unique green color?

Mobley explained: “Green diamonds get their unique color from the exposure to natural radiation deep within the Earth after they have formed and this causes them to reflect green light. It is very rare for this to penetrate through the entire rough diamond and therefore is usually just a thin layer on the surface of the rough diamond. This fact makes green diamonds among the most difficult to cut and a diamond like this could have taken a year or more to plan and cut to ensure that it reflects the best cut and color possible.

Mike Fried, CEO of The Diamond Pro, told Page Six Style that the ring is most likely worth “well over $5 million and could be worth more than $10 million.”

This is the Lopez’s sixth proposal. When she got engaged to Affleck in 2002, he gave her another colored diamond: a 6.10-carat pink diamond, also on a platinum band, that was also flanked with white, trapezoid diamonds, and set in mixed metal. The radiant cut engagement ring was estimated at $2.5 million.

After the couple split, Lopez married fellow singer Marc Anthony in 2004. In 2008, the couple welcomed twins Max and Emme (who are now 14) but sadly the couple divorced three years later. In 2019, she got engaged to former baseball player Alex Rodriguez, but they parted ways in March 2021.

Affleck also went on to get married after breaking up with Lopez. The actor wed actress Jennifer Garner in 2005, but they eventually divorced in 2015 after 10 years together. They co-parent their three children —Violet, 16, Seraphina, 13, and Samuel, 10.