Amethyst Jewelry – All About February’s Birthstone and It’s Symbolism 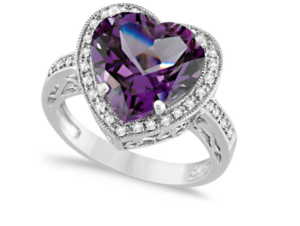 The birthstone of February is amethyst and there’s a lot to say about the purple-hued stone.

Amethyst is made of quartz – the second most abundant material found in the Earth’s crust – and it comes in a variety of purple tones that ranges from a blend of deep violet and red to a lighter lilac hue. The American Gem Society said the gemstone can actually range from a light pinkish violet to a deep purple that can appear blue or red, depending on the light. The stone can even have layers or color variants, and the way the gemstone is cut determines the way the color shows.

In terms of hardness its a 7 on the Mohs scale, which is the same as other quartz, making it a durable and suitable for jewelry. Amethyst pendants, rings, bracelets and earrings come in all different kinds of styles. 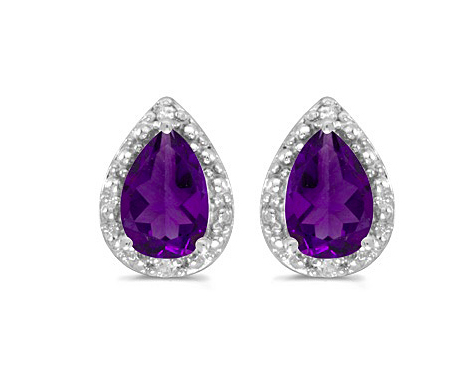 Amethyst jewelry has been found and dated as early as 2000 BC. It was favored by nobility and members of the clergy for many years. The Queen of England has a famous set of amethysts in her jewelry collection, called the “Kent amethysts” and some of Elizabeth Taylor’s most memorable jewelry were amethysts.

The name of the stone comes from the ancient Greeks and is derived from the word “methustos,” which means “intoxicated.” Ancient Greeks believed the gemstone could protect its wearer from drunkenness, and make sure they are clear-headed and fast-witted. Artist Leonardo Da Vinci also believed that amethyst could dissipate evil thoughts and quicken the intelligence. The stone is often associated with peace, courage and stability. Amethyst can be found all over the world and often forms in geodes or in the cavities of granitic rocks.

Amethyst is not only the February birthstone but is also used to celebrate the 6th and 17th year of marriage, according to the American Gem Society. 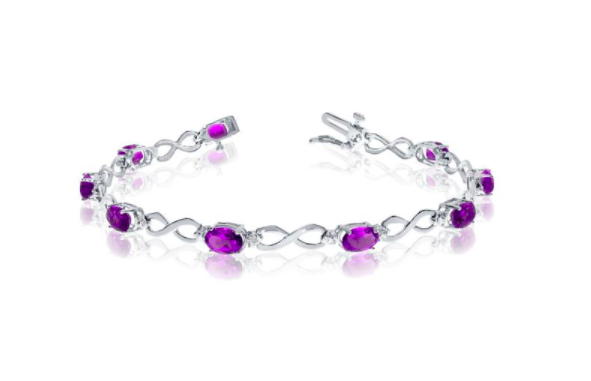 Amethyst is rooted in many different religions, cultures and legends. For example, it is believed that Saint Valentine had an amethyst ring carved with an image of Cupid and in the Old Testament, amethyst was one of the twelve gemstones used to represent the twelve tribes of Israel. 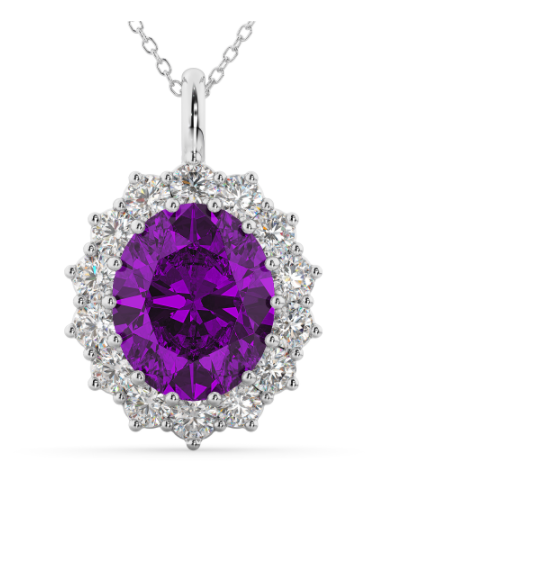 Whether you’re buying amethyst for yourself or as a gift – for individuals born in February, or an anniversary – its a statement piece because of its beautiful color.