Red, White and Blue Jewelry in Honor of Fourth of July 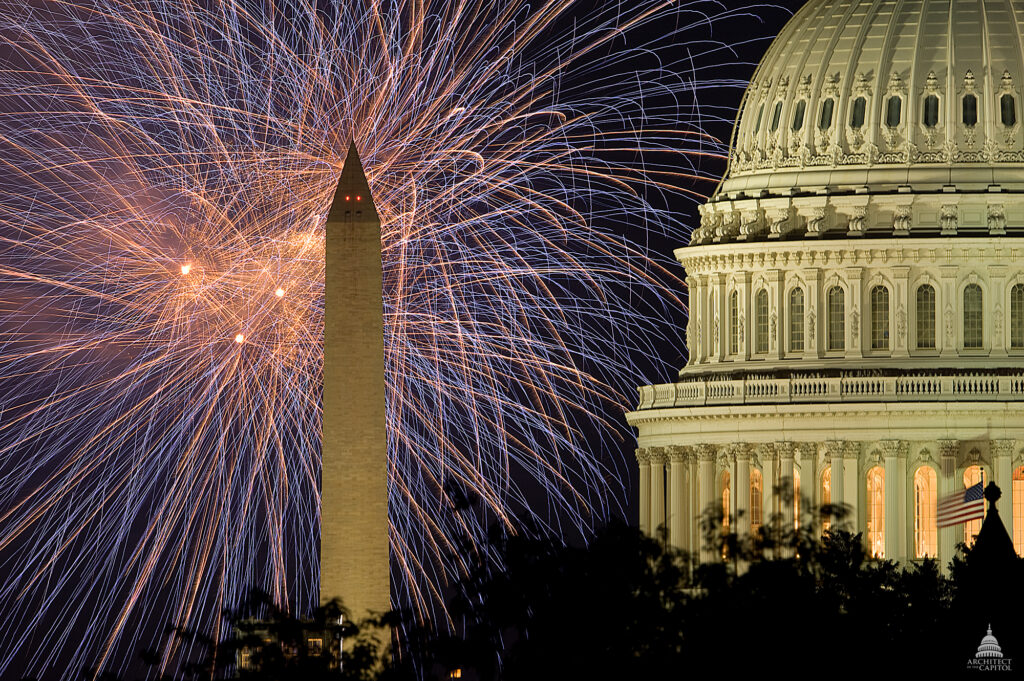 Fourth of July at the US Capitol. Photo: Wikimedia Commons.

Independent Day commemorates the Declaration of Independence of the United States, on July 4, 1776, and brings out the inner patriot in Americans. The day is usually celebrated with lots of red, white and blue, in honor of the American flag, and while they’re mostly seen in decorations or banners, we thought to focus the colors on something more sparkly.

So why not spice up your Fourth of July outfit with some red rubies, blue sapphires or opal jewelry. Coincidentally enough, rubies are also July’s birthstone.

The color of passion and desire, the word for ruby in Sanskrit is ratnaraj, or “king of precious stones.” In ancient Hinduism, some believed that those who offered rubies to the god Krishna could be reborn as emperors. Vogue explained, “Rubies were divided into four castes. The Brahmin, for example, granted the advantage of perfect safety. The stone is also mentioned at least four times in the Bible, usually as a representative of beauty and wisdom.”

Because of the stone’s likeness to the color of blood, many early cultures also believed that rubies contained the power of life. Ruby jewelry was favored by many royals, including Queen Elizabeth and the Duchess of Windsor Wallis Simpson. European royalty and the upper classes also thought rubies guaranteed good health, wealth, wisdom, and success in love.

Rubies were also favored by Elizabeth Taylor and are memorable for their iconic feature in the film “Pretty Woman,” when Julia Roberts’ character is given a dazzling ruby and diamond necklace from Richard Gere’s character. 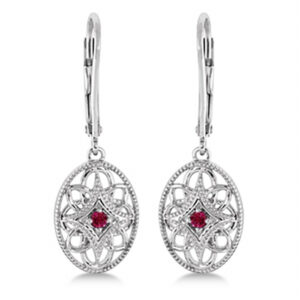 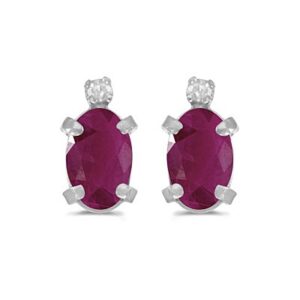 Sapphire, the birthstone for September, is formed from the mineral species corundum.Corundum is composed only of aluminum and oxygen, and it needs a growth environment that’s silicon-free. It can be a pure blue — and that’s the most common color desired for sapphire — but ranges from greenish blue to violetish blue.

Sapphires come in at number 9 on the Mohs Hardness Scale, meaning that blue sapphire jewelry is pretty durable. While blue sapphires usually have some inclusions, they generally have better clarity than rubies. They’re sourced from a number of locations, including Madagascar, Tanzania, Sri Lanka, Myanmar and Australia.

They traditionally symbolize nobility, truth, sincerity, and faithfulness, according to the Gemological Institute of America. It has decorated the robes of royalty and clergy members for centuries and in 1981  Britain’s Prince Charles famously gave a blue sapphire engagement ring to Lady Diana Spencer, also known as Princess Diana, who died in 1997.

“In ancient Greece and Rome, kings and queens were convinced that blue sapphires protected their owners from envy and harm,” GIA said. “During the Middle Ages, the clergy wore blue sapphires to symbolize heaven, and ordinary folks thought the gem attracted heavenly blessings. In other times and places, people instilled sapphires with the power to guard chastity, make peace between enemies, influence spirits, and reveal the secrets of oracles.” 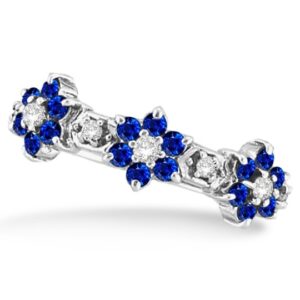 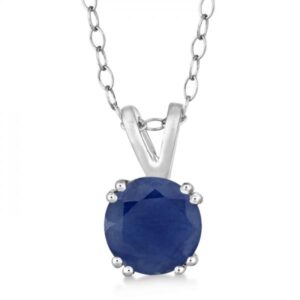 Because opal picks up the colors of other gems, the Romans thought it was the most precious and powerful gemstone. In ancient Rome it symbolized love and hope, and Europeans considered the gem to be a symbol of hope, purity, and truth.

Opal contains up to 20 percent of water that is trapped in its silica structure. On the Mohs Hardness Scale it’s a 5 to 6.5.

No two opals are alike because its numerous silica spheres form a variety of patterns and colors that are different in each stone.

In describing how opals are formed, GIA explained that the stone “is the product of seasonal rains that drenched dry ground in regions such as Australia’s semi-desert ‘outback.’ The showers soaked deep into ancient underground rock, carrying dissolved silica (a compound of silicon and oxygen) downward. During dry periods, much of the water evaporated, leaving solid deposits of silica in the cracks and between the layers of underground sedimentary rock. The silica deposits formed opal.” 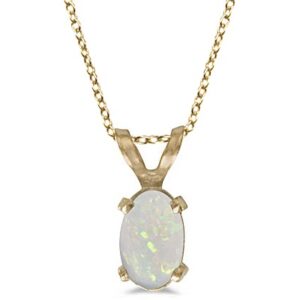 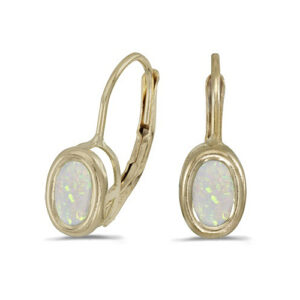